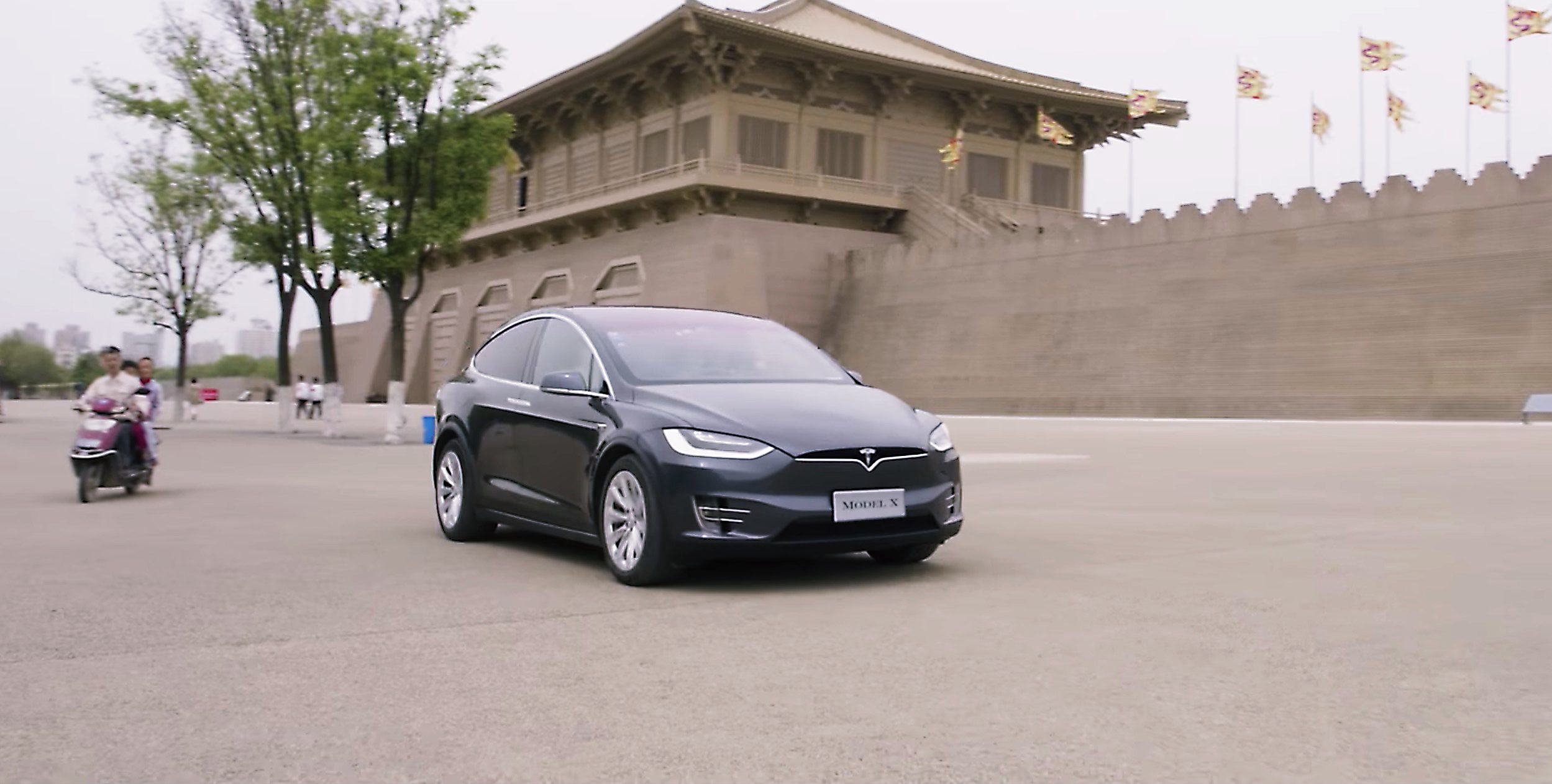 Tesla’s battle with the FUD (fear, uncertainty, doubt) campaign in China continues after a Model X owner claims the brakes on his all-electric SUV are faulty. The man was caught admitting that the story is fabricated, telling local media that “I know my car has nothing wrong with it.”

Over the past several months, Tesla has been sparring with owners in China who appear to be a part of an effort to derail the company’s momentum in the country. It all started a couple of months ago at the Shanghai Auto Show when a woman invaded Tesla’s booth at the event by jumping on top of a Model 3 and claiming that her brakes had failed during a drive with her father. The drive ended in an accident, and she blames it on Tesla’s “faulty brakes.”

She was sentenced to serve a few days in jail and has made every attempt to make her case as public as possible. She has gone as far as spraypainting the car as it sat outside of a Tesla showroom in China and has also denied any attempt that Tesla has made to resolve the issue. The automaker published a lengthy statement in May, indicating that it had offered to pay for a third-party company to assess the potential of a brake issue while paying for the study. She denied this and also said that data released by the automaker, which proved that the owner’s father, who was driving the vehicle at the time, traveled at excessive speeds during the journey and also had utilized the brakes successfully many times in the moments leading up to the accident, could have been fabricated or tampered with by Tesla.

This hasn’t been the only instance, and those who have decided to turn against the automaker have made it abundantly clear that there will be more attempts in the future to claim that Tesla’s vehicles are faulty and dangerous.

Now, a Model X owner in China named Mr. Wen is claiming that his vehicle has faulty brakes and is demanding that Tesla provide him with a newly refreshed Model X.

According to a statement on Tesla’s Weibo page, Wen suffered an accident in his vehicle, and Tesla reached out to him to figure out the issue. “At present, the initial remote diagnosis of the cause of the vehicle alarm is the right front wheel speed sensor, and the vehicle used by Mr. Wen at the time of failure…may be due to contamination of the wheel speed sensor or damage to the sensor line,” Tesla said (via @Ray4Tesla). “Mr. Wen’s vehicle has traveled more than 175,000 kilometers, which has exceeded the vehicle warranty.”

Tesla then suggested that the vehicle be towed to a Service Center in China so that it could be examined to determine the reason for failure and fixed properly. However, Wen has continued to drive the car over 800 kilometers, Tesla says, and has gone as far as claiming on the internet “that the vehicle has failed and it was dangerous.”

Tesla says it hopes that Mr. Wen will allow the company to conduct inspections and repair the car so it can be used normally as soon as possible.

Mr. Wen admits to media that “I know my car has nothing wrong with it”

According to Tesla, the blog Teslabot broke a recording of Mr. Wen admitting that the car has no issues. In a series of statements, he said, “I know my car has nothing wrong with it,” and “The coil is aging, or it is worn during the car wash. This is suspected to be the problem, my car will not have any major problems.”

Wen said that he didn’t have money to find media exposure and that “If you don’t make trouble, you can defend your rights normally, our police station will not participate.” 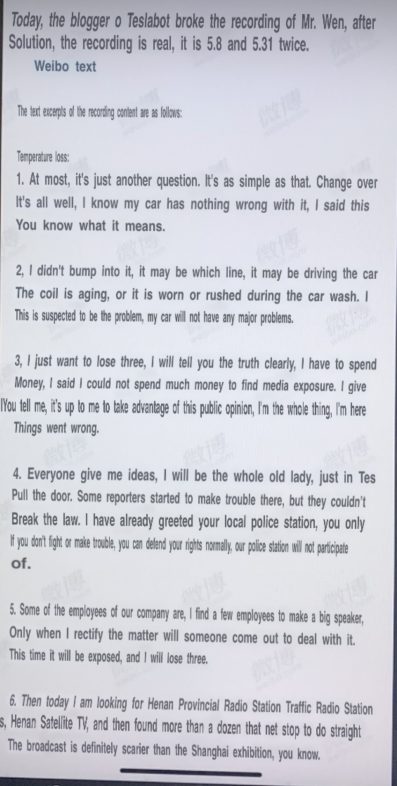 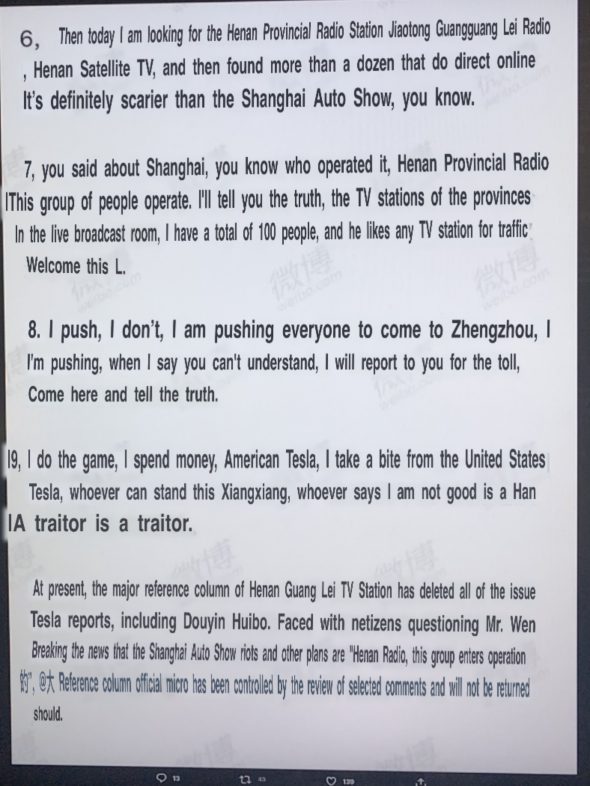 According to the post on Weibo, the media outlet Henan Guan Lei TV has deleted all of the reports of Tesla vehicle issues in China.

Unfortunately, this is not the first time that those who have claimed that Tesla’s vehicles have issues have admitted that their story was fabricated. It’s actually happened on several occasions, with many of the perpetrators admitting that their issues were made up for media attention.

Tesla has also battled falsified and non-verified reports of lackluster sales figures. Most recently, a claim that indicated Tesla’s registrations in China in May had reduced by 50% was shrugged off by the Secretary General of the Chinese Passenger Car Association.