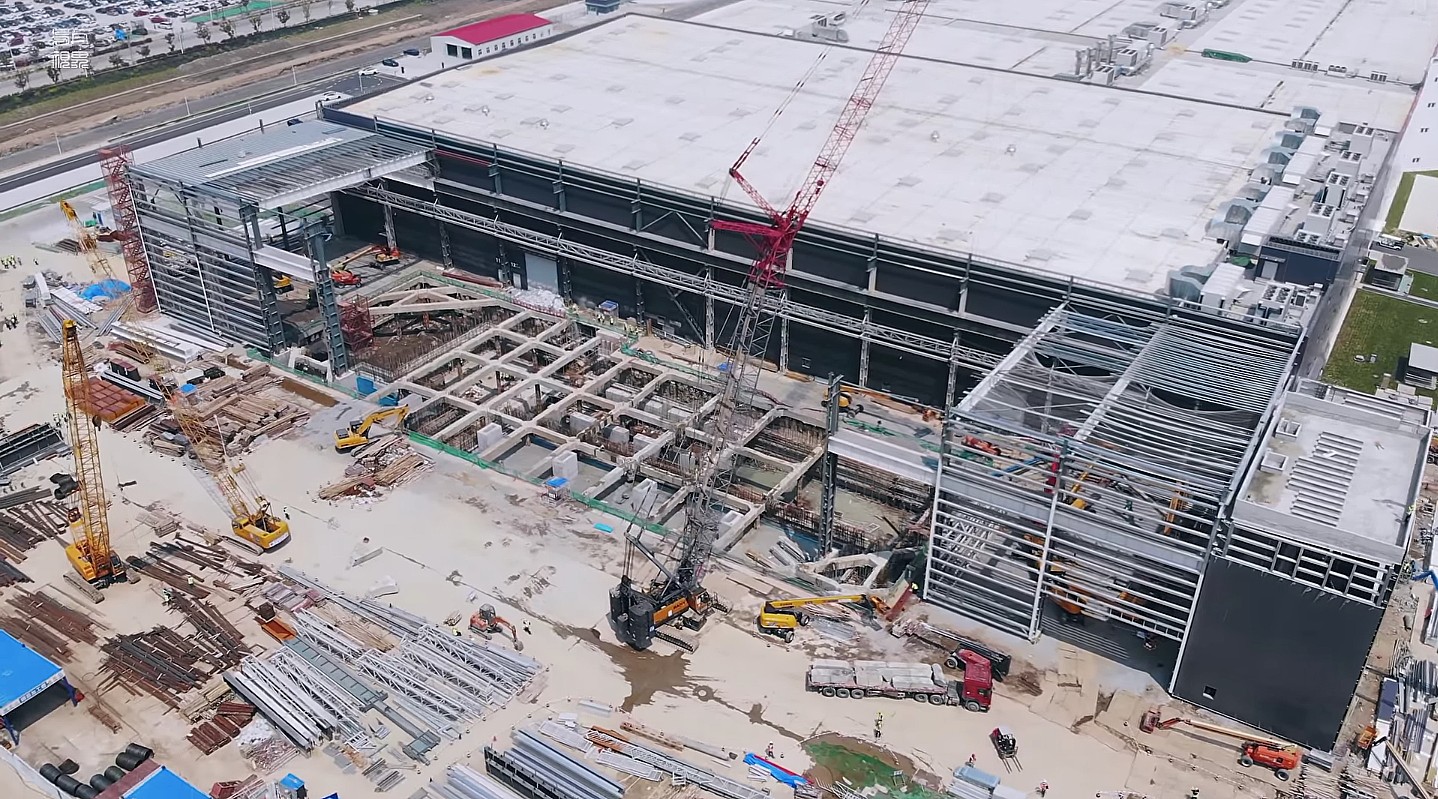 It appears that Tesla China is making the necessary preparations to adopt a streamlined production process for the Model Y, and perhaps even the Model 3, in Gigafactory Shanghai. Signs of such a strategy was recently revealed in a drone flyover from Tesla enthusiast Wuwa Vision, who was able to capture images of an extension to the Phase 1 building’s body stamping area.

The tail end of Gigafactory Shanghai Phase 1 is widely considered to be allotted for body stamping activities. The section was completed together with the rest of the Phase 1 building last year before the construction of the Phase 1.5 zone (a battery and powertrain assembly facility) started. Interestingly enough, the recent drone flyover shows that workers are now expanding the body stamping area.

What’s more, the construction in the body stamping workshop involves what appeared to be deep excavations, suggesting that the area will be hosting a large machine, or at least one that is larger than the ones used in the existing Model 3 line. Patents from Tesla and statements from CEO Elon Musk have hinted at such a process—one that can very well revolutionize the Model Y’s production in China.

Interestingly enough, the massive casting machine seems to be going to the Phase 1 building, which is widely believed to be allotted only for the Model 3. The reasons behind his have not been revealed by Tesla, though it’s plausible that the new casting machine may also be used for the Model 3’s production. Otherwise, this could suggest that the Model Y may begin production in the Phase 1 area, at least until Phase 2A is complete. Such a strategy would allow Tesla to start producing the crossover despite the second phase of Gigafactory 3’s buildout still ongoing.

Last July, a patent application from Tesla was published that pointed to the utilization of a giant casting machine for the production of electric vehicles. The new casting machine will feature a central hub to receive several dies that are then assembled into specific portions of a vehicle frame before being cast. The patent, in a way, reflected Elon Musk’s comments during his appearance at the Ride the Lightning podcast, where he discussed some of the manufacturing improvements in the Model Y.

“There are some manufacturing improvements for the [Model] Y. The rear underbody we’re moving to an aluminum…casting instead of a series of stamped steel and aluminum pieces. When we get the big casting machine, it’ll go from 70 parts to 1 with a significant reduction in capital expenditure on all the robots to put those parts together,” Musk said.

Musk has mentioned this large casting machine multiple times, including in his recent appearance at the Third Row Podcast, where he mentioned that the idea was amusingly inspired by a diecast Tesla Model S on his desk. Speaking about his thought process, Musk noted that he thought the Model S diecast “doesn’t cost much, and it looks pretty detailed.” Thus, he thought that it might be a good idea to “make this bigger.”

The Model Y’s giant casting machine and its results have been teased in the ongoing teardown of the vehicle from automotive veteran Sandy Munro. Compared to the Model 3, the Model Y’s casts are larger, and the body of the car seems far more refined. With such a system in place, Tesla would be able to produce the Model Y in a faster, more efficient manner. This is extremely valuable for Tesla, since the Model Y is poised to be its most high-volume vehicle yet, with Musk stating that the crossover would likely outsell the Model S, Model X, and Model 3 combined.