In an effort to continue streamlining its manufacturing process, Tesla has developed a new vehicle frame casting machine. The specifics are described in a patent application published on July 18, 2019 titled, “Multi-Directional Unibody Casting Machine for a Vehicle Frame and Associated Methods.” CEO Elon Musk previously referred to such a machine that was under development during his conversation with Ryan McCaffrey of the Ride the Lightning podcast in June. His comments at the time were in reference to manufacturing improvements being made specifically for Model Y production.

“There are some manufacturing improvements for the [Model] Y. The rear underbody we’re moving to an aluminum…casting instead of a series of stamped steel and aluminum pieces,” Musk revealed in the interview. “When we get the big casting machine, it’ll go from 70 parts to 1 with a significant reduction in capital expenditure on all the robots to put those parts together.” 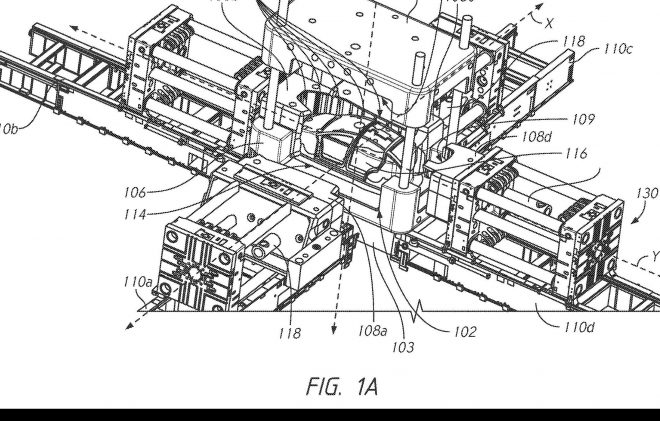 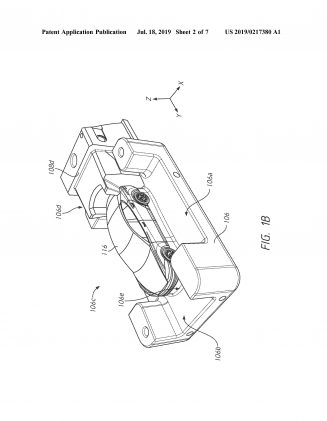 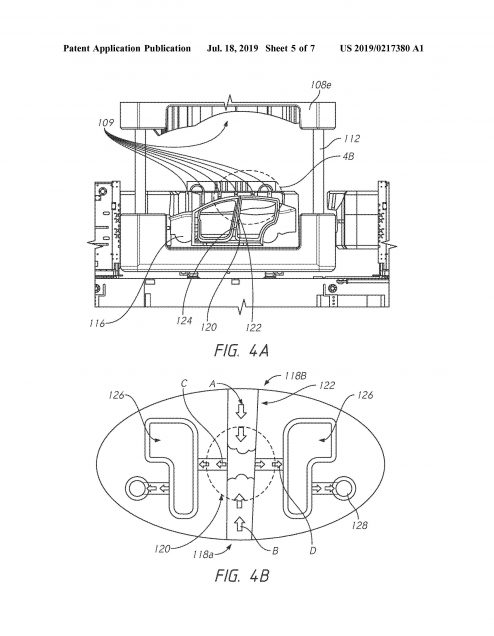 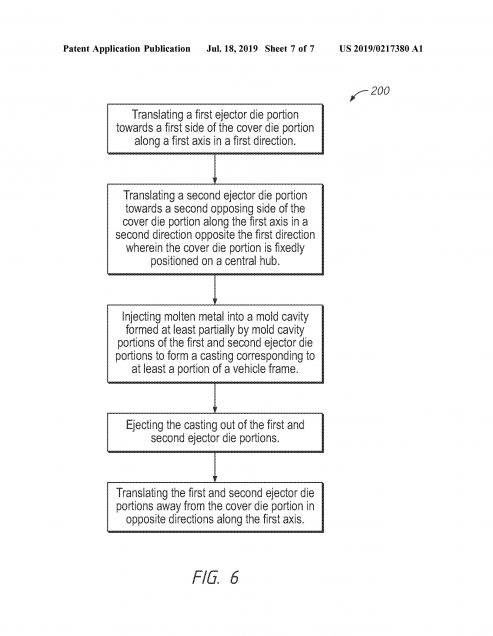 As described, Tesla’s new casting machine will have a central hub to receive several dies that are assembled into specific portions of a vehicle frame before being cast. The dies can transform into multiple configurations along the X, Y, and Z axis, essentially forming into numerous part molds. Further suggested by the patent application is that a full car frame may be made with a single cast using these transforming capabilities.

Casting molds are common in car manufacturing; however, single part molds are often what’s used, and bolts and welding are then subsequently required. A single casting machine configurable for several parts has many advantages, including reduced build time, operation costs, manufacturing costs, factory footprint, tooling costs, and equipment quantity. Using a casting machine for the Model Y will also reduce the weight of the all-electric crossover, according to Musk. Battery efficiency will be positively impacted by a lighter vehicle with only an 8-10% impact on range expected in the Model Y when compared to the Model 3.

Anticipation for the Model Y is building despite few details being revealed by Tesla since its unveiling in March. During the California-based car maker’s annual shareholder meeting this year, a red working prototype of the vehicle was on display alongside a next generation Roadster and a Tesla Semi, both also red. Prior to the event, only blue and white versions had been revealed, the blue having been used for test drives at its unveiling.

The manufacturing location for the Model Y also has yet to be announced, although Tesla’s Fremont factory looks to be the most likely candidate. Production is still anticipated for 2020.