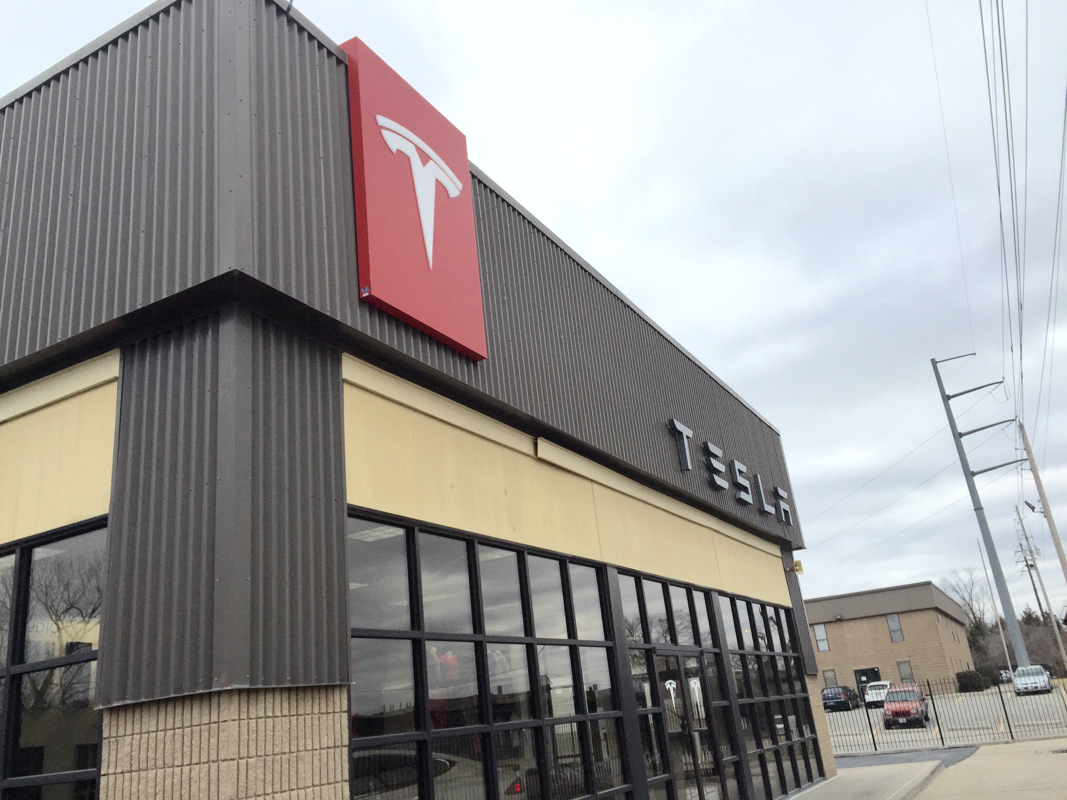 Tesla has temporarily closed the doors on its Kansas City and St. Louis store in Missouri after a franchise dealer license provided to the electric car maker, allowing it to operate and sell direct to consumers, expired on New Year’s Eve. This comes after Tesla lost a court battle in August when a Cole County Circuit Court Judge ruled that Tesla is not a franchisees within the meaning of the state’s franchise dealer law, and its motor vehicle dealer licenses should not be renewed.

Signage posted on the doors of  Tesla’s showroom store indicate that the California-based company will await a decision by the Court of Appeals, expected tomorrow, before deciding on whether it will reopen the doors at its Missouri stores. According to KSHB TV in Kansas City, Tesla has posted the following notice at each store:

“Tesla has been lawfully selling cars in Missouri for almost four years and employs numerous people at its Missouri stores. Even so, the Missouri Automobile Dealers Association has been fighting against our ability to continue to sell to our customers, including through a lawsuit that it filed against us. After a recent decision by the trial court, our sales licenses were set to expire on December 31. However, the Court of Appeals is likely decide on January 4 whether to issue a stay of that decision to prevent an immediate and unnecessary loss of jobs, tax revenue, consumer convenience, and consumer choice for Missourians. We will temporarily close our Missouri sales locations beginning January 1 while we await the Court of Appeals’ decision. We regret this inconvenience to our customers in Missouri. In the meantime, please contact us at 312–7 33–9780 or visit our website at www.tesla.com.”

The decision by the trial court has been appealed to the Missouri Court of Appeal, which expects to issue a decision on January 4. Stores will be remain closed until Tesla is again allowed to make sales direct to customers in the Show Me state. In the meantime, Missouri residents are still able to order cars online.

Missouri is just one of many states where Tesla is embroiled in legal battles because of its desire to sell cars direct to the public. Last year, Tesla sued the state of Michigan in federal court claiming its ban on direct sales is unconstitutional. The company is also battling local laws banning direct sales in Utah, North Carolina, and Connecticut.