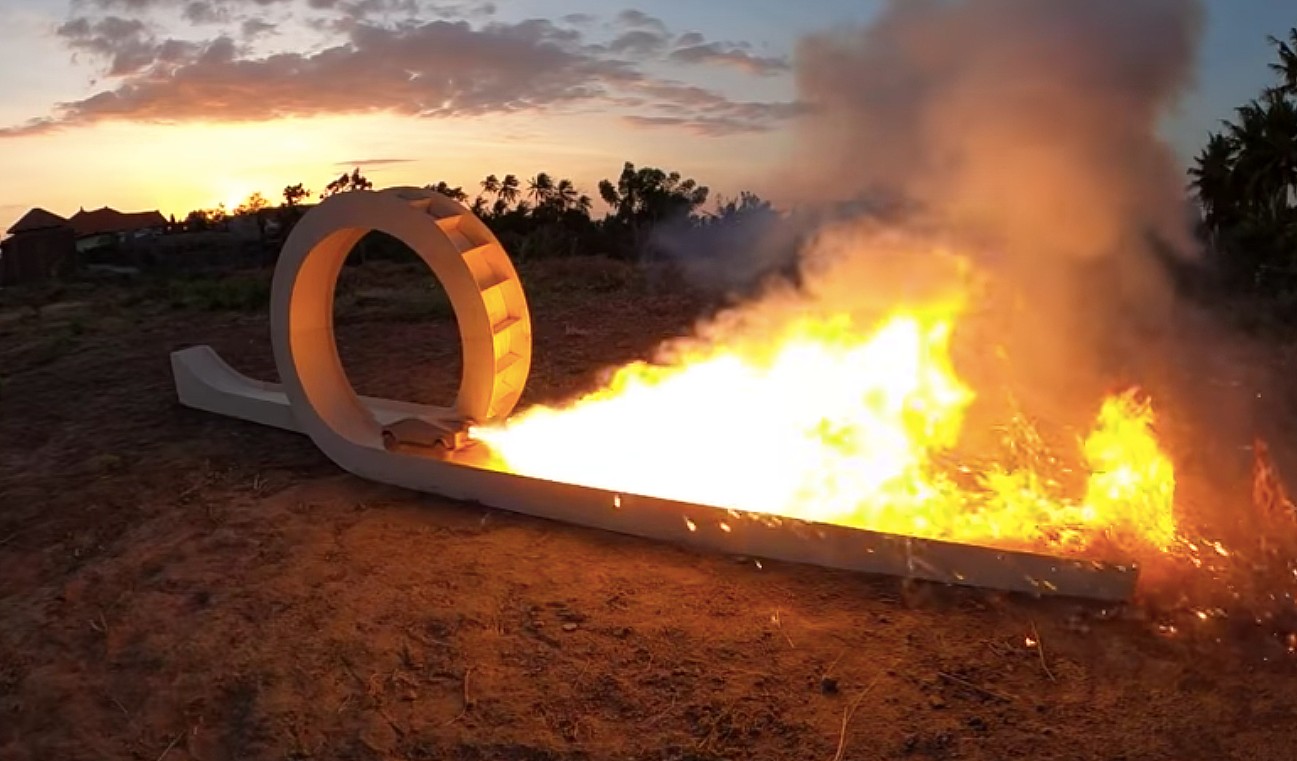 The Tesla Cybertruck is not yet being delivered to customers, but the all-electric pickup truck has already captured the imagination of many. This has led to numerous interesting projects inspired by the Cybertruck, from laser-equipped half-size vehicles to 1:1 replicas. And now, another Cybertruck-inspired project has emerged, and it is quite fiery.

YouTube channel The S, which focuses on novel DIY projects using cardboard and matches, recently took it upon itself to create a small Cybertruck model that is fitted with a massive rocket booster at the back. The cardboard Cybertruck looks very compelling, as it almost looks like something that would come out of a combined effort from Elon Musk’s two primary companies, Tesla and SpaceX.

True to its brand, The S opted to load its cardboard Cybertruck model with thousands of matches. Twenty thousand to be exact. According to the video’s description, the matches were placed in the cardboard model as a source of power. A wooden track was then set up to see if the fiery SpaceX-inspired cardboard Cybertruck could propel itself when its 20,000 matches ignite.

Needless to say, the results of the novel DIY project were quite remarkable. From the moment its “rocket booster” was lit up, the cardboard Cybertruck launched into the track in fiery fury that is almost akin to a miniature SpaceX launch. The cardboard model tore through the track in satisfying fashion, and it even maintained its structural integrity despite being lit up by 20,000 matches.

The Tesla Cybertruck is arguably one of the most, if not the most unique vehicle in the auto industry today. Its XY design, for one, has received polarizing reviews, with some EV enthusiasts lauding it for its distinct appearance and durability and others bashing it for its strange overall look. Elon Musk has spoken about the Cybertruck’s design, stating recently that if the vehicle fails, Tesla would simply make a pickup truck that looks more conventional.

If estimates from the EV community are any indication, however, it appears that the Cybertruck will not be a failure at all. Just days after the vehicle’s unveiling, Elon Musk noted on Twitter that the Cybertruck had received about 250,000 reservations. Crowdsourced estimates point to reservations going beyond 600,000 as of the end of July as well.

Watch The S’ fiery Tesla Cybertruck DIY project in the video below.