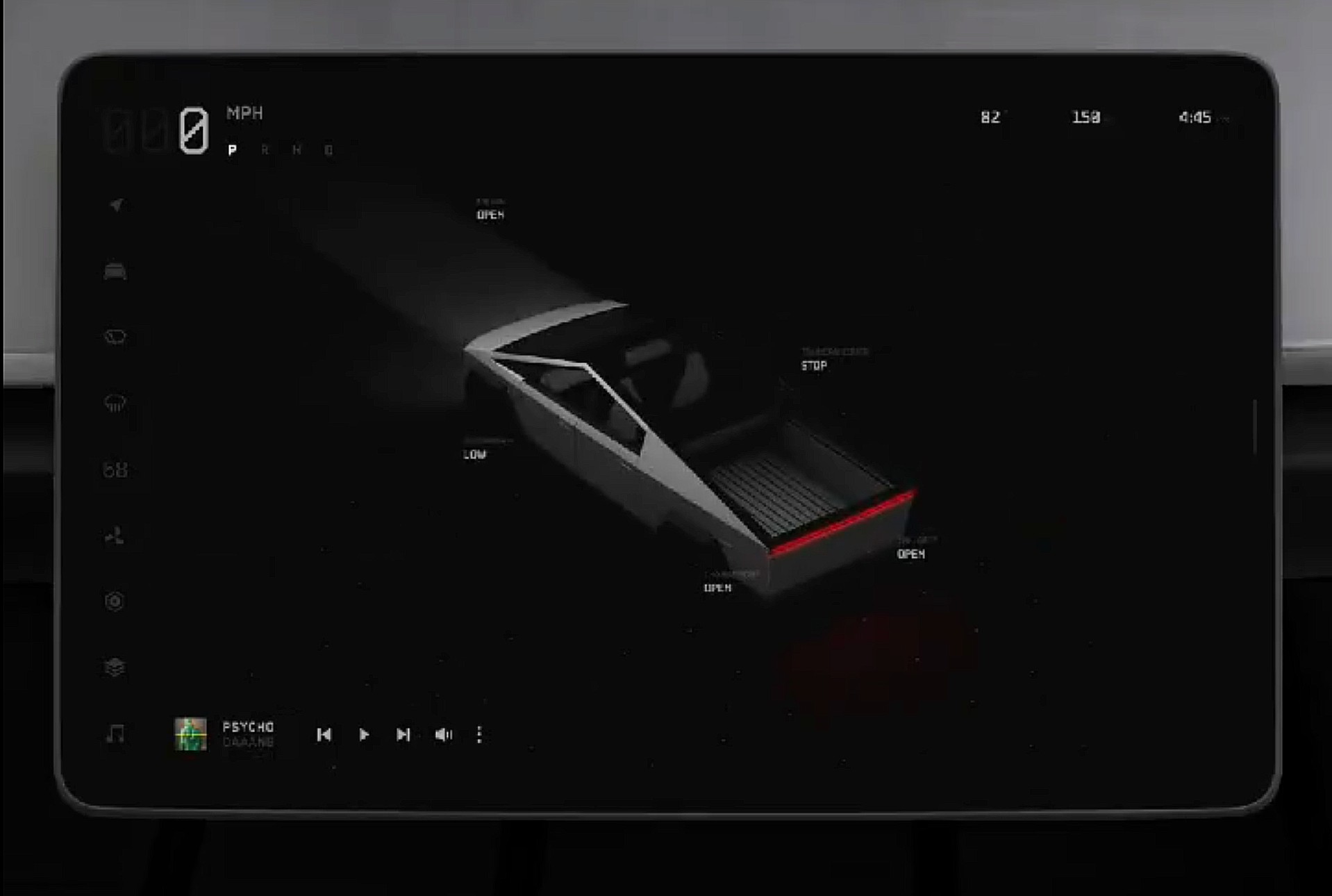 A former Tesla UI designer’s renders of the Cybertruck design, along with never-before-seen Full Self-Driving animations, have been revealed from his personal website. Pawel Pietryka, who left Tesla in mid-March to pursue other interests, served the company for 4.5 years, frequently presenting new ideas and designs to CEO Elon Musk. After leaving the company, there were several new renders and animations that revealed the Cybertruck and Full Self-Driving animations that have remained elusive to the community.

The new renders and designs were recovered from Pietryka’s website but have now been removed following the Tesla community getting their hands on them. While it is not necessarily known if these were official Tesla renders and animations, the fact that they have disappeared from Pietryka’s website reveals that they could have been sensitive to Tesla’s designs and plans for future versions of FSD. Additionally, the Cybertruck UI animations could be utilized within the electric pickup when it hits the market later this year.

Pietryka’s Cybertruck rendering seems to show the vehicle’s interior, along with the planned animation and UI infrastructure that Tesla could use when the truck begins deliveries in late 2021. It appears to show a route and navigation summary that is similar to what real-world owners would view as they set out to drive their car to a destination. Relatively simple in design, the render and animations have not been seen before. With Pietryka being the former head of the UI design team at Tesla, there is likely some correlation between what was posted on his website and what Tesla will actually use within the Cybertruck.

The Cybertruck has been in development for several years and has undergone intense scrutiny from Tesla and its designers, along with potential owners since its unveiling in 2019. CEO Elon Musk has said that the Cybertruck underwent a slight redesign to make the truck slightly more compact. Most people were worried about getting the truck into their garage. Still, Musk was more concerned about the potential issues that the company could have with fitting it into the Boring Company tunnels comfortably. Musk told Joe Rogan earlier this year that Tesla adjusted the size by “around 3% or smaller. You don’t want it to be a couple of inches too big for the tunnel.”

A possible look at what V11 could bring. The designer who led the Tesla UI design left last month to start his own design company

The FSD Animation gave some owners and enthusiasts, like @Model3Owners, the idea that it could be a look at what Software Version 11 could bring. Tesla released some of the V11 features through the Holiday Update in late 2020, but there were several things that went unchanged. This could simply be due to FSD still being worked on, which Tesla outlined during the recent Earnings Call.

Musk said that Full Self-Driving Beta is continuing to “make great progress,” and Tesla is developing more extensive training software that will help with labeling. However, Tesla could be looking to redesign the Driving Visualization feature and could be leaning toward the design that Pietryka posted on his website. Like the Cybertruck render, this has also been removed.

As for Pietryka, he founded Moderne Grafik Anstalt Inc. in 2019, and it appears that his plans are to focus on this instead of Tesla’s work. He joined Tesla in 2016 after leaving Apple, where he crafted “new product narratives” and was responsible for hardware launches.