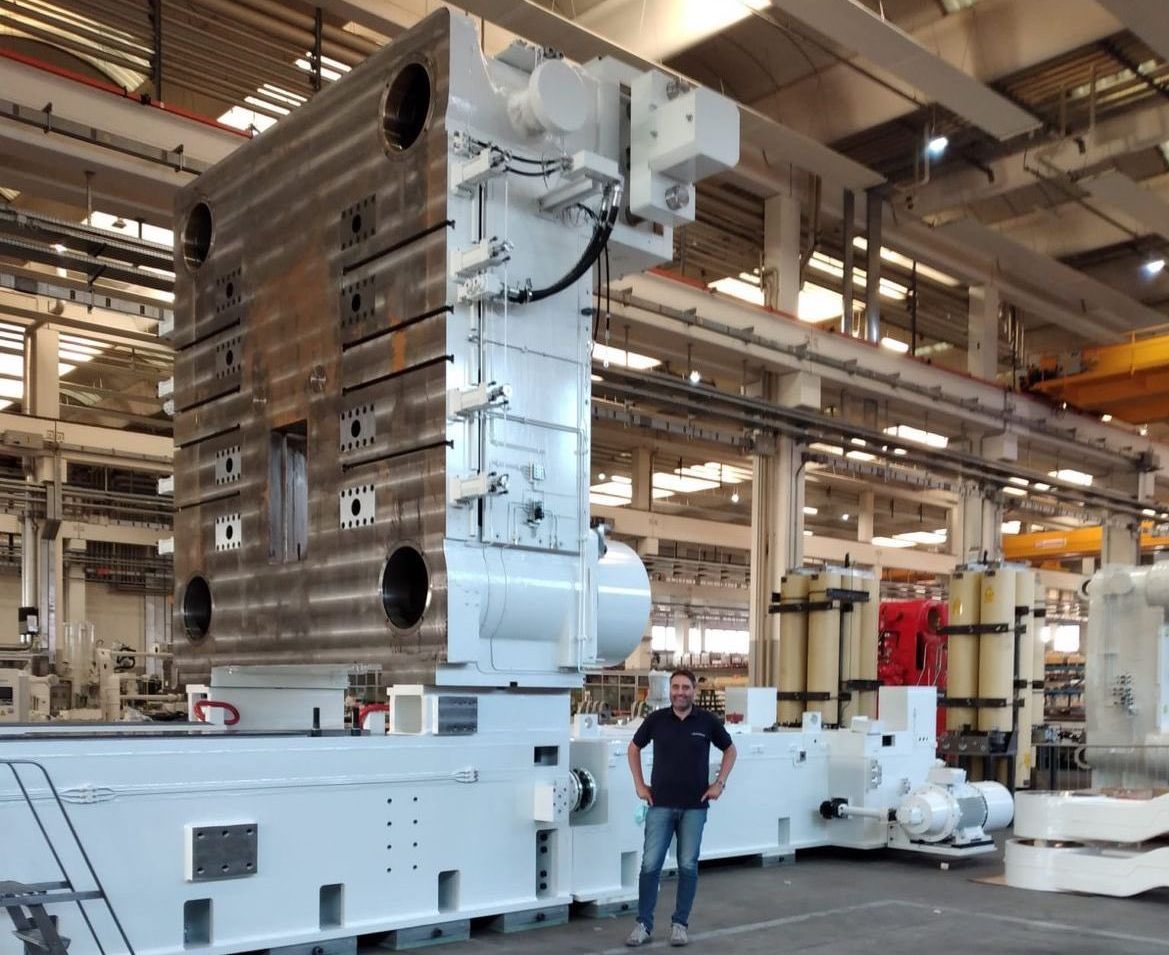 IDRA, the company responsible for producing Tesla’s house-sized Giga Press machines, has been teasing its latest and possibly greatest creation yet. While Tesla’s 6,000-ton Giga Presses for the Model Y are already monstrous in their own right, IDRA has been hard at work building a 9,000-ton Giga Press.

Teaser images and videos of the 9,000-ton Giga Press have been posted by IDRA on its official LinkedIn page. The machine, which would likely be the company’s new flagship, will be previewed in an open house event from June 6-14, 2022. Attendees of the event would be able to see the massive contraption up close.

“The star of the show is the 9,000 CS Giga Press. You have the chance to be up close and see firsthand a production machine that is designed to cast the biggest and most complex structural parts being manufactured today,” IDRA noted in its announcement.

While IDRA has not formally announced a customer for its 9,000-ton Giga Press, expectations are high that the machine is being built for Tesla. Elon Musk has spoken of an 8,000-ton Giga Press for the Cybertruck, so IDRA’s new machine could be an updated iteration of the machine that the Tesla CEO referenced before.

Interestingly enough, Tesla’s iconic clean white and bright red paint scheme is already all over IDRA’s 9,000-ton Giga Press. This could be seen in teaser images that have been uploaded by IDRA on its LinkedIn page. The paint scheme is similar to Tesla’s existing Model Y Giga Presses in the Fremont Factory and Gigafactory Texas.

Back in April, Elon Musk told the audience at the Cyber Rodeo that IDRA and its parent company, LK Technology, were the only ones that were willing to explore the idea of creating a Giga Press for vehicles like the Model Y. Musk noted that Tesla found six major casting machine manufacturers, and five promptly rejected the idea of a Giga Press.

“It’s a revolution in car manufacturing to basically make your car out of three major parts: a cast rear, a structural pack, and a cast front. So what you’re looking at are the biggest casting machines ever made. It’s kind of a crazy thing to make a car this way. It’s never been done before.

“When we were trying to figure this out, there were six major casting manufacturers in the world. We called six. Five said’ no,’ one said ‘maybe.’ I was like ‘that sounds like a yes.’ So with a lot of effort and great ideas from the team, we’ve made the world’s biggest casting machine work very efficiently to create and radically simplify the manufacturing of the car,” Musk said.