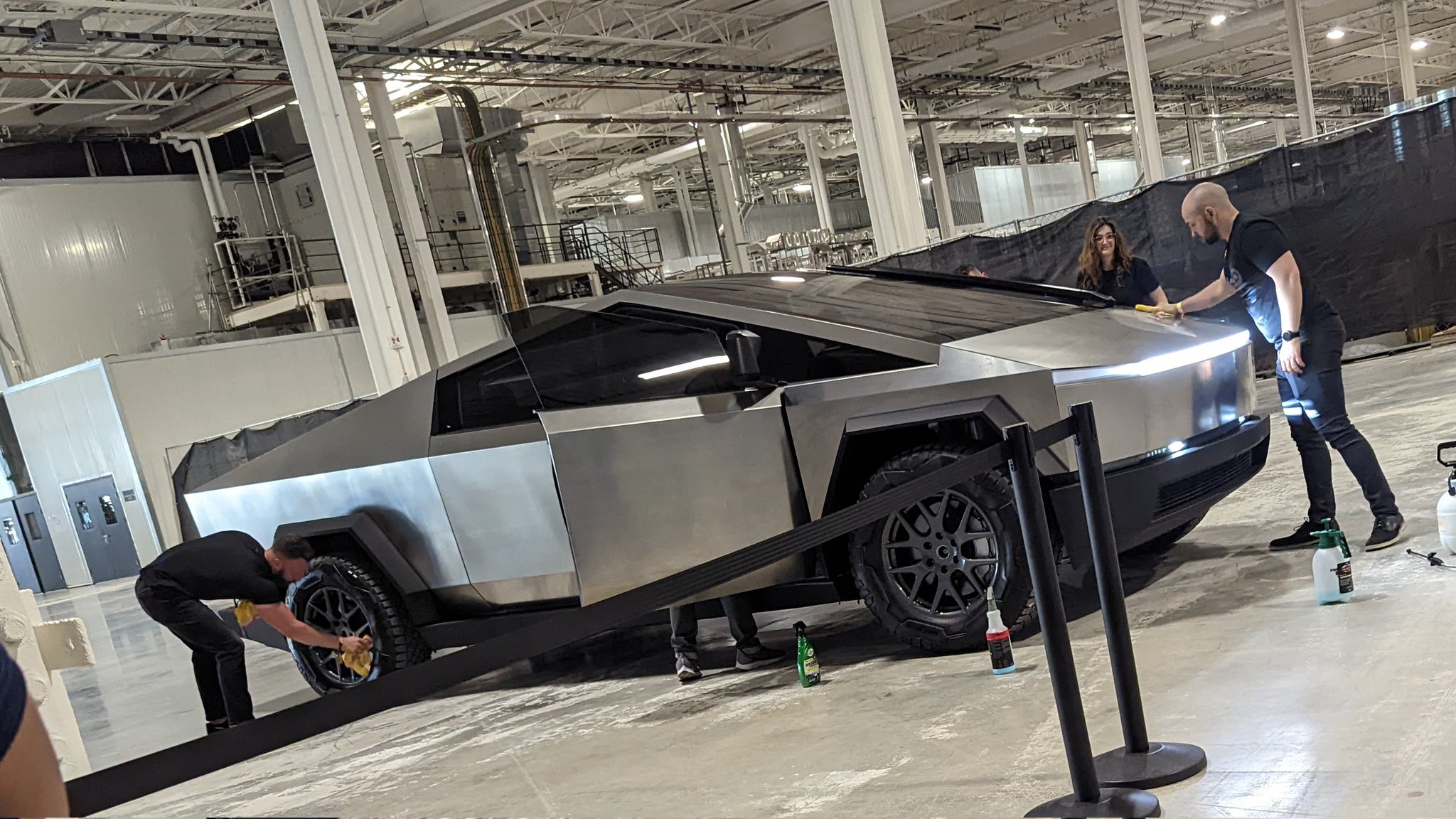 Tesla’s Giga Texas Cyber Rodeo is in full swing, and many people have seen the Cybertruck — as promised by sightings of the all-electric truck before the event kicked off.

While pictures weren’t initially allowed, some guests were able to capture some clear Cybertruck photos nonetheless. Some Cyber Rodeo attendees have shared a few tidbits about the Cybertruck, and one attendee managed to take a quick snapshot of the all-electric Tesla pickup truck as it was being prepared.

According to some Giga Texas Cyber Rodeo attendees, Tesla has introduced some improvements to the Cybertruck. One of the observed changes to the pickup lies in the vehicle’s rear glass, which reportedly drops. The vehicle will have a mid guard as well. The ability to drop the rear glass should help optimize the Cybertruck’s capability to carry cargo.

However, there is still the mid guard to consider. The mid guard creates a separation between the bed of the Tesla Cybertruck and the passenger seats. As of this writing, there is no indication that the mid guard can be folded down. Although considering that the rear glass can be dropped, the mid guard might be able to do the same.

Interestingly enough, closeup photos of one of the Cybertruck prototypes in Giga Texas shows an ad hoc setup featuring the Model S and Model X’s steering yoke. This is likely a temporary solution for the time being, seeing as the yoke used in the vehicle is missing its middle section. Its interior also seems a bit rough, suggesting that the particular prototype’s exterior is the one that is truly on display.

More detailed images of the Cybertruck reveal that the side repeater cameras in the front fenders were updated. They now resemble the cameras in Tesla’s other vehicles.

Another interesting development in the Cybertruck’s prototypes is the concept charging port found in one of the vehicle’s fender flares. It seems to be experimental since Tesla used a legacy Model S charge port. The charging port’s placement also seems a little precarious so this Cybertruck development might not make it to production.

This story is developing. As new information emerges, updates will be added.