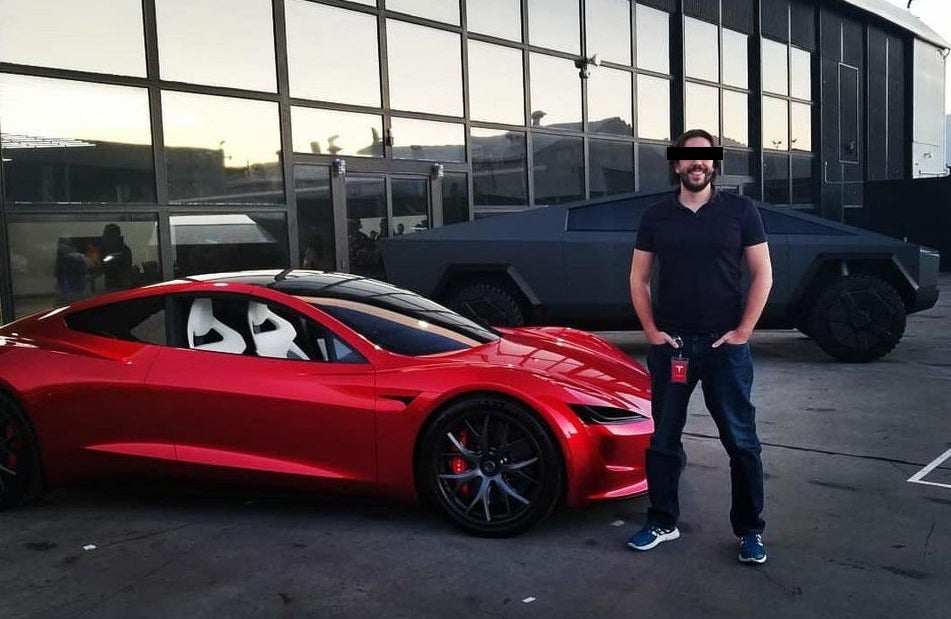 Not long after the Cybertruck was unveiled, Elon Musk confirmed on Twitter that Tesla would be offering a matte black option for the all-electric pickup truck. What has been relatively unknown until today was that Tesla seems to have created such a vehicle, or at least a model of the Cybertruck in matte black. And just as expected, it looks absolutely incredible.

The image of the matte black Cybertruck was recently shared on the r/TeslaMotors subreddit, though it was taken from the Instagram page of a former Tesla Aerodynamics Engineer. The picture was simple, showing the Cybertruck in the background and the next-generation Roadster in the foreground. The Cybertruck’s color was an unmistakable matte black in the photo, which gave the vehicle a very domineering look.

So far, Tesla has built at least two functioning silver Cybertruck prototypes. One was the vehicle that was used for demonstrations and test drives during the Cybertruck unveiling in late 2019, and another was recently sighted at the Castle Airport in Atwater, California. The recently-sighted Cybertruck seemed different than the initial functional silver prototype, as it was fitted with side mirrors, what appeared to be a larger windshield, and a shorter hood.

Tesla has also showcased some non-functional Cybertruck models, however. During the unveiling, the company brought out what appeared to be a full-scale model of the Cybertruck finished in matte gray. The model provided a good contrast to the brushed silver look of the fully functional prototype, and it also gave a pretty fair idea of how the all-electric pickup truck would look like with a wrap. Considering that no matte black Cybertrucks have been spotted in motion to date, the vehicle in the recently shared image might be a full-sized model as well.

It will not be surprising if more Cybertrucks with different color options are spotted in the coming months. So far, Tesla has noted that it would start initial Cybertruck production at Gigafactory Texas by the end of 2022. As the company approaches this date, more Cybertrucks would likely be tested on public roads. Tesla already seems to be moving towards this, with the company confirming during the Q3 2021 earnings call that it had already built multiple Cybertruck alpha prototypes.

“As you may have seen recently in social media, we’ve built a number of alphas and are currently testing those to further mature the design. And while those point out a few key additions like rear steer, there are also a number of smaller or less visible improvements though the product is largely true to the initial vision. We’ll continue to work through the product in the beta stages that we’re in now and look to launch that by next year,” Tesla Vice President of Vehicle Engineering Lars Moravy said.