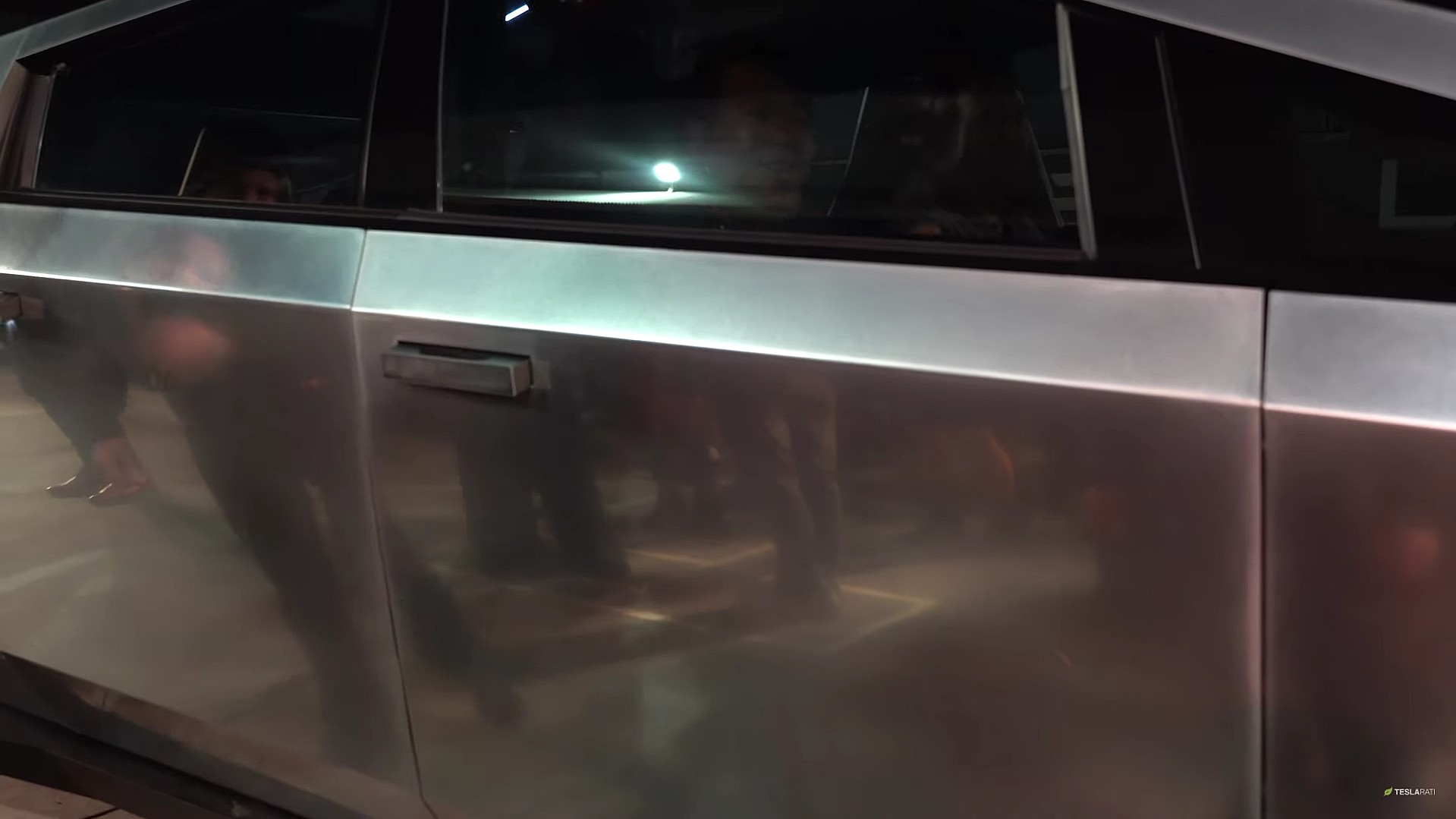 There are a ton of impressive innovations in the Tesla Cybertuck, from its origami-style design, its clever storage spaces, to its motorized tonneau cover. The daunting steel vehicle is also fitted with door handles that automatically pop out when they need to be used, similar to the first vehicle that the electric car maker has designed from the ground up: the Model S sedan.

Footage of the Cybertruck’s motorized door handles were recorded by Teslarati during a test ride of the vehicle, which were conducted following the pickup’s brief unveiling. As could be seen in the clip, the Blade Runner truck’s handles pop out when the door is about to be opened, and they pop back in to remain flush when the vehicle is in motion.

The whole door handle system of the Cybertruck is a dead ringer to the handles of the Model S, a vehicle that is also very special for CEO Elon Musk. The Model S’ automatic door handles were among the large premium sedan’s unique features when it was released, and it was one of its parts that truly established it as an all-electric car that is built around tech.

That being said, the Cybertruck’s Model S-esque door handles were likely fitted on the vehicle due to its utility. Tesla’s vehicles like the Model 3, Model Y, and Tesla Semi all use a door handle setup that is designed to be opened with little physical effort. Such a system is probably not the best for the Cybertruck.

This is likely due to the weight of the Cybertruck’s doors, which weigh about 60 to 80 lbs each. That’s a door that will need a serious grab-and-pull system to open, and one that definitely benefits from a fully-extended handle. This will result in some complexity in the Cybertruck’s door handle mechanism, but this is something that is likely a necessity considering the weight of the vehicle’s doors.

Longtime owners of the Model S would remember a time when Tesla was still mastering the design of the vehicle’s automatic door handles. At some point, the motorized door handles in some vehicles were bogged down due to issues with their cables and motors. Tesla later fixed these issues with an updated design, and the handles have continued to evolve over the years as the Model S was improved time and time again. With this in mind, it would be safe to assume that the Cybertruck’s motorized door handles will be fitted with Tesla’s latest and best setup available.

In a way, the fact that the door handles of the Cybertruck and the Model S are similar is representative of how far Tesla has gone over the years. When the company adopted the setup with the Model S, it was still learning the ropes and finding its groove. When it launched the Cybertruck, Tesla is already a company that has found its rhythm, and it is also a company that is finally ready to go bold and experiment with concepts that other carmakers would simply not have the guts to do.

The Cybertruck is Tesla’s most polarizing vehicle yet, though the pickup has started to gain some serious ground as consumers. Since launching the Cybertruck, the electric car maker has received around 187k reservations, as per a recent update from Elon Musk on Twitter.

Watch the Tesla Cybertruck’s door handles in action in the video below.