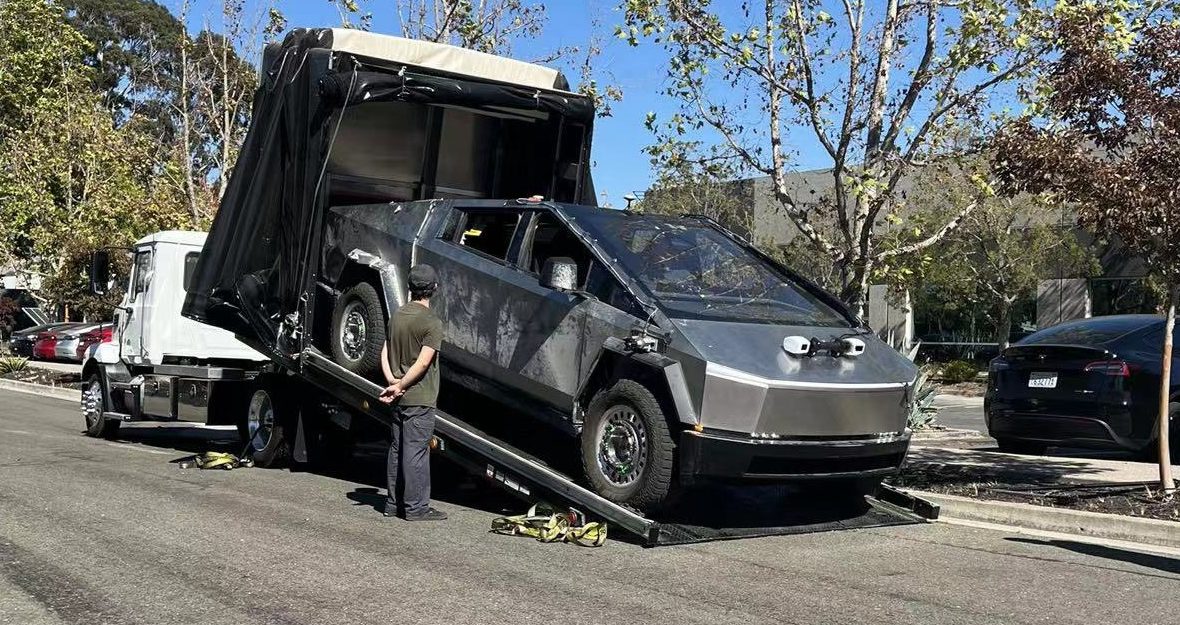 A recent sighting of Tesla’s updated Cybertruck prototype suggests that the electric vehicle maker is not holding back in its efforts to put its upcoming pickup truck through its paces. Interestingly enough, the prototype was sighted with some cool equipment that appears related to the Cybertruck’s camera placements.

The image of the updated Cybertruck prototype was shared on Twitter by Tesla owner and FSD Beta tester @WholeMarsBlog, who happened to catch the all-electric pickup truck as it was being unloaded. The vehicle could be seen fitted with a variety of sensors, including some that look like camera calibration equipment.

The presence of the apparent imaging equipment on the Cybertruck prototype has triggered speculations among Tesla enthusiasts that the electric vehicle maker is still hard at work finalizing the vehicle’s camera setup. This makes quite a bit of sense, especially considering that the Cybertruck is unlike any other electric car that Tesla has produced to date.

What is also quite interesting about the recently-photographed prototype is the fact that it looks like it just came out of some extreme real-world tests. The all-electric pickup truck was caked with dirt, and its rear fender looked like it was beaten up. These appear to suggest that Tesla is testing the living daylights out of the Cybertruck before it is released. This bodes well for the all-electric pickup truck, as its toughness is one of its key selling points.

When Tesla unveiled the Cybertruck, Elon Musk highlighted that the vehicle is built with durability in mind. Its frame is made of stainless steel, whose demonstration involved Tesla Chief of Design Franz von Holzhausen hitting the vehicle’s door with a sledgehammer. Even its windows, which are made of Tesla Armor Glass, are quite durable, though they did crack when they were hit by a steel ball. The Cybertruck is promoted as a vehicle that can be used for work as well, so it would have to be extremely tough.

The wait for the Cybertruck has been relatively long, but those who placed orders on the vehicle would likely just need to wait a little more. Gigafactory Texas, the site where the pickup truck will be produced, is already operational. Even the vehicle’s 9,000-ton Giga Press has already been completed by IDRA. Elon Musk has mentioned that the Cybertruck is on track to enter production next year. The vehicle’s sightings and Giga Texas’ progress suggests that this may indeed be the case.