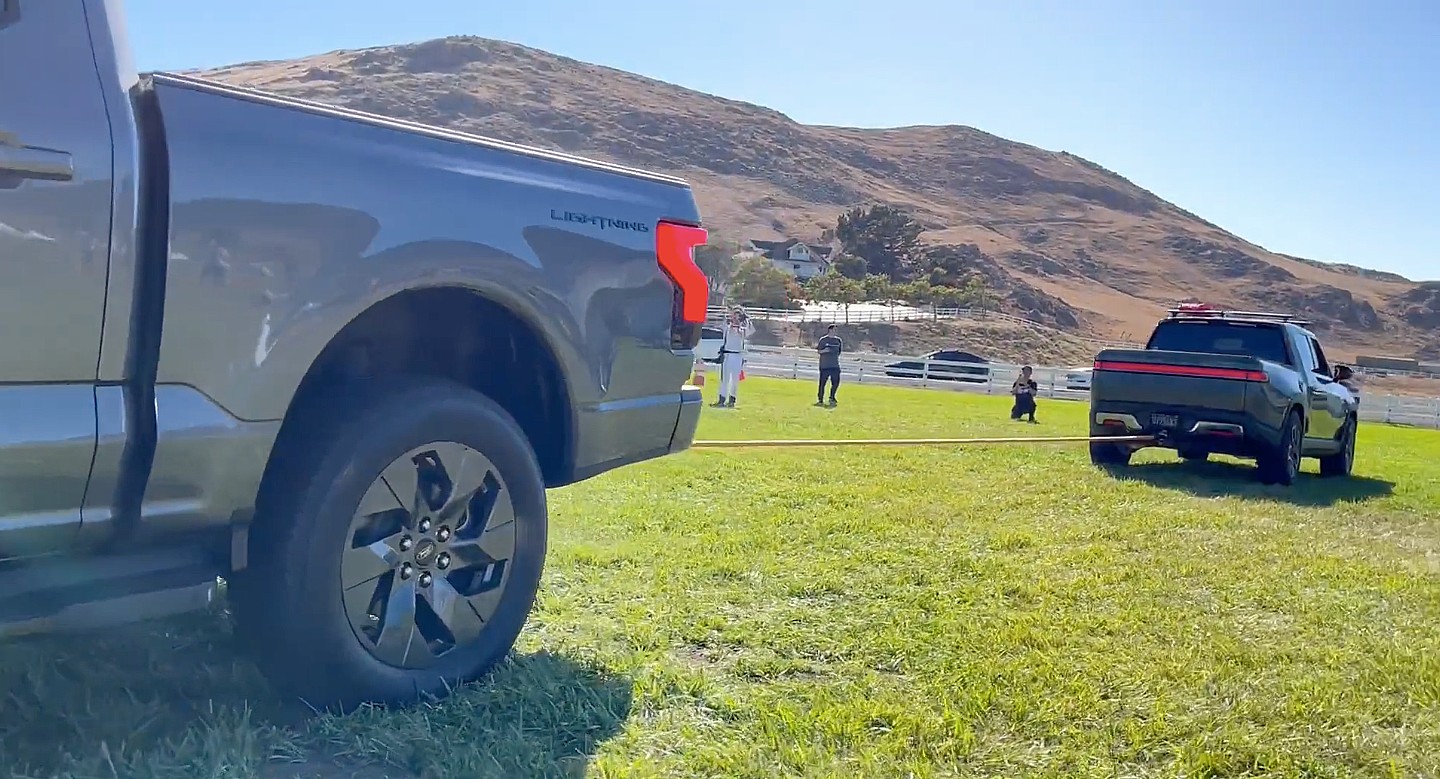 The Tesla Cybertruck is not yet in production, but the electric pickup truck market is already hitting its stride. This became quite evident earlier this month when two all-electric pickups, the Rivian R1T and the Ford F-150 Lightning, engaged each other in a tug-of-war bout. The results of the match were quite interesting.

Since Ford started its marketing efforts for the F-150 Lightning, the veteran automaker did not hesitate to lean into the F-150’s reputation of toughness. The Lightning is essentially just an electric F-150, a rough and tough pickup truck that’s been a staple on American roads for decades. It then made perfect sense to advertise the Lightning as a true red-blooded pickup that just happens to be electric.

The Rivian R1T, on the other hand, has been marketed more as a lifestyle vehicle that’s perfect for the outdoors. The R1T is incredibly strong and tough — tests of the vehicle on challenging terrain have proven this — but Rivian has generally promoted the R1T as a pickup that can take families anywhere outdoors. Unlike the Lightning, which is a full-size truck, the R1T is also slightly smaller.

There are other key differences between the two all-electric pickup trucks. For one, the F-150 Lightning has two electric motors, while the R1T is fitted with a quad-motor setup. The R1T, while slightly smaller, is also heavier than its Ford-made counterpart. More importantly, the R1T is equipped with all-terrain tires, while the Lightning is fitted with street tires.

The video of the R1T and the F-150 Lightning’s tug-of-war match was shared by electric vehicle fan and advocate Tesla Raj. The two vehicles engaged each other in a couple of matches, and in both rounds, the Rivian R1T humbled its Ford-made counterpart. Footage of the bouts showed the R1T barely breaking a sweat as it pulled the Lightning on the grass.

There are quite a number of factors behind the Rivian R1 T’s win against the Ford F-150 Lightning. The Rivian’s weight definitely played in its favor, and its all-terrain tires definitely gave it far more grip than the Lightning’s street tires on the grass. Had the tug-of-war match been done on the pavement, the Lightning might have performed better. That being said, the R1 T’s match with Ford’s all-electric truck does echo some excitement from years ago, when the Model S P85 started battling and winning against supercars in the quarter-mile.

Watch the Rivian R1T and the Ford F-150 Lightning’s tug-of-war match in the video below.