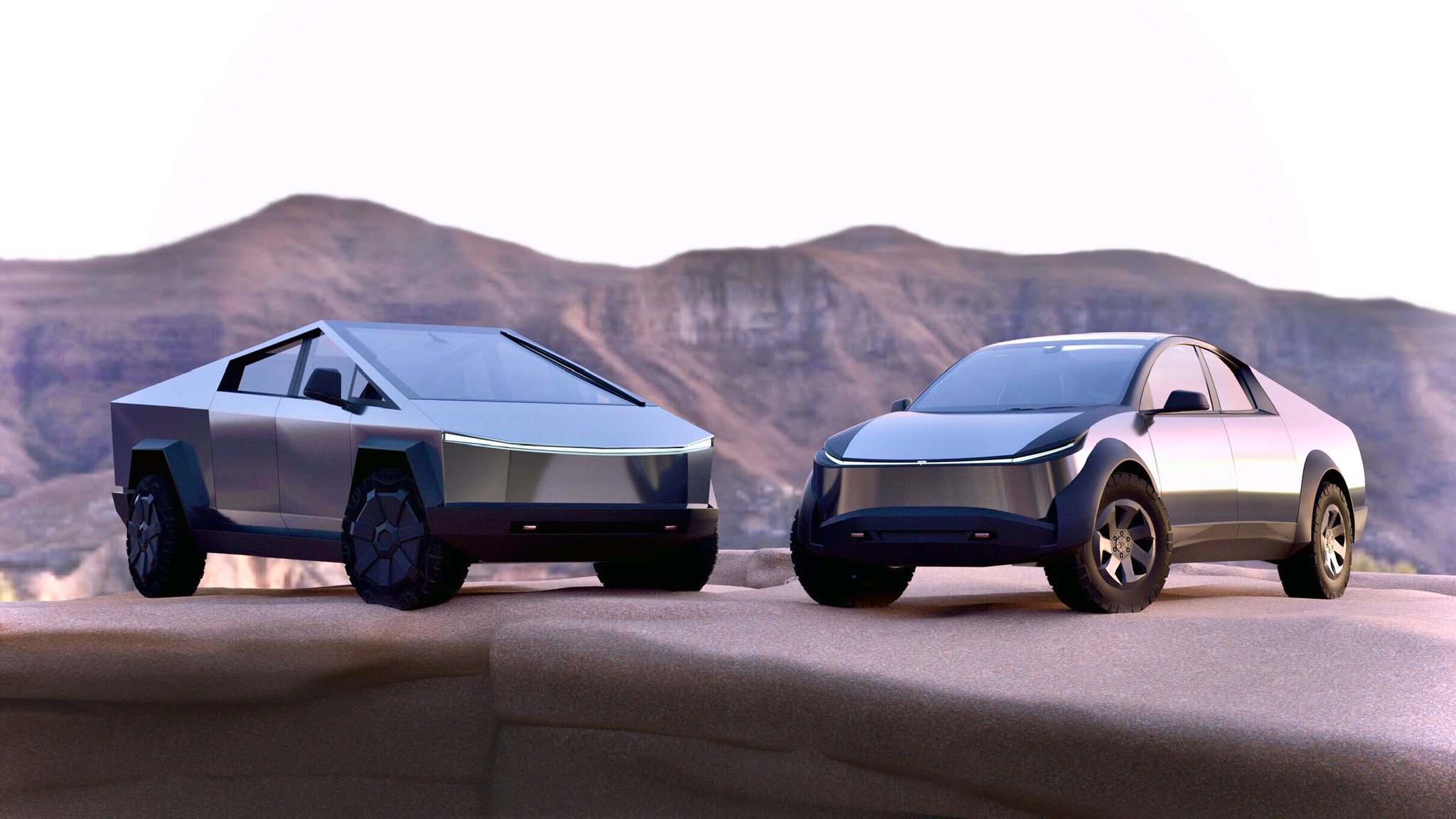 Tesla may have confirmed that the Cybertruck’s design has already been finalized, but the idea of a potential “Cybertruck Mini” is still alive and well. Part of this is due to Elon Musk’s previous comments. The CEO, after all, has admitted multiple times in the past that a smaller version of the all-electric pickup truck is not out of the picture.

Just days after the Cybertruck’s initial unveiling in 2019, Musk noted that in the long term, it will probably make sense “to build a smaller Cybertruck.” This is because the hulking all-electric truck is designed to compete in the United States’ pickup segment. In other territories such as Europe and Asia, the Cybertruck may simply be too large.

Musk even pondered a potential ~3% decrease in the vehicle’s size at some point, though the CEO noted in May 2020 that even such a minor reduction would make the Cybertruck “too small.” Musk reiterated on Twitter then, however, that Tesla will “probably do a smaller, tight world truck at some point.” Such a vehicle was mentioned earlier this year by Global Equities Research analyst Trip Chowdhry, who predicted that a “Cybertruck Mini” might be about 15-20% smaller.

Such a vehicle has been rendered by @escape_ferocity, a Tesla enthusiast and engineer. The electric vehicle advocate shared a rather interesting take on the “Cybertruck Mini,” using the Model Y as a template. As noted by the Tesla fan and engineer, his concept would actually make the production of the “Cybertruck Mini” quite simple since the vehicle shares core commonalities with the Model Y.

The “Cybertruck Mini” concept has been received fairly well by the electric vehicle community. While the design and overall look of the Model Y-inspired Cybertruck had been called unsightly by some EV enthusiasts, few could deny that such a vehicle does carry a number of benefits. There is definitely a market for a smaller pickup truck, after all, so such a vehicle — especially one that is built on Tesla’s most cost-effective platform — would probably have a decent chance in the market.