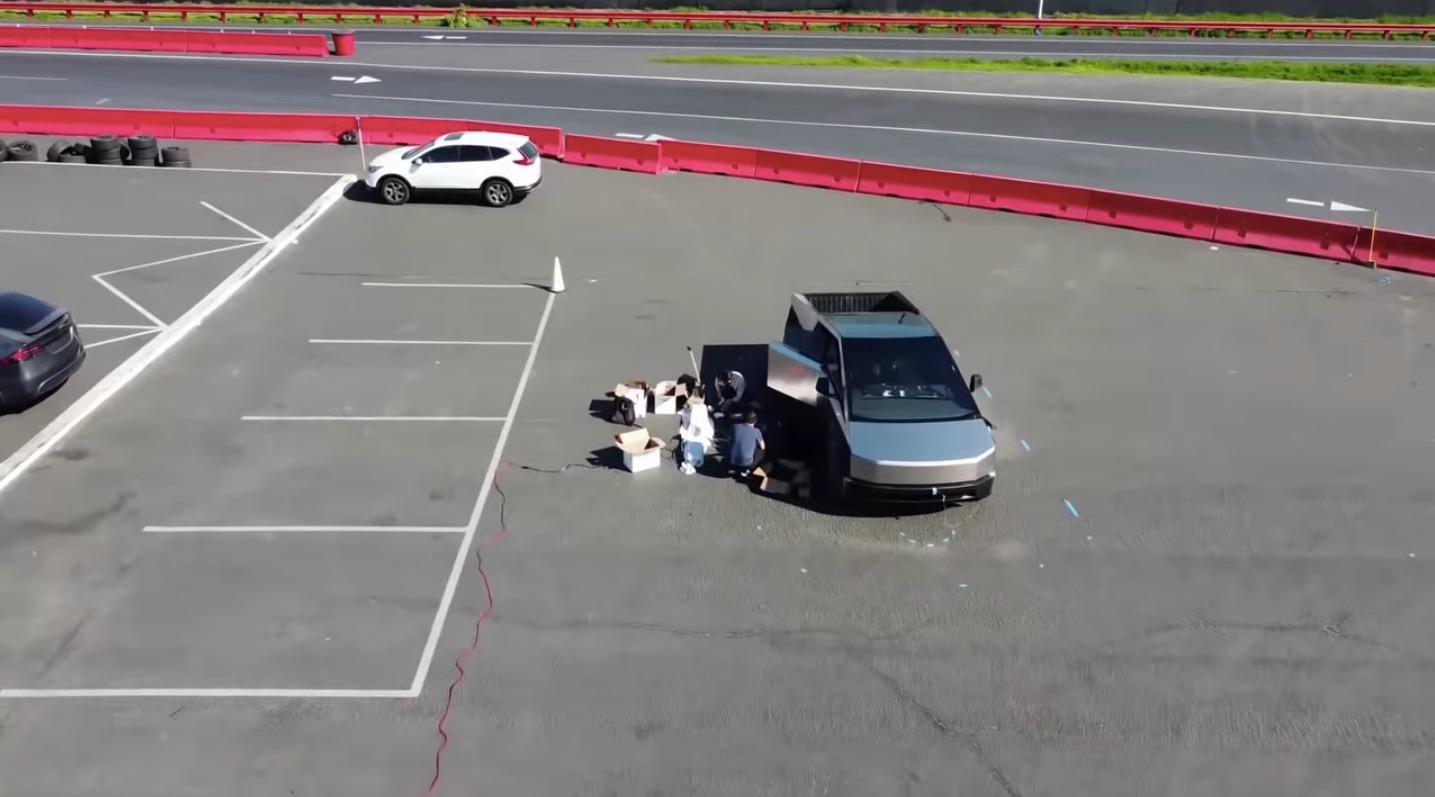 A Tesla Cybertruck prototype was spotted at the Fremont Factory recently. It seemed to be the same prototype seen in Giga Texas.

Based on a recent YouTube video (seen below), the Cybertruck in Fremont had no door handles, and the dashboard held several interior parts. The prototype’s wheels didn’t have aero covers, similar to the Cybertruck spotted in Texas. The sail storage of the Cybertruck was partly covered on one side as well.

The Cybertruck prototype was spotted near the Fremont Factory’s test track, hinting at the purpose of its visit. Several people could be seen near the electric pickup truck, tinkering here and there around it.

Last month, Cybertruck images shared with Teslarati revealed some slight changes to the vehicles compared to its initial iteration in November 2019. Similar to the one recently spotted at Fremont, the Cybertruck depicted in leaked images back in January had no door handles. The pickup’s side mirrors looked more polished, and Tesla also seemed to refine the design of the Cybertruck’s single windshield wiper.

During the Q4 2021 earnings call, Elon Musk shared that the Cybertruck would be ready for production in 2023. Tesla introduced some new technology to the Cybertruck that still needs some work. Musk also hinted that Tesla was still thinking of the average cost of the Cybertruck to the degree that it was affordable once it entered the market.

“…you can make something infinitely desirable, but if it’s not affordable, that will constrain people’s ability to buy it because they don’t have the money.I worry more about like how do we the Cybertruck affordable despite having awesome technology. That’s the thing that will really set the rate,” said Musk.

See the Cybertruck at the Fremont Factory in the video below!