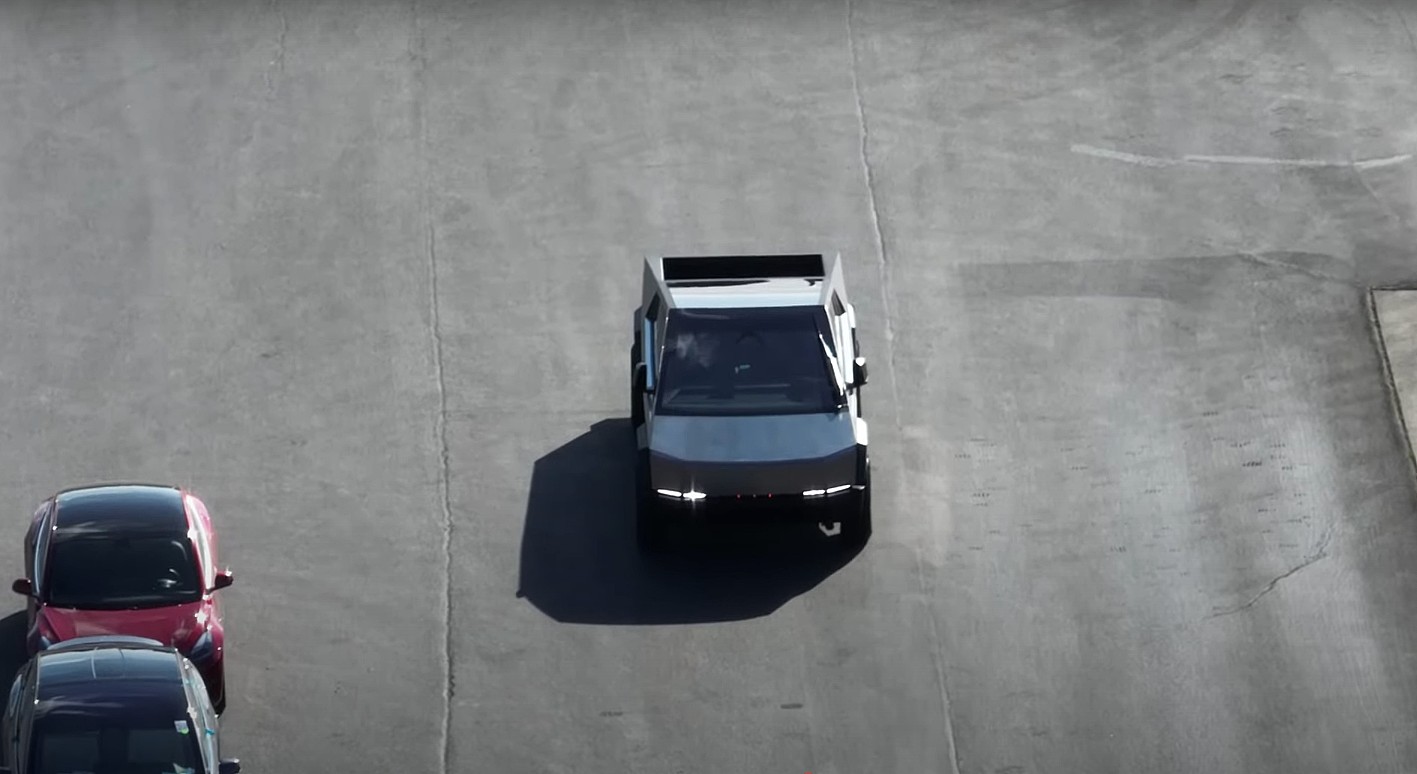 Tesla CEO Elon Musk has confirmed that the rather controversial wiper blade spotted in the Cybertruck’s new alpha prototype would not make it to the all-electric pickup truck’s production version. Tesla enthusiasts would likely welcome Musk’s update, as the freshly-sighted prototype’s wipers were a bit on the cumbersome side, to say the least.

Recent drone videos of the Fremont factory from YouTube’s Chile Al100 channel included several minutes’ worth of footage of the new Cybertruck prototype. From the extensive video captured of the truck, it was evident that Tesla is trying out some updates to the vehicle’s design. These include a curved, giant windshield, some removable side mirrors, and an extremely large, single wiper blade. The Cybertruck’s wiper blade, Elon Musk admitted, is something that actually bothers him the most.

Musk noted that a deployable wiper blade that stows in the frunk would be better, but such a solution would be complex. Interestingly enough, Tesla actually has a patent for such a wiper system, which the company calls an “Electromagnetic Windshield Wiper System.” The design calls for a linear actuator that may include a guide rail and an electromagnetic moving block. The system is modular, making installations easy, and it also stows away into the frunk, just as mentioned by the Tesla CEO. Creating such a system, however, would indeed be challenging.

Ultimately, Musk’s message was clear on Twitter as the video of the new Cybertruck alpha prototype made its rounds: the massive wipers found in the new alpha prototype would not make it to the Cybertruck’s production version. And this would be the case even if a traditional wiper could work on the all-electric pickup truck. As for what the Cybertruck’s production wiper would be, that is up for question, at least for now. Musk did joke about lasers in his recent Twitter session, and curiously enough, Tesla also has a laser windshield wiper patent.

While the Cybertruck initially seemed to be designed for simplicity, Elon Musk’s recent statements about the all-electric pickup truck suggest that the vehicle will be a showcase of technology for Tesla. During the Wall Street Journal’s CEO Council Summit, Musk noted that the Cybertruck would be incredible, and it may very well be Tesla’s “best product ever.” “The Cybertruck is gonna be an incredible product. I think it may be our best product ever. I think it probably will be. It has a lot of new technology, so it’s hard to make. I bet it will be awesome… It will be something really special, like one of those rare products that happens once in a while that’s really special,” Musk said.

Here’s 12 minutes of some Tesla Cybertruck goodness for your viewing pleasure.