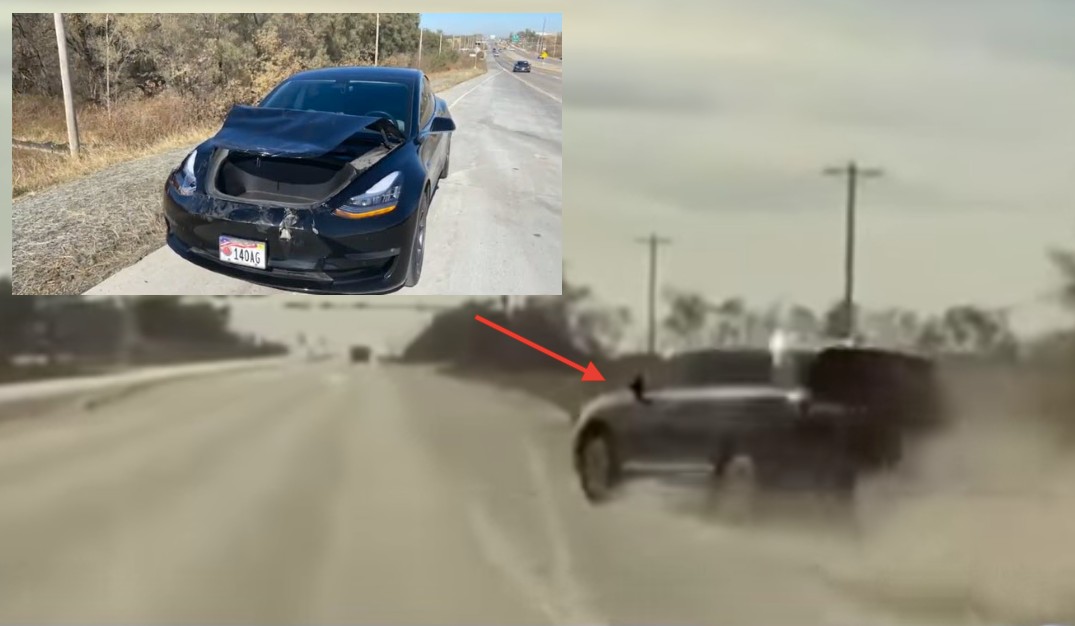 After being stuck at home for almost two weeks, Omaha-based Tesla Model 3 owner Ken Woodward was looking forward to getting back to work. But before he could go back to his workplace, he needed to get another Covid-19 test. He took his trusty Model 3 to head over to the testing site, and things were completely normal. Unfortunately for Woodward, he was about a mile away from home when things took a turn for the worse.

At around 12:30 p.m. local time, the 40-year-old Tesla owner was driving near 204 and Center Streets when he encountered fellow 40-year-old Brian Frey, who was behind the wheel of an SUV. Unfortunately for the Model 3 owner, Frey was seemingly at a state where he is willing to hurt a fellow driver when he’s upset.

Frey was several car lengths behind the Model 3, with both the all-electric sedan and the SUV going around the speed limit. Woodward then came upon a red car that was driving much slower. Since he wanted to pass the slower car, Woodward merged into the adjacent lane in a standard overtaking maneuver.

This triggered something in the SUV driver. Speaking with local media after the incident, Woodward noted that he saw Frey throwing up his hands in the air like he was frustrated with the electric car driver. But that was just the beginning, as things were about to take a turn for the worse. Frey promptly accelerated hard, hitting the Model 3’s bumper. He followed it up by attempting to run the all-electric sedan off the road.

For good measure, and as Woodward was trying to keep his vehicle under control, Frey aggressively overtook the Tesla and slammed on his brakes. This resulted in the Model 3 crashing straight into the back of the SUV, throwing the massive vehicle forward.

“He forcefully whipped up behind me. He accelerated at me into my bumper, so that was the first hit. Then he pulled up next to me and forced me off the road completely almost into the guardrail going over Center Street. I regained my position back on the road. He overtook me and that’s when you can see in the video that he swerved in front of me and slammed on the brakes as hard as he could,” Woodward noted.

When authorities arrived on the scene, police were faced with conflicting accounts of the incident. Frey argued that it was the Tesla owner who tried to force him off the road before ramming his SUV from behind. Unfortunately for Frey, every single second of his road rage episode was recorded by the Model 3’s built-in dashcam feature. And once the footage was reviewed by the police, the authorities knew exactly what to do.

Deputies promptly ticketed Frey for willful reckless driving. And thanks to his road rage incident, he now stands to lose his license from 30 days to one year.

Speaking to local KETV News about the incident, Capt. Wayne Hudson with the Douglas County Sheriff’s Department highlighted that the Model 3’s dashcam feature proved to be the difference-maker in Woodward and Frey’s road rage case. “Having the video in the vehicle was beneficial to our investigation,” Hudson said.

Watch a news segment about the road rage incident in the video below.