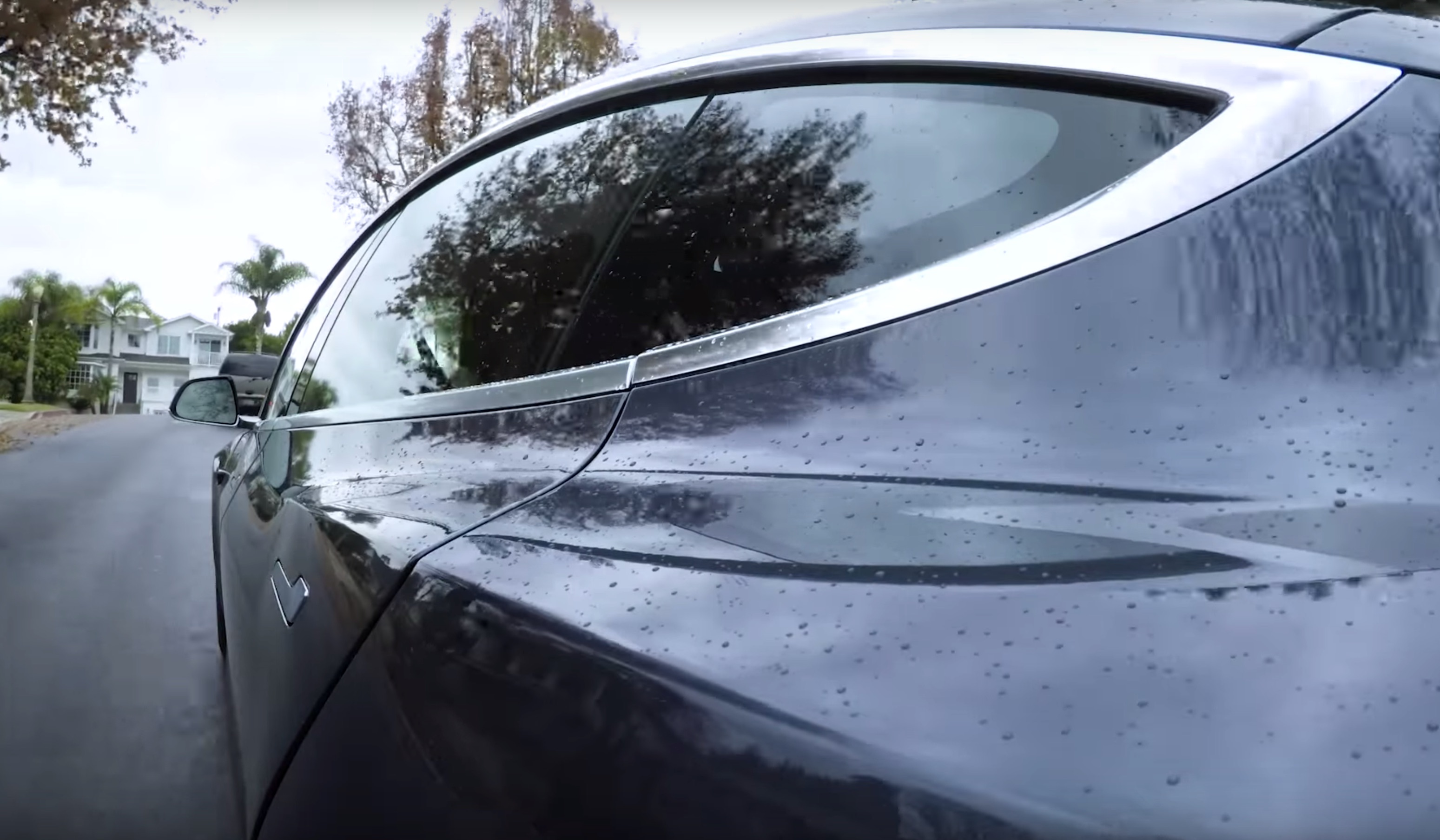 Tesla recently improved its built-in Dashcam feature by enabling vehicles to record and store video from their side cameras, ultimately providing near 360-degree video surveillance capabilities.

The over-the-air software update for Model S, Model X, and Model 3 cars with Autopilot 2.5 hardware was part of a larger release that also included Tesla’s Sentry Mode: a security feature that also leverages the vehicle’s side cameras for detection of intrusion or potential act of vandalism.

“Dashcam can now record and store video footage captured by your car’s side cameras in addition to the narrow forward camera. As usual, the Dashcam icon will be displayed in the status bar with a red dot indicating that it is recording. Tap the icon to save 10-minute video clips or press and hold to pause recording.” notes Tesla in its v9.0 release notes.

A Model 3 owner posted a Tesla Dashcam video to Youtube which provides a good look on the degree of coverage a vehicle’s narrow front-facing camera and side cameras are able to provide.

Accidents or close encounters that take place in a Tesla’s blind spots are captured in comprehensive detail, although without sound. Combined with video recordings from directly in front of the car and one can see that Model S, Model X and Model 3 owners that opt to use the vehicle’s native dash cam feature are given a level of coverage beyond very popular, aftermarket Tesla dashcam solutions.

One can only expect future iterations of Tesla’s Dashcam feature to also include video recording from an additional five cameras. Tesla Autopilot is able to leverage a total of eight surround cameras to provide 360 degrees of visibility around a car.

Here’s another test of Tesla Dashcam with side camera support.