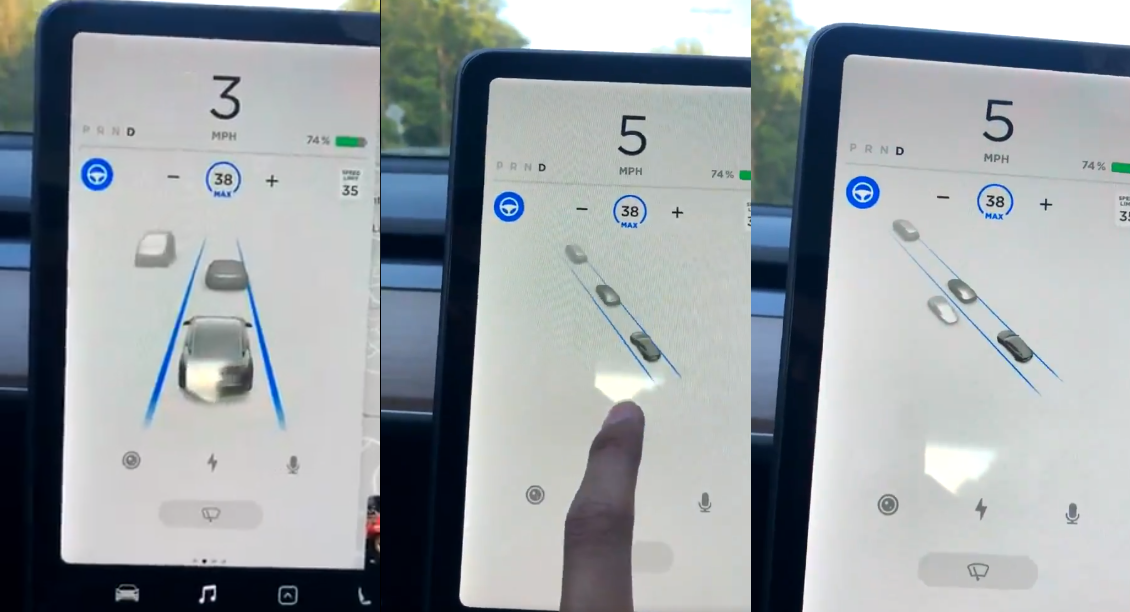 Tesla’s Driving Visualization feature will be able to recognize and render traffic cones on its vehicle’s displays as a way to optimize safety by creating an even more detailed representation of the road, according to CEO Elon Musk.

A Twitter user by the name of @tesla_addicted sent a video of his Model 3 easily navigating through a highway construction area while utilizing Autopilot. The vehicle recognized traffic cones as highway lanes shifted, a feature that certainly impressed the user who submitted the video to Elon Musk. Musk replied that Driving Visualization would soon begin rendering traffic cones on its screen. This addition would certainly enhance the effectiveness of the visualization feature, as it can assist drivers in maneuvering through tough situations due to lack of visibility.

Will start rendering traffic cones in the display soon

Tesla’s electric cars are capable of detecting adjacent vehicles on the road and displaying them on a screen, either on the 15″ touch display on the Model 3 or the dash screen in the Model S and Model X. The details of Tesla’s driving visuals have improved significantly over the years, with the recently-released V10 update even allowing electric car owners to perform actions such as zooming in and out in their vehicles’ displays. The capability of Tesla’s electric cars to recognize what type of vehicles are nearby has also shown notable improvement.

Driving Visualization has many advantages. With it, drivers are certainly not subjected to the uncertainty of blind spots, but the addition of terrain obstacles, such as traffic cones, would increase the awareness that drivers would have when operating their vehicle. In most circumstances, traffic cones are outfitted with reflective tape that helps drivers recognize their presence during the night. However, the roads are imperfect and unpredictable, and there will be times where these cones can not be seen in the dark.

The addition of traffic cones to driving visualization would not only increase driver awareness, but it would also prevent the stresses of having to deal with body damage caused by colliding with an obstacle. On a highway when traveling at faster speeds, hitting a traffic cone could be detrimental to a vehicle’s body.

Tesla rolled out its V10 update in September 2019, and Driving Visualization was one of the programs that saw major improvements within its operation. Tesla enthusiast page “Tesla Mother Frunker” performed a 45-minute live stream of the improvements, noting the ability to see other vehicles for a longer period of time on the screen, as well as change the perspective of the Tesla in order to see the surroundings. Increasingly more detailed Driving Visualization gives owners the peace of mind to navigate with confidence.