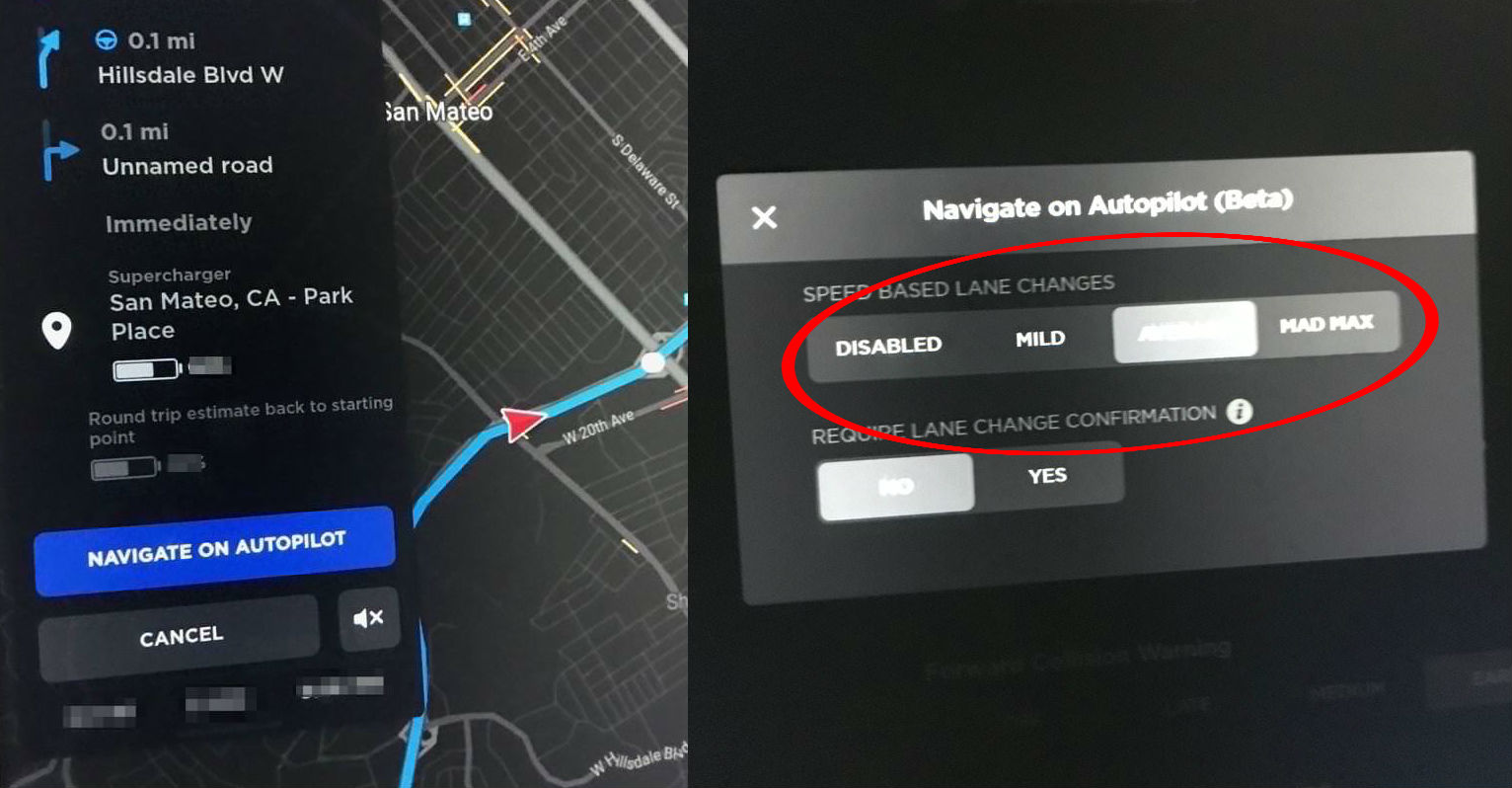 More details and features of Tesla’s Software Version 9 update are being shared among members of the Tesla community, from the system’s blind spot warnings to the introduction of Navigate on Autopilot, a Beta feature designed to get drivers to their destination by guiding the electric car on and off the highway. Images uploaded of this new feature also reveal that Tesla’s “Mad Max” mode, which Elon Musk teased last June, has made it to the V9 update.

Tesla appears to have tweaked its Mad Max mode since it was teased by Elon Musk a few months ago. When Musk initially showed the feature, Mad Max was under the vehicle’s “Blind Spot Threshold” settings. Musk even joked then that Tesla was thinking of adding an “LA Freeway” mode, but such a setting would have been too extreme. 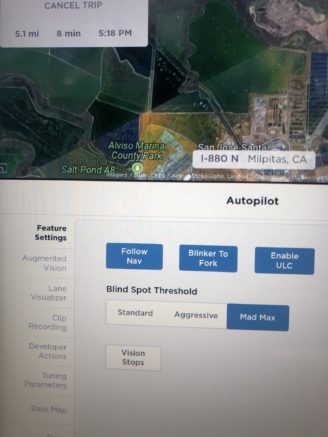 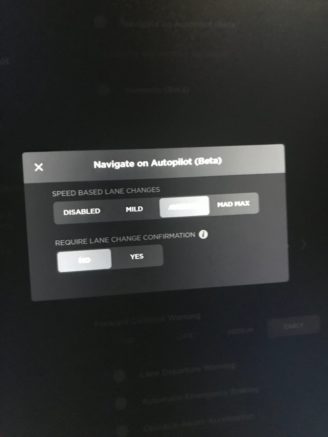 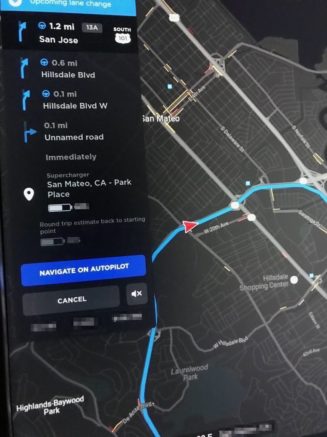 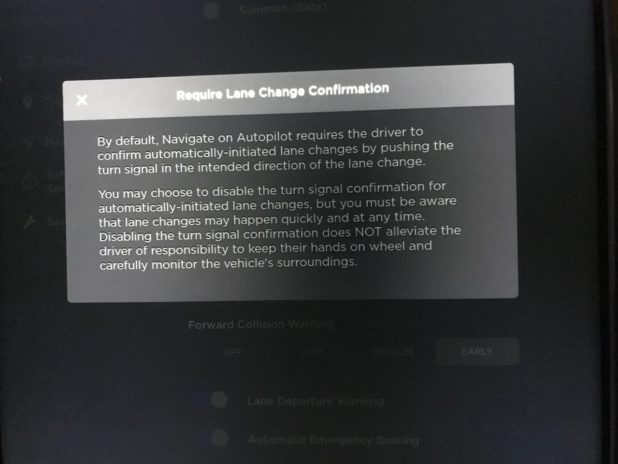 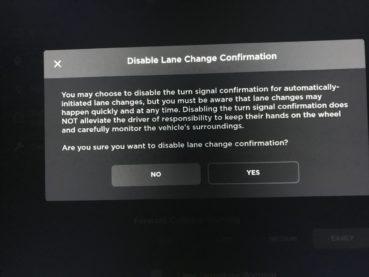 Looking at the features of Software V9 that have been shared online so far, it appears that the update could very well be one of Tesla’s most significant yet. Some of these notable capabilities are found in the Tesla Mobile App, which has received additional functionalities with the V9 update. True to Elon Musk’s previous announcements on Twitter, owners can now start their electric cars’ software update through their phones.

“Whenever there’s a software update available for your vehicle, you can conveniently start the update from your phone. A notification will be sent to other drivers of your car, and they’ll have a few minutes to cancel the update from their app.”

Another highly-anticipated feature in Tesla’s recent update is the rollout of the vehicles’ built-in dashcam capabilities using Autopilot cameras. Tesla is only utilizing one forward-facing camera for the feature, and the system only records an hour’s worth of footage for now, but it does pave the way for more advanced dashcam features in the future.

“You can now record and store video footage captured by your car’s forward facing camera onto a USB flash drive. Note that you must manually add a base-level folder in the flash drive called “TeslaCam” (without quotation marks) before it can be used for Dashcam. Refer to the Owner’s Manual for details on how to use Dashcam.”

Perhaps most notable about Tesla’s Version 9 update, though, is how well it seems to be working with the company’s fleet of vehicles. Earlier today, Model S owner Soma Zambelly shared some videos of V9 running on his electric car. Despite the Model S being equipped with an old MCU and AP1 hardware, the recently shared clip featured a smooth and lag-free user interface.