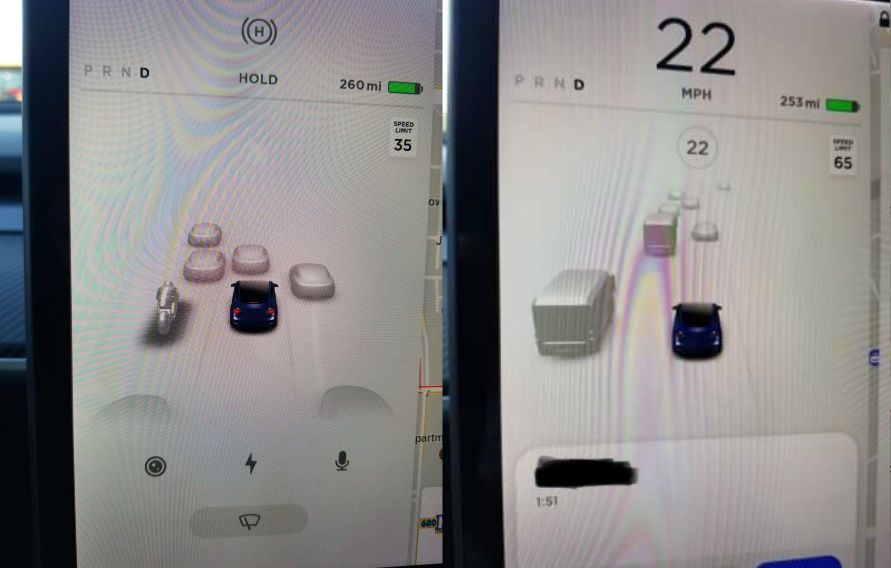 Tesla owners who belong to the company’s group of advanced early access users have begun receiving the highly-anticipated Software Version 9 update. Since the update began rolling out, images of the electric cars’ new features and functionalities have started emerging online, the most recent of which shows what appears to be V9’s blind spot monitoring system and updated vehicle icons.

Just yesterday, Elon Musk announced that the Version 9 update is undergoing final tweaks before it gets released. Musk also noted that Tesla is looking to have a wide rollout of the software update sometime at the end of the week. Not long after Elon Musk’s announcement, though, some members of the Tesla community who were part of the advanced early access program reported that they had received the V9 update. Among these is Model 3 owner Marc Benton, who shared several screenshots of V9’s release notes and some compelling new features. 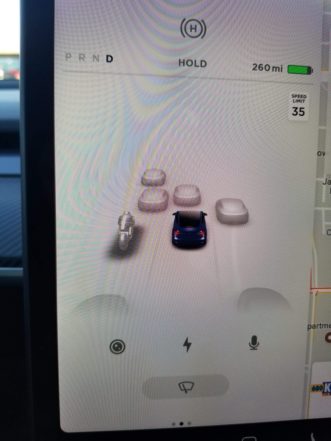 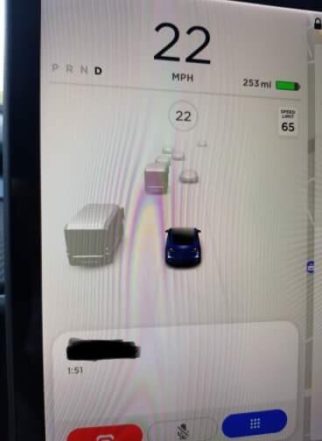 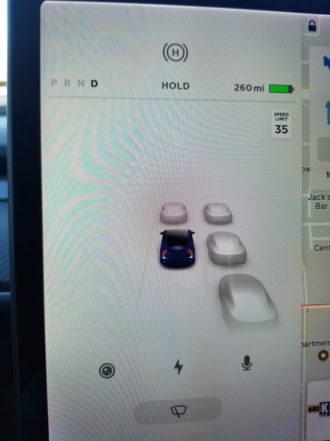 The advanced early access user has since followed up on his Twitter updates, sharing images taken of the Model 3’s 15″ display while the vehicle was in traffic. In one of these pictures, blind spot detection notifications seem to be visible. The new update also enables the Model 3 to detect and render the types of vehicles nearby, such as motorcycles and trucks. Compared to Version 8, which depicts all vehicles detected by the system as Tesla-outlined cars, Version 9’s icons for surrounding vehicles are a lot more interactive and accurate.

Another feature that debuted on the Model 3 with the latest software update was a web browser, which, prior to V9, was exclusive to the Model S and X. The browser in the Model 3 occupies the majority of the electric car’s 15″ display, and according to Benton, the speed of the built-in browser appears to be fairly quick. The Model 3’s web browser could be accessed while the vehicle is on the move, though the feature seems intended to be used by passengers.

Apart from blind spot detection features, updated traffic icons, and a web browser, Tesla’s Software V9 update for the Model 3 also introduces Calendar integration. Just like the web browser, Tesla’s Calendar app, which allows users to sync their smartphone’s calendar to their cars, used to be exclusive to the Model S and X. The rollout of the app, if any, appears to be part of Tesla’s initiative to introduce features from its flagship Model S and Model X line to the more affordable Model 3.

Perhaps most notable in Tesla’s V9 update, though, is the car’s new Energy App, which allows drivers to view their vehicles’ energy consumption in real-time. The Energy App also works with Navigation, in the way that touching the Trip tab on the Model 3’s 15″ touchscreen displays the projected energy consumption for a designated trip. Such a feature would be invaluable for electric car owners who are fond of taking road trips, as the app would allow drivers to determine when or where to stop for a charge.

A video of Tesla’s Atari Easter Egg as accessed through a Model S has also been shared by the Model 3 Owners Club.