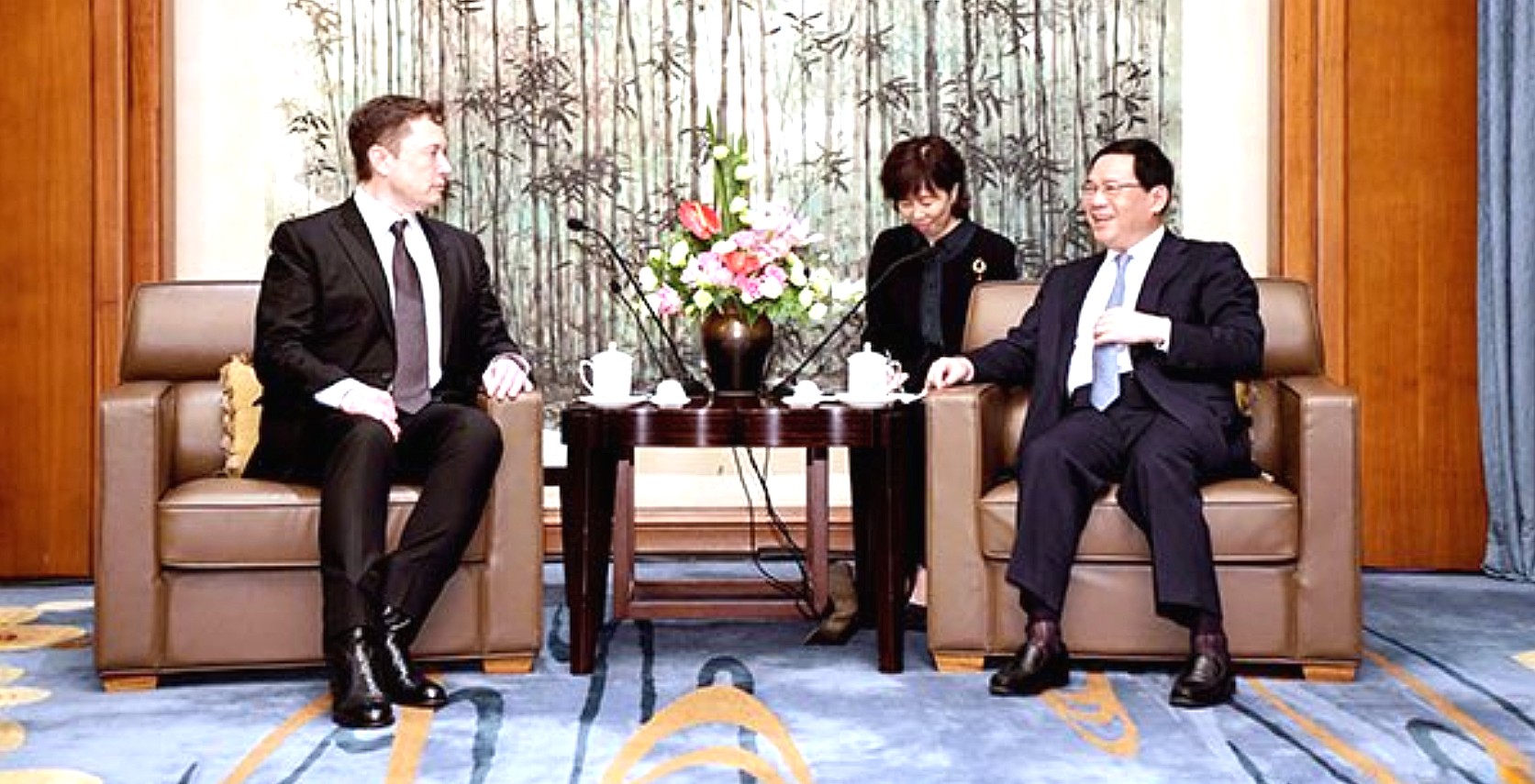 Recent images from China revealed that Tesla CEO Elon Musk had a busy day following his appearance at the opening segments of the 2019 World Artificial Intelligence Conference in Shanghai. Following his free-wheeling AI debate with Alibaba founder Jack Ma, Musk visited the Gigafactory 3 site in the Lingang industrial area, before meeting with Shanghai Party Secretary Li Qiang for a conversation about Tesla’s initiatives in China.

Elon Musk’s visit to the Gigafactory 3 site appears to have been a welcome change of pace for the upcoming facility’s workers, who appeared to appreciate the presence of the Tesla CEO. The details of Musk’s visit to the Shanghai-based electric car production facility have not been shared by local news outlets yet, but social media reports from Shanghai stated that the Tesla CEO was extremely happy about the progress of Gigafactory 3’s construction.

After his visit to the Gigafactory 3 complex, Musk met with Li Qiang, the secretary of the Shanghai Municipal Party Committee. During their conversation, the government official highlighted that Tesla and Gigafactory 3 are welcome additions to Shanghai, as they will bring new products and innovations to the city. Li also mentioned that Shanghai wants to build a highland for AI development in the future.

Musk, for his part, proved equally optimistic and thankful for China’s support of Tesla. While speaking at the 2019 WAIC, Musk remarked that he is simply stunned about the quickness and efficiency of Gigafactory 3’s buildout. “Tesla’s China team has done an amazing job and I’m astounded that so much progress has been made for the Shanghai Gigafactory. It’s a good story for the world to see how much progress you can make in China. I really think China’s future looks very impressive,” he said.

Following his busy Thursday, Musk appeared to have flown to China’s capital on Friday, as evidenced by pictures depicting the Tesla CEO having lunch at a famous Baozi (filled bun) restaurant in Beijing. Interestingly, the restaurant is very close to the Beijing office of the National Development and Reform Commission (发改委), which handles the country’s comprehensive economic projects, among others.

Apart from Elon Musk’s appearance at the 2019 World AI Conference and his visit to the Gigafactory 3 complex, the Tesla CEO is also expected to launch The Boring Company’s China unit on this particular China trip. More details about this initiative will likely be shared from local news agencies, or in social media platforms, in the coming days.