EVs like Teslas will save lives and billions in health costs in 2050: ALA report

The American Lung Association recently published a report advocating for a nationwide transition to electric vehicle (EV) transportation. Specifically highlighting public health, air quality, and climate change benefits that will be brought about by the widespread use of electric cars, the organization estimates over 6,000 saved lives, $70 billion dollars in health cost savings, and $113 billion dollars in climate-driven savings in 2050 if zero emissions from vehicles are achieved by that year.

“[T]he benefits to our environment in the form of avoided climate change impacts, as expressed as the Social Cost of Carbon, could surpass $113 billion in 2050 as the transportation systems combust far less fuel and our power system comes to rely on cleaner, non-combustion renewable energy. This value reflects a range of negative consequences to health, agricultural productivity, flood risk and other adverse impacts generated by carbon emissions in the form of global climate change.”

In “The Road to Clean Air,” the American Lung Association (ALA) provides a number of comparisons of reduced emissions against the current environment, i.e., Business as Usual. All states in the US were shown to benefit significantly in terms of health and economic productivity, but specific metro areas were highlighted given traffic congestion and pedestrian proximity to vehicle emissions. “Eighteen states show annual benefits reaching $1 billion or more in 2050 while even the smallest states see benefits in the tens to hundreds of millions,” the report detailed. 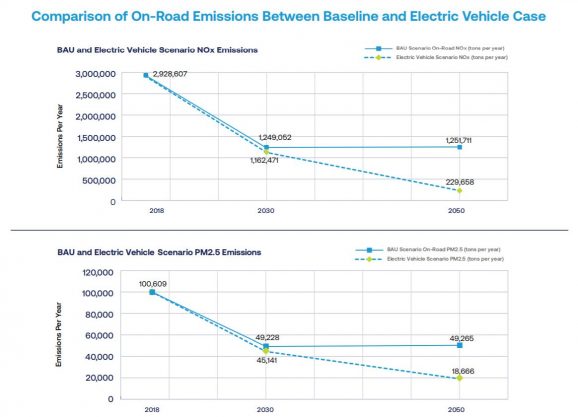 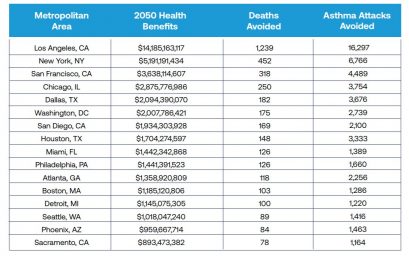 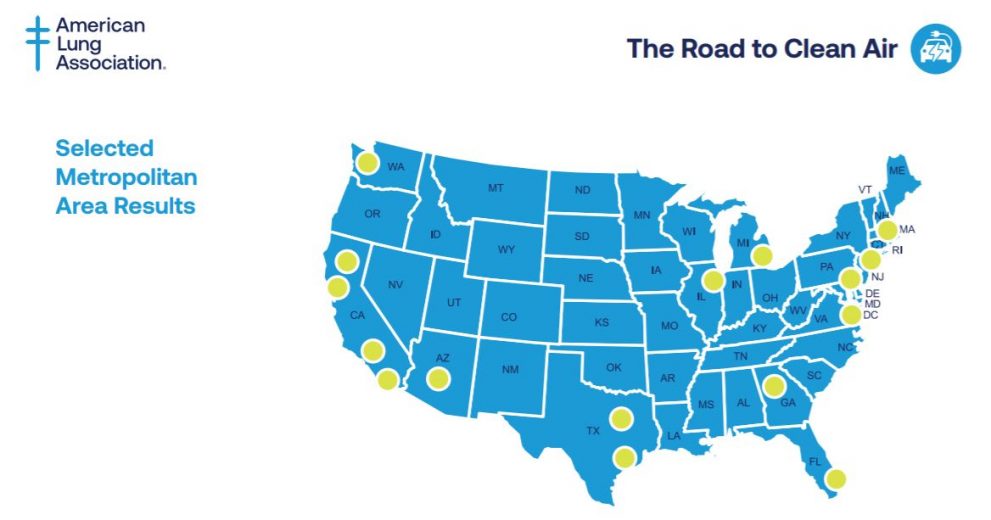 Along with detailing the benefits of a zero-emissions transportation sector in the US, the ALA also proposed a few action recommendations in their report. Key among them were establishing policies at the federal and local levels which prioritize zero-emission transportation (extending incentive programs, increasing grant funding for bus/truck purchases) and investing in infrastructure changes that provide for charging networks in all areas where they’d be necessary for widespread adoption (parking garages, workplaces, multi-unit housing). On an individual level, the ALA recommended changing energy providers to those with clean-energy sources and test driving (ultimately buying if in the market) electric cars to familiarize oneself with their features and benefits.

The long-term societal benefits that EVs like Teslas may offer are well-known by their most enthusiastic proponents, and this recent ALA report is yet another confirmation of the data that drives their advocacy. Tesla CEO Elon Musk, with both his fans and fans of the company’s vehicles following suit, are counted as some of the most vocal and action-oriented about these potentials. Since Musk’s first Master Plan was published in 2006, Tesla has been pushing to achieve the zero-emissions transportation future laid out by the American Lung Association’s recent report. The Boring Company’s tunneling with all-electric vehicles providing the passenger ferrying will also play a part in this plan, even if not originally included. Finally, with Tesla’s renewed focus on expanding the solar energy side of the business, Musk and company hope to tackle the climate change impacts on both US and international health as well.

ALA – Electric Vehicle Report by Simon Alvarez on Scribd

EVs like Teslas will save lives and billions in health costs in 2050: ALA report