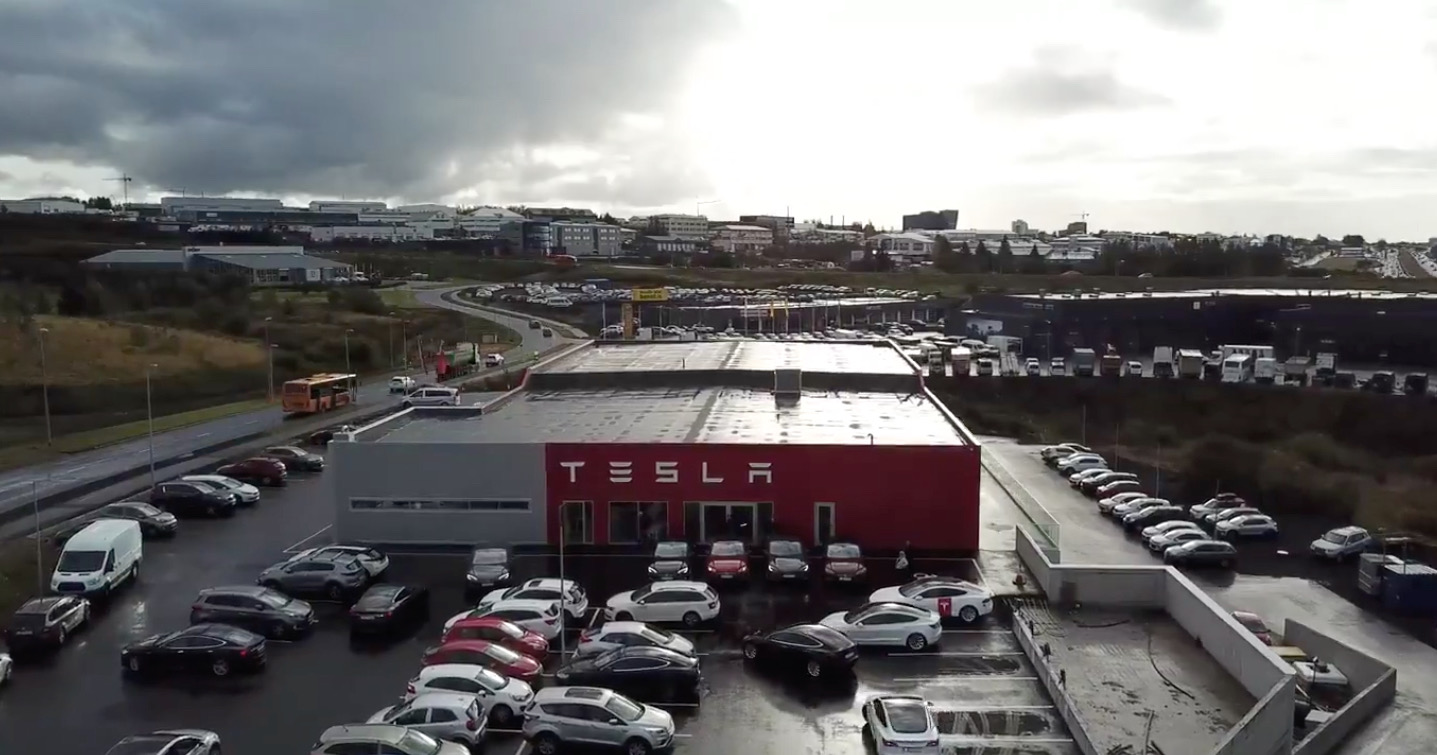 (Credit: A Tesla in ICEland)

Tesla plans to build more Supercharger V3 stations in Iceland, further solidifying the EV automaker’s subtle domination on the island nation. According to a local Icelandic news agency, Tesla will open a new Supercharging station in Staðarskáli in Hrútafjörður this week.

The Tesla chargers opening this week will feature 250kW stalls, suggesting that the units will be V3 Superchargers. This marks the first time V3 Superchargers are installed in Iceland. Tesla Supercharger V3 is 70% more powerful than other charging stalls available in the country at the moment, reported mbl.is.

EV enthusiast Alex Voigt recently observed that Tesla has been “silently dominating” Iceland. “Soon you can reach every place on it with a [Long Range Model 3] just using Superchargers,” he wrote. Iceland’s land area spans 103,000 sq km (39,769 sq mi), extending only 490 km (304 miles) from east to west and 312 km (194 miles) from north to south. Given those measurements, a Tesla could cross Iceland in a single charge, under optimum conditions.

Iceland’s new Supercharger stations makes owning a Tesla even more worth it. With an upgraded charging infrastructure, Tesla could easily dominate Iceland’s EV sector even more. Its affordable charging rates (free for some Model S and Model X) would rival that of gas stations with ease.

In 2019, Tesla owner @ATeslaInICEland posted a video of the first Supercharger Tesla installed in Iceland. According to the Model S owner, it was a mobile Supercharger unit. Ole Gudbrann Hempel, who oversees the growth of Tesla’s Supercharging stations in Nordic countries told ViðskiptaMoggan that Tesla plans to install more Superchargers in the future.

In 2018, Elon Musk said he would expedite Tesla’s growth in Iceland after @ATeslaInICEland informed him that the island had more EV sales than Denmark and Finland in 2017. The Model S owner also pointed out that Iceland was a nation made up of only 350,000 people, highlighting the reach of the country’s EV sector.

Musk did not disappoint. On September 2019, Tesla opened its first sales and service center in Iceland in Reykjavik. By the end of Q1 2020, Tesla had become the top car brand in the island, beating Toyota and Volkswagen, as per InsideEVs.

Watch a test of Tesla’s Supercharger system in Iceland in the video below.