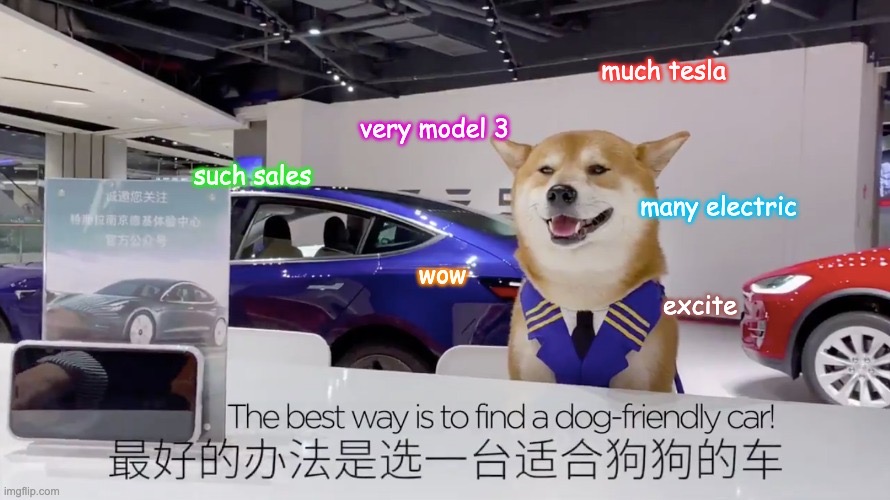 Tesla China’s new Model 3 ad pointedly targets animal lovers and their furry friends. It invites people to take a trip with their pet and showcases how a Tesla might be the best vehicle to drive on that journey.

Tesla China released an ad for the new Model 3, featuring a good boi Shiba Inu (fondly known in the internet meme community as a “doge”) taking a trip with his trusty human, and, at one point, serving as a sales rep for the company’s vehicles. The Model 3 ad may be the best one yet, showcasing one of Tesla’s more unique and probably most underrated feature, Dog Mode.

Dog Mode allows Tesla owners to maintain the temperature of their vehicle so pets, like the Shiba Inu in the Tesla China Model 3 ad, can sit comfortably inside while their humans are away. This is very convenient for pet owners, especially those who like to bring their animal companions everywhere.

Now more than ever, people are itching to go out, even if it is just a drive. After months of lockdowns due to the pandemic, some fresh air and a trip with the bestest boi or gal would probably a top priority for people.

Southeast Asian countries, like China, have approached the pandemic with caution. People still follow social-distancing rules in most, if not all, SE Asian countries even as malls and outdoor recreational areas open up again.

Taking a drive or short trip alone might feel a little too lonely after months of isolation though. At the same time, taking a human friend or relative might not be the best idea unless notable safety precautions are taken. Luckily, the risk of animals spreading COVID-19 to people is believed to be low, according to the CDC. Taking a trip with a beloved pet may then be a safe option for animal lovers.

Tesla released Dog Mode last year and it has become a popular feature for the company’s electric cars, especially among pet owners and animal lovers. Dog Mode was the perfect solution for pet owners who liked bringing their furry friends around with them.

According to the American Kennel Club, leaving dogs or any pet inside a car is dangerous. The temperature inside a car could easily rise within minutes even if the windows are down. In some states in the US, leaving pets unattended in a vehicle is illegal and people are allowed to break into the car to rescue the animal. Dog Mode maintains the temperature of a car so pets can stay comfortable inside while owners are away.