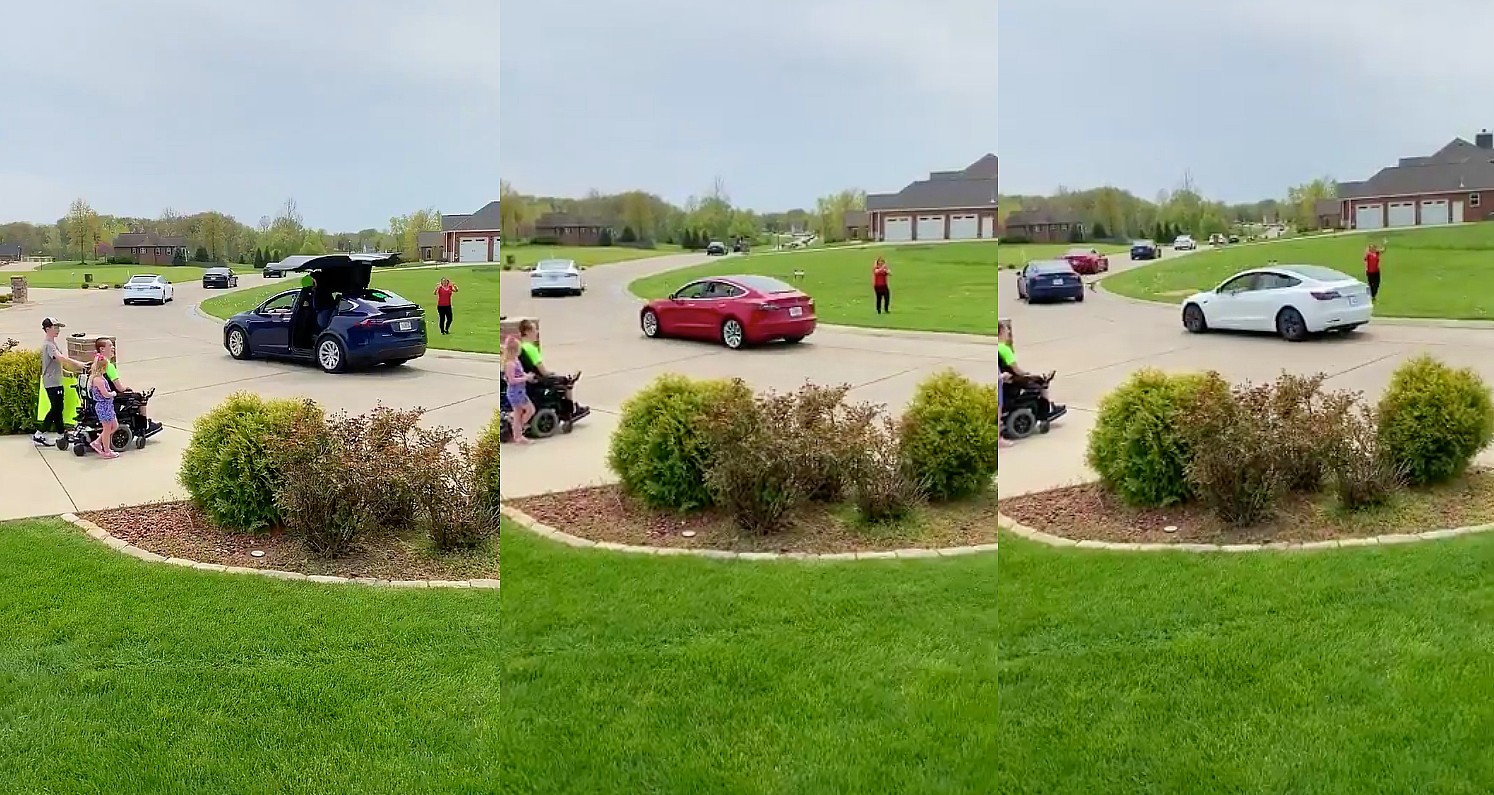 Tesla Model 3 owner Rick Delashmit’s 14-year-old son was looking forward to his upcoming 15th birthday. Being an avid Tesla fan, his 15th would mark the day when he could start taking driver’s education classes. It would also be the day when he experiences the family’s Model 3 from the driver’s seat.

Unfortunately for Delashmit’s son, the ongoing coronavirus pandemic has resulted in all driver’s education courses getting canceled. That’s an unfortunate situation on its own, and it’s made worse by the fact that so much about the situation was out of the Model 3 owner’s control. This was when the Tesla community started to make a difference.

Delashmit opted to share the upcoming birthday with the St. Louis Tesla group’s Facebook page, telling the community that his son was bummed because he won’t be able to get his permit or drive a Model 3 due to the pandemic. The Tesla community responded to the story, and before long, over 30 Model S, Model X, and Model 3 owners committed to giving the young electric vehicle fan a 15th birthday to remember.

On Delashmit’s son’s 15th birthday, 36 kind Tesla owners from St. Louis performed a brief parade for the young EV fan. Various Teslas were in attendance, from the Model S to the Model 3 and the Model X. Some Tesla owners came with balloons, others with handmade signs, and several opted to greet 15-year-old as their vehicle passed by the Delashmits’ home.

The whole event was brief, and due to the ongoing pandemic, there was no time for photo opportunities, no time to shake hands, not even a moment to hug the birthday celebrant. Due to social distancing rules, the most that the St. Louis EV owners can do for the young Tesla fan is to give the birthday celebrant their well-wishes personally. And they did, in a very visible fashion. A video of the event showed that the birthday celebrant was ecstatic. Delashmit later added in a Twitter update that the act from the Tesla community brought his wife to tears.

The Tesla brand is powerful, but its community is even more impactful. Auto enthusiast groups are not uncommon, but rarely does one find a group as close-knit and united as the Tesla community. Perhaps this is because of the company’s mission, which goes far beyond developing a simple business model that’s designed to make as much money as possible. Tesla’s mission is to accelerate the advent of sustainable energy, and that’s something personified by the company, its community, and CEO Elon Musk every day. And that, for many, is a cause worth supporting.