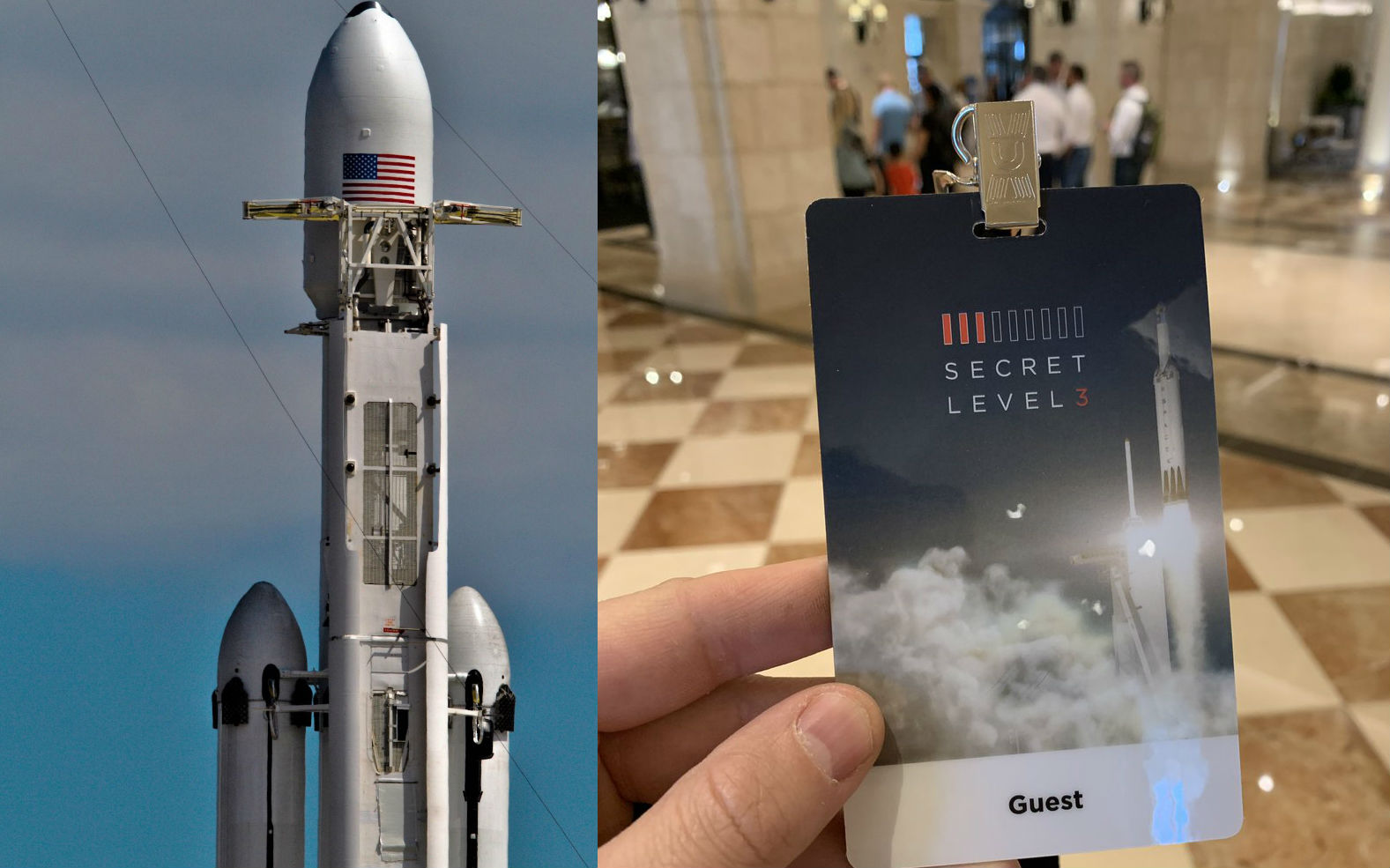 As Elon Musk’s private space company, SpaceX, prepares to launch the first commercial mission of Falcon Heavy, a number of Tesla community members are preparing for an experience of a lifetime. Tesla’s previous referral program included a number of secret levels that hold special rewards, among them being an invitation for the Falcon Heavy launch today. Owners who qualified for the reward were given the opportunity to witness the gigantic rocket’s flight with a guest of their choosing.

For some Tesla community members, the Falcon Heavy launch today is worth the long trip to Launch Complex 39A of NASA’s Kennedy Space Center in Cape Canaveral, FL. Several electric car owners who sent messages to Teslarati noted that the upcoming flight of SpaceX’s largest operational rocket is something that is not just a lot of fun; it is also something that could be a source of inspiration.

Tesla Model S owner Jim McPherson noted that he resolved to witness the next Falcon Heavy launch after he watched SpaceX propel Elon Musk’s personal Tesla Roadster to space last year. Bringing his family with him to Florida, the Tesla owner noted that he believes the event is a good way to inspire his daughter to like STEM, and at least, “be excited about the future.” The family drove from Washington D.C., using Tesla’s Supercharger Network along the way. “The supercharger network is so well built out on I95 that you really don’t have to worry much about where you will stop. It’s kind of weird it’s so easy compared to how it used to be,” he said.

Fellow Tesla Model S owner Bruce (last name not given) traveled with his daughter from Atlanta. The father-daughter team drove Monday night until Tuesday to get to Florida, camping in the back of their Model S as needed. Just like McPherson, Bruce noted that he wishes for his daughter to be inspired by the Falcon Heavy launch, particularly as she is already in love with rockets. Tesla Model 3 owner Mark (last name also not given) added that he also decided to come and see the Falcon Heavy’s next launch after last year’s maiden flight. During that time, he did not even have a Tesla. Mark drove his Model 3 all the way to Florida for today’s launch, using Navigate on Autopilot most of the way.

Some Tesla owners mentioned that the Falcon Heavy’s launch is something that can simply bring families closer to each other, particularly since events that are experienced together rarely fade from memory. “This is something that me and my kids will remember for the rest of our lives,” Kim, the host of popular Tesla-themed YouTube channel Like Tesla said.

This is also a motivator for Model 3 owner Sofiaan Fraval, who flew in from California with his wife and child for the event. The Model 3 owner noted that the delays in Falcon Heavy’s launch actually worked in his family’s favor, as the experience turned out to be a mini-vacation. Fraval stated that seeing the Falcon Heavy in person, and interacting with other Tesla enthusiasts, has made the experience amazing — and the rocket hasn’t even launched yet.

For some Tesla owners, Falcon Heavy is simply something that inspires awe and thus must be experienced firsthand. “I am here to feel the power of the worlds largest operational rocket in person,” Will Fealey, President of Tesla Owners Club UK, said. Others, such as Model S owner Eli Burton, see Falcon Heavy’s upcoming commercial flight as a “major milestone” for humanity as a whole. “This is the beginning of a sustainable path for humans to return to space, go to the Moon, and eventually go to Mars. This is now the beginning of private enterprise being the engine that drives humans to becoming a multiplanetary species,” he said.

For now, the Tesla owners at Cape Canaveral remain waiting, hoping that within the next few hours, they can literally witness a moment that will be etched in history. For referring friends to Tesla’s electric cars and energy products, this particular rewards is definitely well worth the journey.