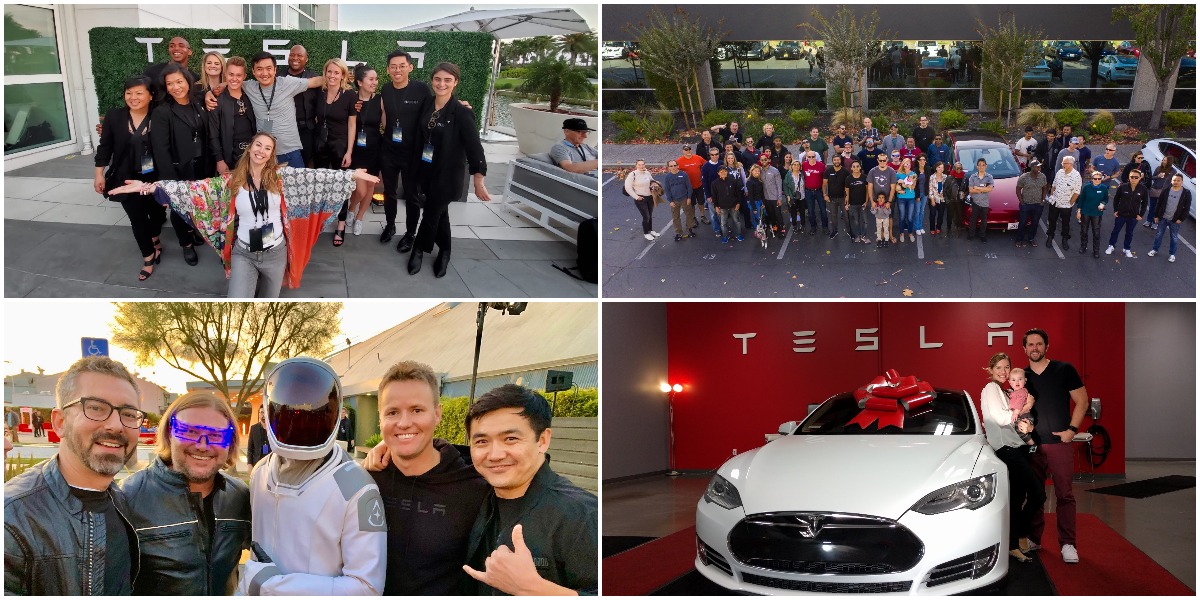 On a day infamous for the celebration of those involved in cannabis culture, enthusiasts of another “green” industry have come together to celebrate the accomplishments of Elon Musk, the CEO of Tesla, SpaceX, and the Boring Company.

Various members and influencers within the Tesla community have banded together to label April 20 as #ElonMuskDay, to celebrate the CEO’s accomplishments that have led to Tesla becoming the leading automaker of electric vehicles and a catalyst in sparking the sustainable energy industry.

4 years and 5 million subscribers ago this week, we bought our first @Tesla. Since then I’ve come to appreciate the positive impact @elonmusk has made on Earth for generations to come. Happy #ElonMuskDay pic.twitter.com/NMu9WeeElI

Additionally, Musk’s contributions to SpaceX have revamped the space industry in the United States. All of Musk’s ventures were not an attempt to become a rich entrepreneur and business magnate, but to help humans on Earth free themselves from the harmful fossil fuel-based energy that has been poisoning our Earth.

Happy #ElonMuskDay! I'm grateful to @elonmusk for giving me interesting stuff to talk about each week online and for inspiring future generations to look up and wonder 🙏 pic.twitter.com/KmK1JjpVRa

While Musk’s real mission was to help prevent a possible extinction by alleviating the world’s overwhelming thirst for fossil fuels, the cars he has helped produce have turned many people into believers in electric vehicles. In turn, the company’s vehicles have saved the Earth’s atmosphere from over 3,585,446 tons of carbon dioxide, decreasing the amount of poisonous fumes that have been released and slowing the rate of global climate change.

Tesla has become a strong force in the fight against climate issues by offering people vehicles that pack high-performance specifications with Earth-friendly goals. This mission has led to Tesla delivering hundreds of thousands of cars every year, with analysts predicting no end in sight for the electric automaker. With the Model 3 and Model Y, Tesla has even started taking on the mass market, which opens up a large demographic of mainstream car buyers.

Happy #elonmuskday ! @MorrisonHiker and I are very thankful for everything @elonmusk, his family, and his employees have done for the community! A path to a sustainable future is the only future! pic.twitter.com/gebC7wT0UF

Tesla’s progress in the global movement against environmental hardships is a result of direct contributions to Musk’s time and money. The journey has not been a short or easy one, though. Musk nearly ran out of funds in 2008 and chose to invest his last bit of money equally into both Tesla and SpaceX. Twelve years later, both companies are thriving. Tesla is coming off of its most significant Q1 in company history, and SpaceX continues to dominate the aerospace industry with its regular launches using reusable rockets.

How we all came together to find purpose and excitement in getting up each day and want to live. #ElonMuskDay https://t.co/79nwWooNa6 https://t.co/PaQYhXmAfD pic.twitter.com/ZcZDQzoPGx

Thanks for everything your doing for the world @elonmusk and @Tesla Let today officially be recognized as #ElonMuskDay pic.twitter.com/ONxXVlDPtd

The date of 4/20 is a number that is associated with Musk for several years. On August 7, 2018, the Tesla CEO hinted toward taking TSLA shares private at $420 per share. “Funding secured,” Musk wrote. He ultimately decided against taking the company private, but Tesla reached Musk’s $420 price target on December 23, 2019. Since then, TSLA shareholders have enjoyed significant growth in the valuation of the electric car maker. The stock more than doubled since mid-March despite a negative influence from the COVID-19 pandemic.

Thank you to @ElonMusk and @SpaceX for making us proud to be human #ElonMuskDay pic.twitter.com/IctB4xQcMy

Tesla and Musk’s influence is undeniable after a significant number of members of the community labeled 4/20/2020 as #ElonMuskDay. The man’s mission to save humanity from the use of fossil fuels has spread all across the world. Musk’s mission to preserve the Earth is far from over, but the growth of the community and the company speaks for itself. The goal to save everyone from climate change is certainly not a sprint, it’s a marathon.

#ElonMuskDay is about much more than one man. It’s a community, family, friendship. It’s about humanity, clean air, and progress for future generations. The whole is greater than the sum of its parts.

On @elonmusk day we are reminded of all the different people brought together on one purpose and mission. The community has been the best aspect of owning a Tesla. #ElonMuskDay pic.twitter.com/Glh5XA0sjQ

Tesla’s influence has led to a transition to electrification from many large automakers after recognizing the need to leave dangerous and unhealthy petrol sourced energy in favor or clean electric power.