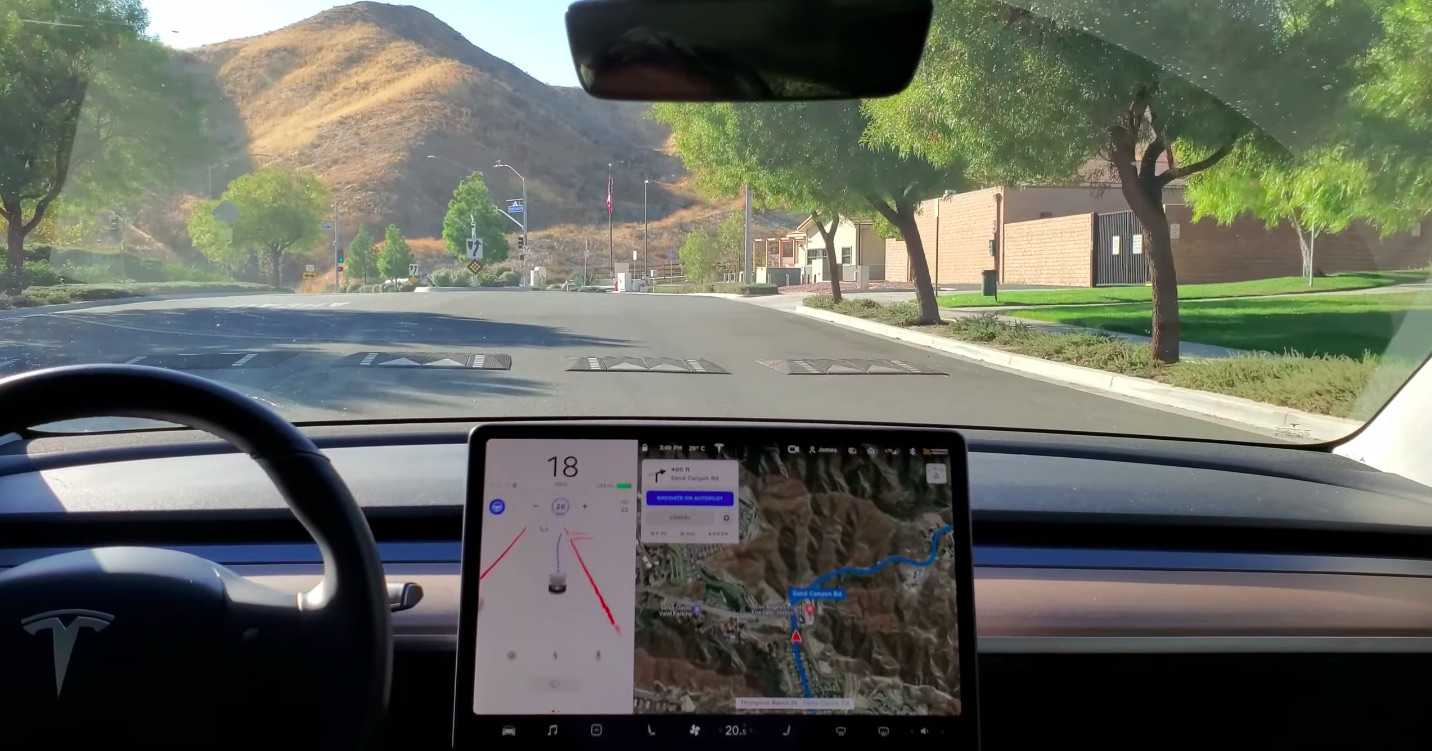 Elon Musk has previously noted that the improvements in the capabilities of Tesla’s Full Self-Driving system will be rapid once the company rolls out its Autopilot rewrite. Based on recent real-world tests of the FSD beta in action, it appears that improvements are indeed coming quickly, with the system now learning how to slow down for speed bumps on residential roads.

It should be noted that Tesla’s limited FSD beta has only been released to a select few electric car owners for about a week. Since its initial rollout on October 21, the FSD suite has been tested by Tesla owners on a variety of locations, from parking lots to narrow streets to unpaved backroads that are partially covered. And while it is evident that the FSD beta is not perfect yet, Tesla owners conducting the tests have reported that the system is improving quickly.

One of these improvements was recently shared by Tesla owner James Locke, whose Model 3 is currently running software version 2020.40.8.11. In a recent video uploaded on YouTube, Locke demonstrated how the FSD beta slows down for speed bumps on residential roads. This could be seen Locke’s video, which featured the Model 3 seemingly detecting and responding to speed bumps in a manner that is very similar to a human driver.

Elon Musk has noted that Tesla’s FSD beta will likely see a wider release around the end of the year. With FSD’s capability to navigate city streets and residential roads, the suite would effectively become feature-complete. Accomplishing this would allow the company to take a step forward in its goal of rolling out a fleet of self-driving Robotaxis that could provide affordable and safe ride-hailing services to commuters.

Beyond the raw capabilities of the FSD beta, perhaps the most impressive aspect of Tesla’s advanced driver-assist suite is its capability to improve in a very rapid manner. If the FSD beta is now starting to behave like a relatively careful, albeit new, human driver for now, after all, it would be quite interesting to see just how capable the system could become within the following months and years.

Watch a test of Tesla’s limited FSD beta on a residential road with speed bumps in the video below.