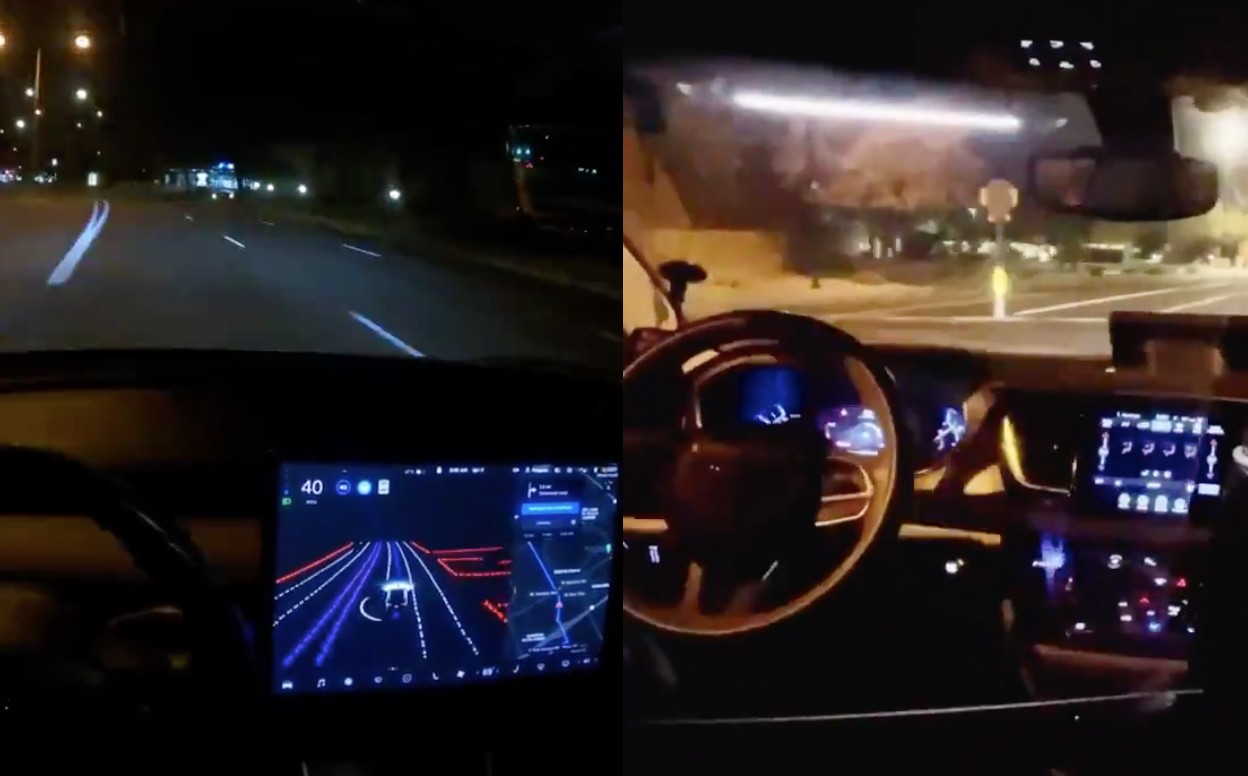 Tesla’s Full Self-Driving suite recently went head-to-head against the acclaimed leader in the autonomous driving race, Alphabet’s Waymo. The two self-driving systems were tested twice using destinations that are frequented by commuters. In both instances, the results proved quite surprising, especially on Waymo’s part.

Rankings of the market’s self-driving systems today typically rank Waymo at the top, thanks in part to the number of miles driven by the company’s vehicles in simulations and several geofenced areas today. On the other hand, Tesla typically does not get ranked among self-driving systems at all, since its Autopilot and FSD Beta require drivers to keep their hands at the wheel and remain attentive on the road.

Tesla Model 3 owner and FSD Beta tester @WholeMarsBlog was fortunate enough to personally test the capabilities of Alphabet’s Waymo, a driverless ride-sharing service that is currently being deployed in several geofenced areas today. The Tesla owner opted to see how Waymo’s driverless taxi compared to his Model 3’s FSD software when tasked to drive to two destinations: a Taco Bell outlet and a Safeway grocery store.

During the drive to Taco Bell, both Tesla’s FSD Beta and Waymo’s driverless taxi completed the task without any untoward incidents. However, Waymo ended the ride by dropping off the Tesla owner at the wrong side of the road, despite the destination clearly indicating the restaurant’s exact location. This resulted in the EV advocate walking several minutes to reach the Taco Bell. Tesla’s FSD Beta completed the drive well, dropping off the Model 3 owner at the restaurant, and on the right side of the road.

A second test to a Safeway grocery store ended with equally-interesting results. This time around, Waymo’s autonomous taxi dropped off its passenger in the correct location, and the same was true for Tesla’s FSD Beta. However, there were differences between the two drives, with the Model 3 owner stating that the Waymo took a more roundabout way to reach its destination. Ultimately, Waymo completed the drive in 8 minutes, while Tesla’s FSD Beta was able to do the same in 5 minutes and 12 seconds.

In a message to Teslarati, the Tesla owner noted that based on his experience, Tesla’s camera+AI approach definitely seems to be on par, if not more efficient, than Waymo’s Lidar-based approach on autonomous driving. The limitations of Waymo’s geofenced areas were also evident as the autonomous taxi’s routes ended up being longer. Tesla’s FSD Beta does not have this limitation, and the system behaves bolder due to the presence of an attentive driver.