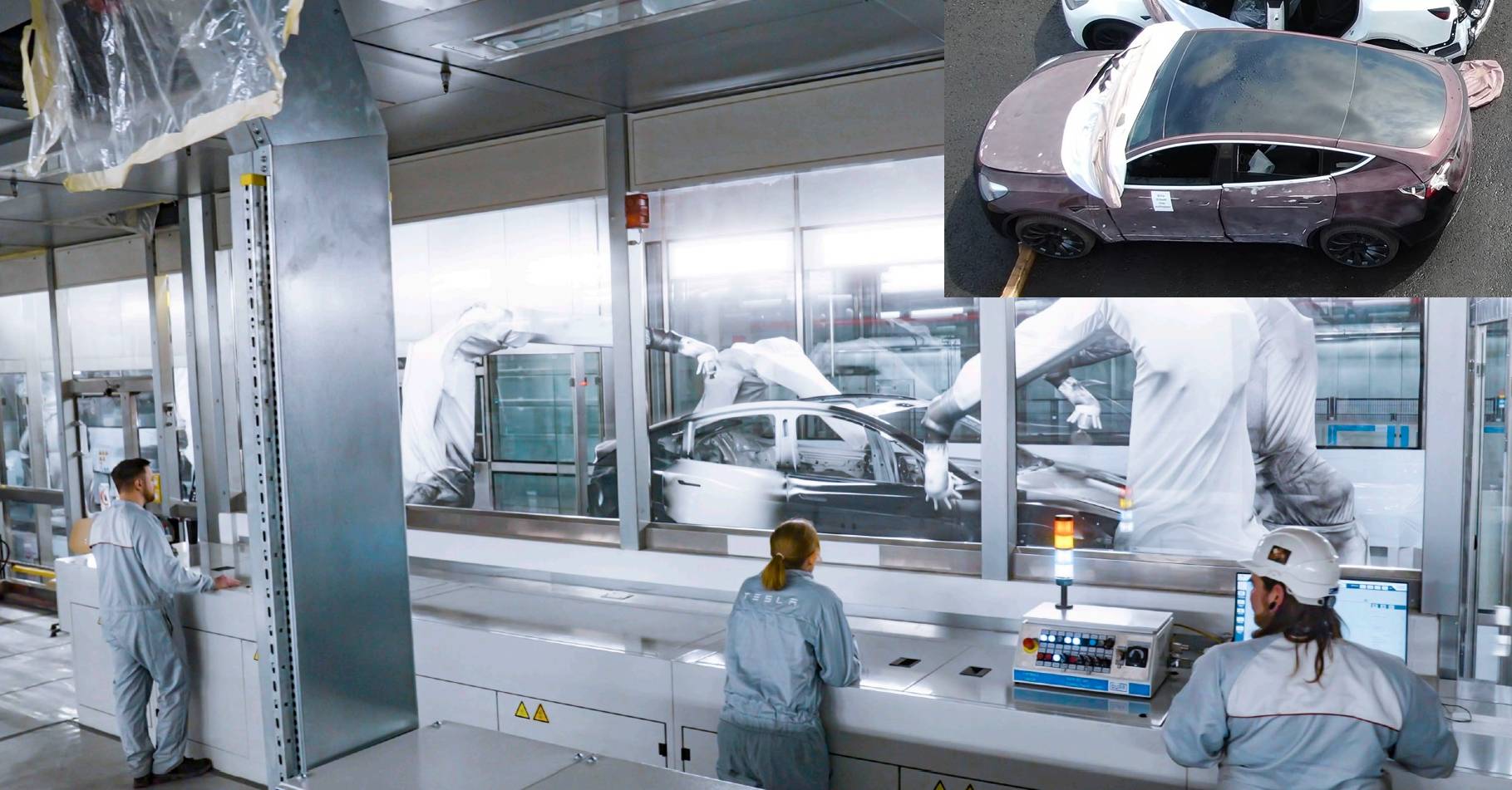 Looks like Tesla Giga Berlin is testing its paint shop with new color options. A recent flyover revealed a Model Y with Deep Crimson paint, hinting at Tesla’s efforts to expand the options for its best-selling all-electric crossover in the European market.

The video, which was uploaded by Giga Berlin watcher Tobias Lindh, featured a flyover of the expansive electric vehicle production complex. The drone operator noted that trial production to test Giga Berlin’s upgraded lines have already started, and reports emerged suggesting that the facility produced a Model Y with a single-piece front casting.

Giga Berlin has reportedly also produced a single-motor RWD version of the Model Y, as well as a Model Y equipped with a white interior. More importantly, Giga Berlin has supposedly built a Model Y with a structural 4680 pack using parts that were imported from Gigafactory Texas.

Amidst these updates to Giga Berlin’s Model Y line, Tesla also appears to be testing the improvements to the facility’s paint shop. Giga Berlin is reportedly painting test vehicles in Mercury Silver Metallic and Deep Crimson Multi-coat, the latter of which was spotted in the recent drone flyover.

This is not the first time that Tesla’s Deep Crimson paint has been spotted in the wild. Back in June 2021, drone flyovers of the Fremont Factory revealed a Model S body painted in the yet-to-be-released paint option. Deep Crimson paint is particularly interesting, as CEO Elon Musk has mentioned in the past that it is his personal favorite color.

Musk has stated that Giga Berlin will have a paint shop that’s a cut above the industry. With this in mind, Giga Berlin is expected to offer color options that are unavailable from Tesla’s other factories. The first three of these colors have been leaked somewhat in Tesla’s mobile app version 4.2.1 including references to vehicles that are painted with Mercury Silver Metallic, Abyss Blue Multi-coat, and Deep Crimson paint.

Watch the recent flyover of the Giga Berlin complex in the video below.