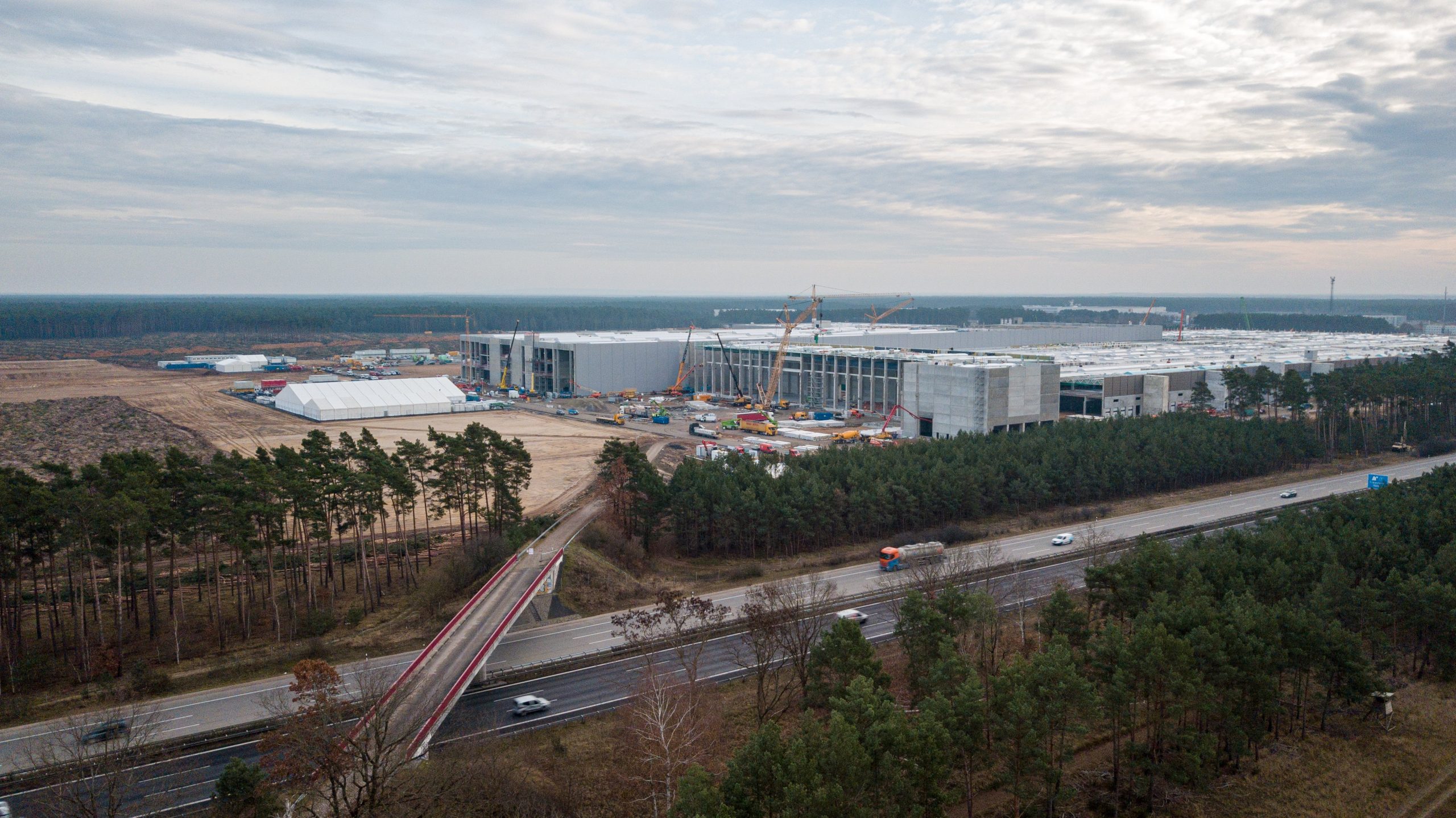 Tesla’s construction of its Gigafactory Berlin facility has been halted once more, this time reportedly over a security deposit that the electric car maker was reportedly unable to provide on time. The security deposit, which is worth €100 million ($120 million), is allotted for the potential demolition of the Giga Berlin site if the facility’s final permits end up being rejected.

As noted in a recent report from local news agency Zeit, a decision from the State Office for the Environment has demanded that Tesla provide Giga Berlin’s security deposit by December 17. As the electric car maker was reportedly unable to meet this deadline, work on the Gigafactory complex, such as the installation of painting machines in the paint shop, would be halted for the time being.

Tesla has been building Gigafactory Berlin at a lightning-quick pace, in no small part due to the facility’s use of prefabricated concrete materials. However, a final building permit is yet to be secured by the electric car maker. Tesla has so far been utilizing partial approvals to build several key sections of the upcoming facility, and for the most part, it has worked. The Gigafactory Berlin complex has grown significantly over the past year.

Without a final approval, the possibility of Giga Berlin being ultimately rejected still exists. If this were to happen, Tesla or another company must demolish the structures that have already been built on the site. The $120 million security deposit serves as funding for this scenario.

Tesla has been granted an extension to file its security deposit for Gigafactory Berlin. The new deadline is set for January 4, 2021. Tesla has not issued a comment about the recent halt so far.

Gigafactory Berlin has seen some roadblocks in recent weeks. Just recently, Tesla had been ordered to stop its tree-clearing activities in a section of the Gigafactory site over environmental concerns. Despite this, expectations are still high that Model Y production could begin sometime in 2021 at the Germany-based factory.