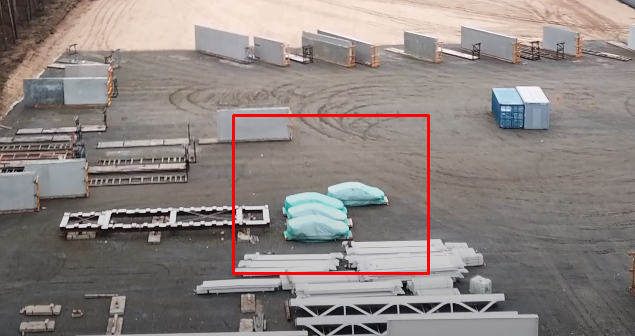 Tesla Model Y bodies were seemingly spotted at the Gigafactory Berlin complex recently by multiple drone operators in the area. The Model Y bodies were hidden from view under mint green covers, but eagle-eyed Tesla supporters spotted and identified the vehicles just the same.

While the mint-green covers prevented everyone from getting a full view of the Model Y bodies, they were easily identified by the curvature of the sheets wrapped around them. The covers hugged the crossover’s hefty frame closely, revealing the slope of the roof structure at the back.

“Definitely all Model Y: notice the crossbeam on the roof, right where the rear hatch starts. The Model 3 has a different roof structure (extremely large rear window, fairly small sunroof). These cars have much larger sunroof cut outs,” noted Tesla enthusiast Reductionist on Twitter after analyzing the pictures of the Model Y bodies seen in Giga Berlin.

According to drone operator Tobias Lindh, Gigafactory Berlin’s machines are not in place yet for production so the Model Y bodies most likely came from the Fremont Factory. Lindh suggested that the Model Y bodies could be used for testing.

Check out Tesla Kid’s recent flyover at Giga Berlin below!