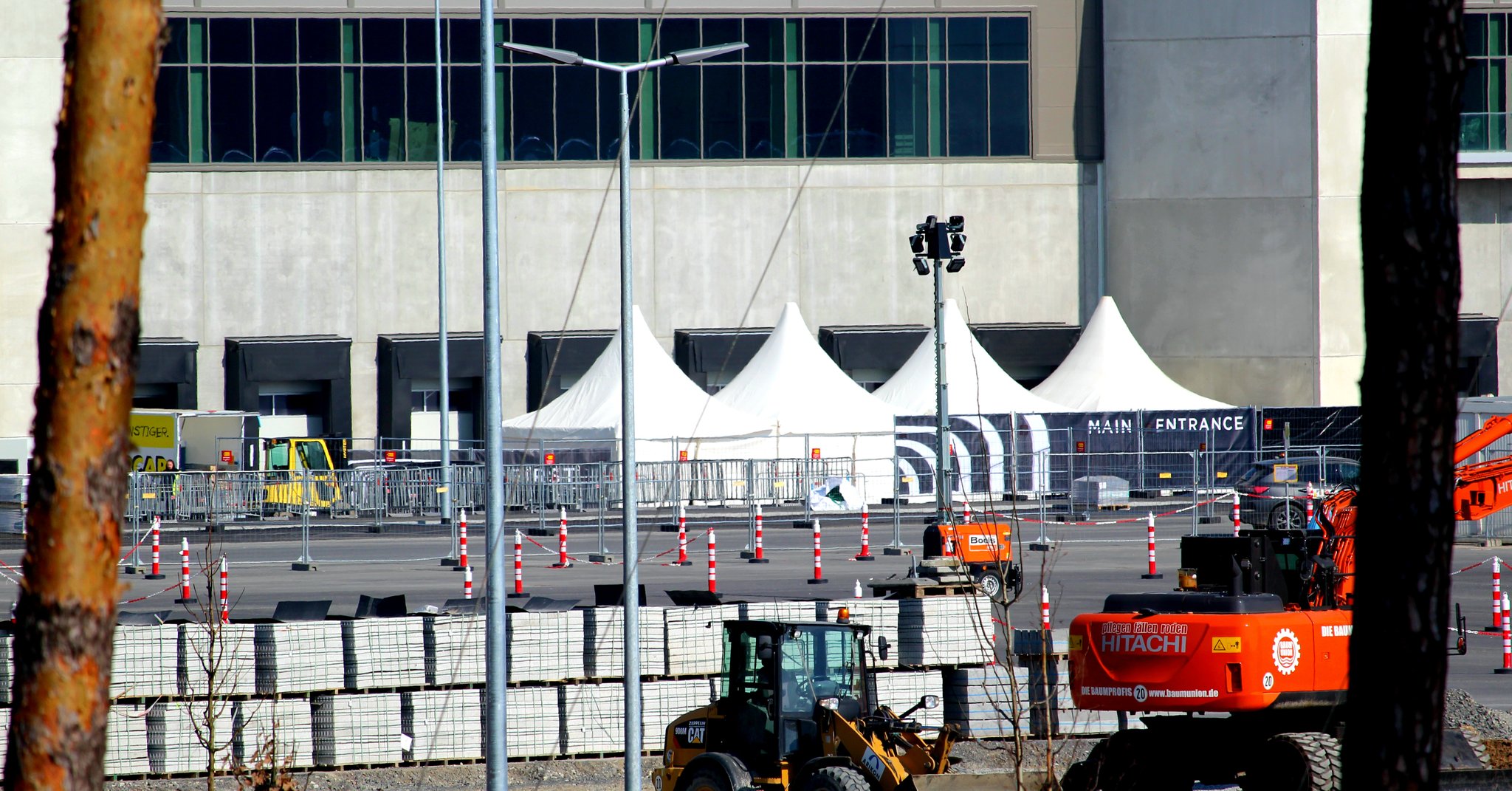 It’s the eve of Tesla Gigafactory Berlin’s first Model Y delivery event, and preparations are well underway in the company’s expansive Grunheide site. As images of recent activities at the Giga Berlin complex are shared online, reports have also emerged suggesting that CEO Elon Musk may be flying to Berlin from Austin, Texas.

As per images shared by Tesla watcher @Gf4Tesla, who has been following the progress of Giga Berlin’s construction since its early days, the setup for the facility’s grand opening ceremony is well underway. As of this past Sunday, the surrounding areas of Giga Berlin seemed to be all cleaned up. Several tents and a guest entrance area have also been built.

The celebration for Giga Berlin’s first Model Y deliveries is expected to be a pretty fun event, though existing health restrictions in the area suggest that the ceremony may not be as large as those held by the company for vehicles like the Model S Plaid, which was launched last year in California, or the Made-in-China Model 3, which started its customer deliveries in late 2019 in Shanghai. Nevertheless, schedules that were shared with attendees of the event hinted that Giga Berlin’s upcoming occasion would still be enjoyable.

Attendees of Giga Berlin’s first Model Y deliveries could arrive as early as 9 a.m. local time, though registrations would start around 10 a.m. Factory tours of the Giga Berlin complex, which should give attendees the unique opportunity to see exactly how the Made-in-Germany Model Y is built, would start around 11 a.m. Salutations are scheduled for 1 p.m. local time, and actual Model Y handovers would be held around 1:30 p.m. Following the handovers and some group photos, celebrations would be held in the area from 3 p.m. all the way to 9 p.m.

While Giga Berlin is all in on its preparations for its first Model Y delivery event, reports have also emerged that Elon Musk may be on his way to Tesla’s Germany-based factory. As per a report from Reuters, trackers which follow the movements of Musk’s private aircraft have indicated that the CEO’s jet is currently en route to Berlin from Austin, TX. Tesla has been pretty silent about whether Musk would be at Giga Berlin’s Model Y delivery event, but the current destination of the executive’s jet is quite encouraging.

Gigafactory Berlin’s opening has been a long time coming. After numerous delays that saw Tesla deal with red tape, self-imposed delays, and strong opposition from local groups, the facility was finally granted its final environmental permit earlier this month. This effectively brought an end to Giga Berlin’s limbo, and it sets up the facility as one that could significantly help the company raise its vehicle output this year.