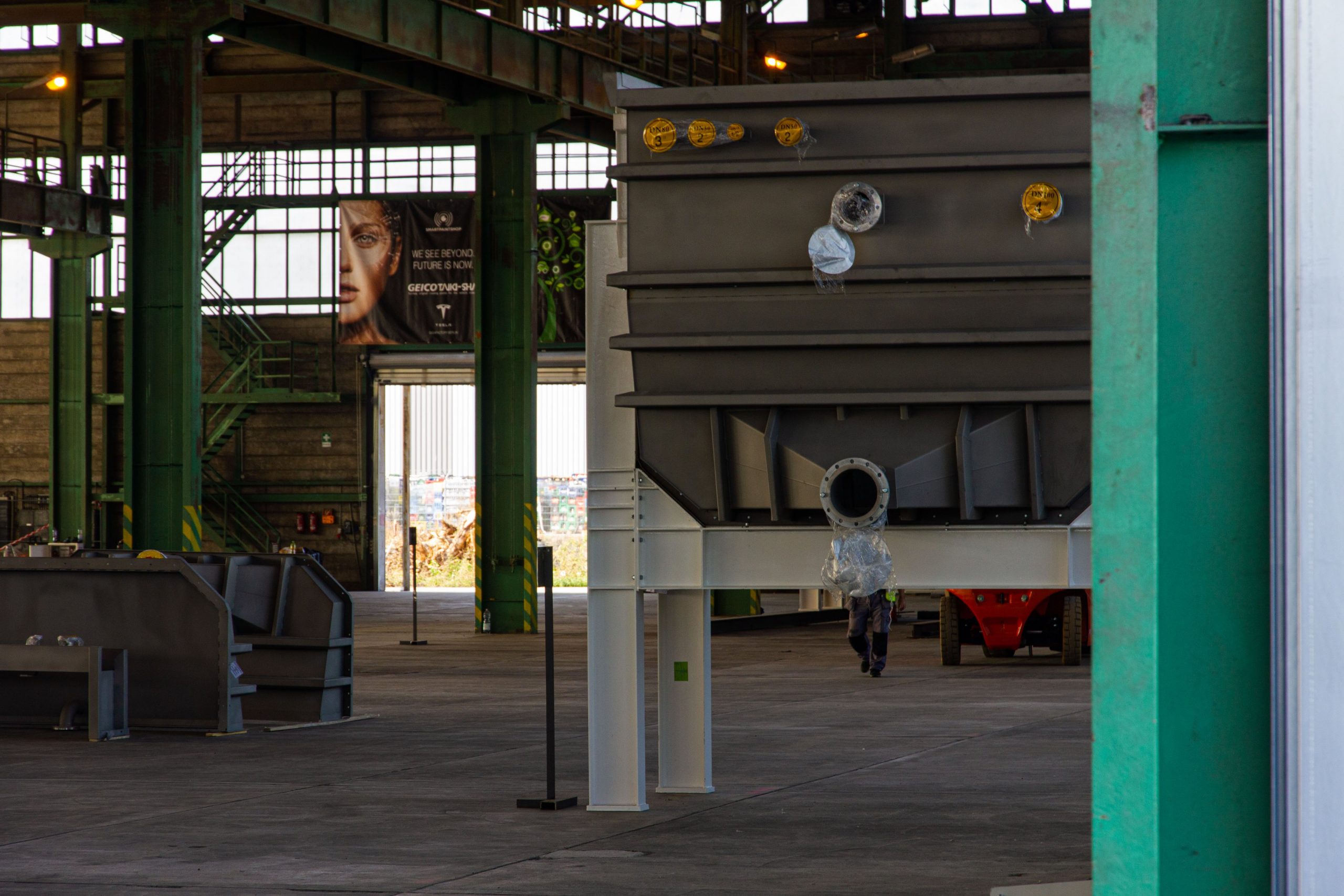 Tesla has partnered with Geico Taikisha for Giga Berlin’s paint shop, and the first machines have arrived on site. Tesla plans to improve its paint quality at Giga Berlin dramatically, and the electric carmaker has recruited Geico Taikisha’s automated machines to help solve the lengthy issues that the company has had with its automotive coatings.

@gigafactory_4 spotted several large machines with Geico Taikisha labels on Twitter. The devices, which are fully automated for efficiency and quality reasons, will aim to revolutionize the way Tesla paints its vehicles at the European production plant.

The partnership was also confirmed by several advertisements that sit outside of the buildings where the paint machines are being stored. The banners dawn both Geico Taikisha and Tesla logos, indicating the two companies are working together for the automaker’s attempt to revamp its paint projects.

Looks like the first machines for #GigaBerlin already arrived! Never heard about Geico Taiki-Sha.
Seems to be an innovative italian coating company.https://t.co/MqpFwWkFMF

Tesla will likely use the company’s “Smart Paintshop,” based on the fact that the banner displays the logo for that solution.

The Smart Paintshop uses a series of computer-generated designs, along with 4D modeling, to create a high-quality paint application while reducing energy usage.

According to Geico Taikisha’s website, its paintshop solutions are fully customizable and are turnkey systems. The customization gives the client full range control over how the system will operate, and Tesla’s automation goals indicate that the paint shop will be operated by machinery with little human interaction.

Additionally, Geico Taikisha’s innovation-focused approach allows the company to increase the technological possibilities that its clients request continually. The customizable systems that give a broad range of options “in order to meet the needs of the most demanding customers in a highly competitive sector,” the company’s website states.

Geico Taikisha’s goals also line up with Tesla’s in terms of sustainability and energy efficiency. The company’s paintshop systems use 70% less energy consumption than competitors and are 30% powered by renewable resources.

The partnership will allow Tesla to increase the quality of its paintshop while also increasing automation.

The electric automaker has stressed that its main focus is to increase production and manufacturing efficiency through innovation. Still, another main focus was to improve the quality of its paint shop.

Elon Musk stated that Giga Berlin would have a world-class paint facility, offering new colors that would change with the curvature of the vehicles produced at the facility.

The partnership could lead to these developments, eventually becoming a reality. It is already known that Giga Berlin will offer a new Deep Crimson color, but the improvements to the paintshop have been relatively undisclosed until now.