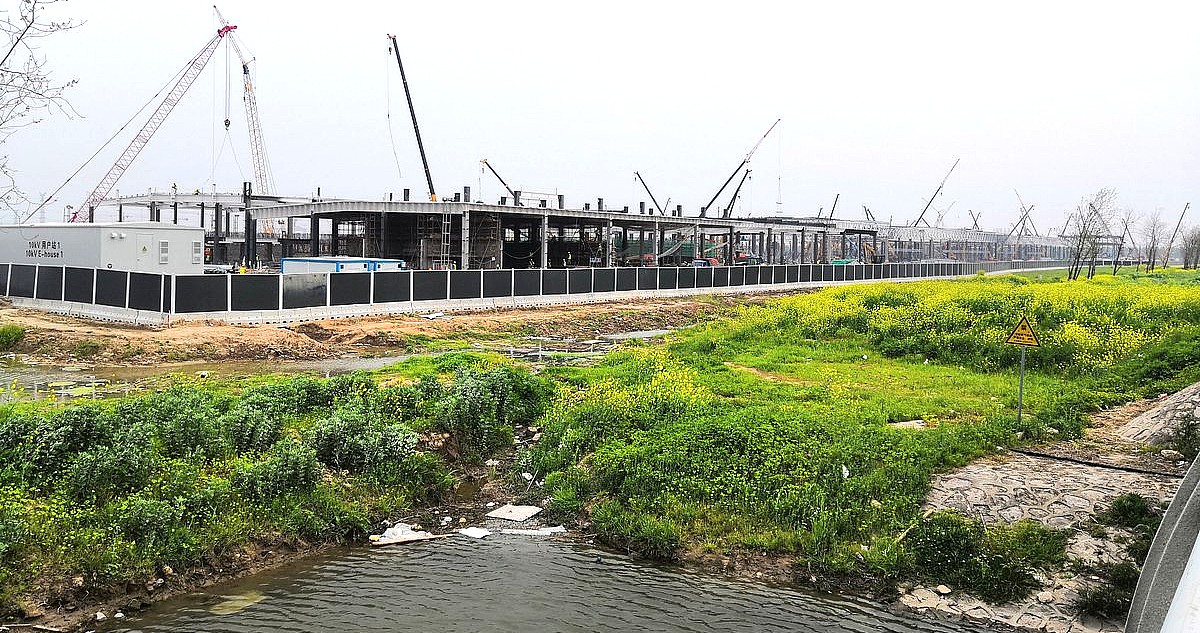 A recent flyover of Gigafactory 3 has revealed that the upcoming electric car factory continues to follow an incredibly rapid buildout, with the first phase of the project seemingly entering the roof paving stage.

The flyover of the Gigafactory 3 site was conducted once more by China-based Wuwa Vision (烏瓦), a drone operator who has been following the progress of the construction since last October. Between the drone operator’s previous trip on the site back on April 5 and this recent flyover, significant progress appears to have made in the site’s Phase 1 section, which is expected to correspond to the construction of a general assembly building.

Compared to previous videos taken of the site, more roof trusses are now in place, and some workers are now paving some areas of the general assembly building’s steel roof structure. More steel foundations appear to have been laid as well, and the framework of what seems to be a multi-story section is currently being built.

Similar to previous flyovers, the 864,885-square meter site continues to be abuzz with activity, with dozens of heavy machinery working continuously alongside a workforce that works on the project 24/7. The site’s round-the-clock operating schedule was mentioned in a previous video by a worker employed in the project, who confirmed that activities in Gigafactory 3 does not stop.

What is particularly remarkable is that the construction of Gigafactory 3 has only started a couple of months ago. Elon Musk visited China in early January for the facility’s groundbreaking ceremony, and in the span of just three months, the Gigafactory 3 site has been transformed from a large muddy field into an area where a massive general assembly building is taking shape. This pace serves the project well, considering that Shanghai official Chen Mingbo has given the project a May 2019 target date for completion.

Tesla Automotive President Jerome Guillen and Shanghai Deputy Mayor Wu Qing recently held a meeting about the progress of the facility’s buildout, where they discussed, among other things, the initial setup of vehicle production equipment starting this May, according to reports from local news media who covered the event. Based on this timeframe, it appears that Tesla is aiming to start preparing the site for vehicle production while construction in other areas of the 864,885-square meter lot are still ongoing.

Watch the recent Gigafactory 3 flyover in the video below.