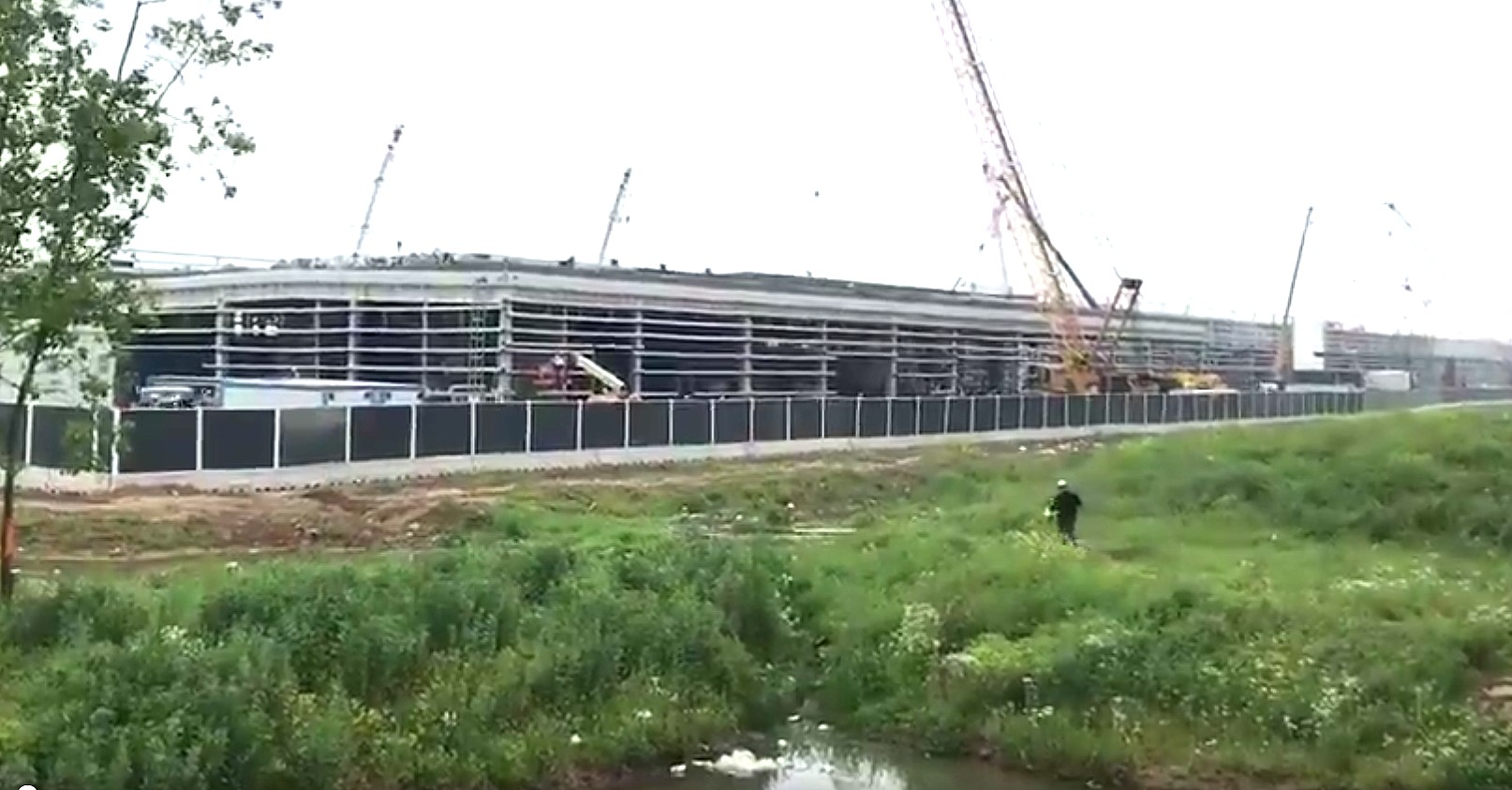 Tesla’s Gigafactory 3 is getting built at an unprecedented pace. From being a bare plot of land in January, Tesla and its construction partner have transformed the Gigafactory 3 site in Shanghai into an industrial area with a massive electric car factory taking shape. The progress of the project has been fast; too fast, in fact, according to an industry expert from China.

Local news agency The Global Times paid a visit to Gigafactory 3 on Sunday, where the publication was able to get some information about the project from one of the workers in the facility. According to the Gigafactory 3 worker, who opted to remain anonymous, the facility is on track to start building electric cars as early as September, notably ahead of Tesla CEO Elon Musk’s estimate.

Musk mentioned during Gigafactory 3’s groundbreaking ceremony that he expects the facility to start producing Model 3s by the end of the year, a timeline that was met with skepticism and mockery from Tesla’s critics. As it turned out, such a target was not only feasible, since China’s workforce, who are working on the site 24/7, is actually capable of beating Musk’s estimates. So quick is Gigafactory 3’s construction that the facility might end up breaking the record in China for fastest factory buildout to date (the record is currently at 17 months).

In a statement to the Times, Feng Shiming, executive director of Menutor Consulting Shanghai, noted that the pace of Gigafactory 3’s buildout is simply too fast, which could cause problems for the company. Feng believes that Tesla will not really start ramping its operations until next year when the suppliers for its locally-produced vehicles are entirely ironed out, though he ultimately notes that a trial production run in September could be feasible.

“The factory’s construction pace is too fast, which is set to leave some problems such as insufficient equipment testing and staff training. The target might be realized at the start of next year, and two or three months after that, its Model 3 can be put into the market on a large scale. Tesla is prepared for not realizing mass production within this year. Trial production in September is likely,” he said.

The current Gigafactory 3 buildout only represents one-third of what the electric car maker plans to construct on the site. The existing buildout has two structures under construction. One is a building that’s about three stories tall with a cement roof, which is already seeing parts of its walls being installed. Another structure is an expansive building that extends over almost half of the overall length of the construction site. This will be Tesla’s general assembly building for the Model 3 and Model Y, according to the construction worker who spoke to the Times during the publication’s visit.

China is the world’s largest electric car market, and Gigafactory 3 is Tesla’s key to competing on even ground against more affordable vehicles from local manufacturers in the country. Affordability appears to be Tesla’s primary strategy for Gigafactory 3, as Elon Musk has previously announced that the Shanghai-based site will be exclusively producing affordable variants of the Model 3 and Model Y, both of which are already Tesla’s most budget-friendly vehicles to date.