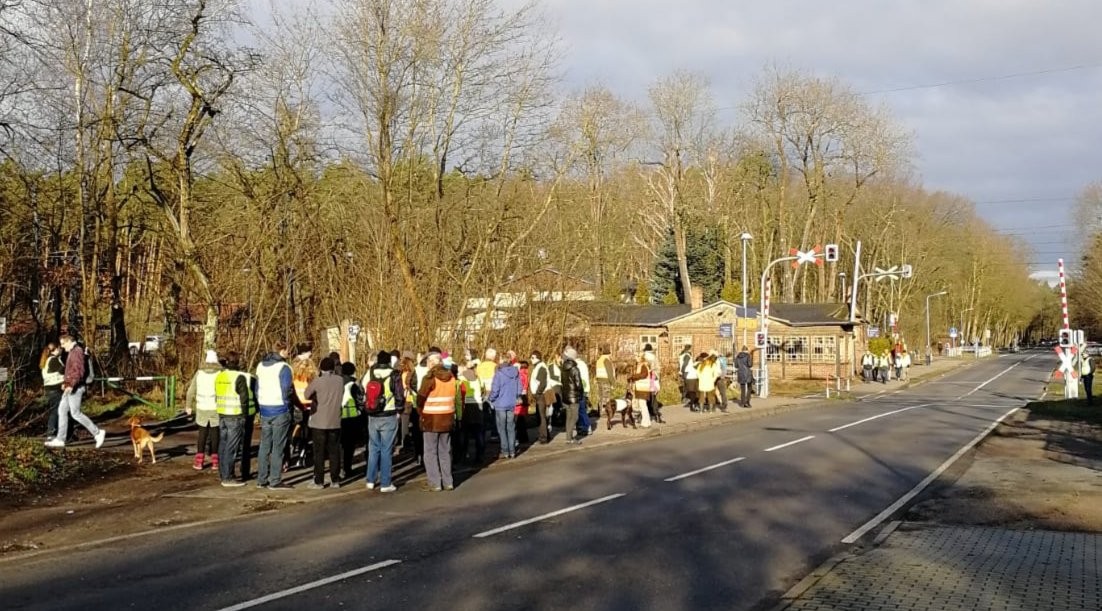 A spokesperson from the Nature and Biodiversity Conservation Union (NABU) of Brandenburg has responded to concerns that arose from protests on January 12 at the future site of Tesla Gigafactory 4.

The “Forest Walk” was comprised of around 50 citizens of Grünheide who opposed Tesla’s presence in the German town. Those who attended the protest felt they were not given enough recognition in the decision to allow Tesla to build a production plant in a local forest, a decision they feel could have negative environmental implications.

@GF4Tesla on Twitter was able to reach members of NABU to ask what they felt about the protests. Spokesperson Friedhelm Schmitz-Jersch says that he feels it is important for local citizens to be recognized and involved in the project.

Schmitz-Jersch also stated his organization has been involved in the planning of Gigafactory 4 since its announcement in November 2019. They are currently examining documents including Tesla’s Environmental Impact Report that was released earlier this month. This document clarified Tesla’s plans to protect the wildlife that calls the 300-hectare property “home.”

Met the ' State Board of NABU Brandenburg ' (Nature Conservation Association)
" to involve the citizens in the project is very important "
"No groundwater is taken from the factory site "
NABU is examining the documents and was already involved in the procedure in Nov. 2019. pic.twitter.com/g5bHpt0HR2

Tesla has stated that they will have the initial process of removing trees from the site finished by February 27 to comply with the bird breeding season that begins on March 1.

One of the issues the protesters were most vocal about had to do with groundwater at the site and local drinking water. To alleviate difficulties that arise from trying to build a structure on wet ground, Tesla believes this issue could be relieved with the addition of an underground water pump. However, the protestors claim this may dry the area up too much and could make it prone to wildfires in the dryer seasons of the year.

Grünheide residents and Tesla alike have already experienced multiple issues with the amount of drinking water in the area. Before Tesla chose the area as its preferred location for Gigafactory 4, residents of the town were already experiencing a drought of clean drinking water. They claim that Tesla’s presence in the area could make this issue worse. “If a huge consumer is now added by Tesla, it will be even more difficult,” protestor Steffen Schorcht stated.

Tesla has already taken multiple steps to secure drinking water for each of its three construction phases. The company has recognized that they will need to obtain clean water from an outside source as production ramps up to the eventual goal of 500,000 cars a year. The amount of water currently in Grünheide is simply not enough to supply its employees with an appropriate amount of clean water for drinking.

Tesla plans to have the factory up and running by July 2021. While this small group of citizens has voiced their discontent with the factory, German politicians have recognized the positives that Tesla will bring to the country’s economy. German Minister of Economics Peter Altmaier has stated that if Tesla were to not be present in Germany, it could be a detrimental decision that would negatively affect all of Germany.