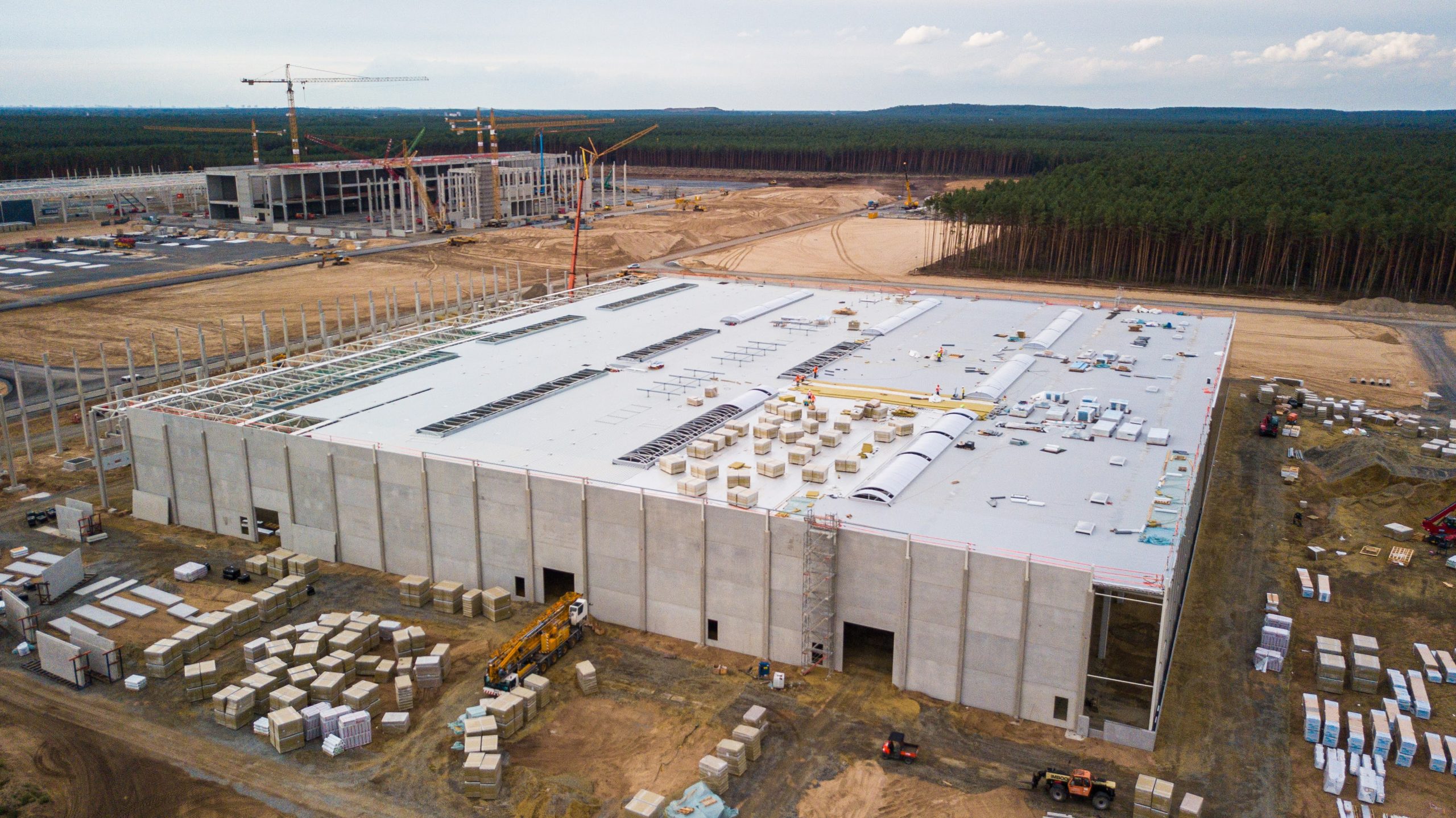 When Elon Musk initially remarked that Gigafactory Berlin will be constructed in the same pace or even faster than Gigafactory Shanghai, many were skeptical, and some critics even took it upon themselves to mock the CEO’s aggressive timeframe for the facility. As work started in the massive plot of land, and as buildings started getting constructed in record time, the mocking as generally stopped. Needless to say, no one is laughing anymore.

The rapid buildout of Gigafactory Berlin has been documented closely by a group of Tesla enthusiasts who have taken it upon themselves to monitor and share the developments in the upcoming vehicle production facility through photographs and videos. And as revealed recent videos and photos, it appears that the roofing for Tesla’s drive unit facility in the Giga Berlin Phase 1 area is nearing completion.

The construction of the drive unit facility in Giga Berlin was among the most notable developments in the massive site. After its pile-driving stage, prefabricated pillars and walls were promptly installed in the facility, and it did not take long before work on the roof started. Other facilities in the Phase 1 zone, such as the Body-in-White building, started taking shape soon as well.

Over the past weekend alone, several developments were observed on Giga Berlin. Apart from the drive unit building’s nearly completed roofing, the great hall of the paint shop has also shown a lot of growth. Pillars in what is believed to be the press area have also been set up, waiting for their prefabricated pillars to be installed. As cherry on top,  all the roads in the Giga Berlin complex have now been overlaid with asphalt, allowing trucks and other heavy machinery to operate in the site easier.

Interestingly enough, Tesla CEO Elon Musk has extended his open support to community members and enthusiasts who have taken it upon themselves to document the rise of Gigafactory Berlin. When one of the drone operators taking videos of the area were confronted by the area’s security, for example, the Tesla CEO took to Twitter to state that he is personally fine with footage being taken of the site. “I’m fine with reasonable drone footage. Just needs to be at a fair distance & not coming right up to people. I think our security was a little overzealous in this case,” Musk wrote.

Gigafactory Berlin is expected to start the production of the Model Y sometime next year. Granted, such a target is incredibly ambitious, but there is no denying that the Phase 1 zone of the upcoming facility has been insanely quick in its construction. With such a pace, it appears that Musk’s targets may very well be feasible after all. The Model Y’s local production in Germany should come in time as well, seeing as other call-electric crossovers from veteran carmakers like Volkswagen are also slated to be released soon.

Watch a recent video of Gigafactory Berlin in the video below.