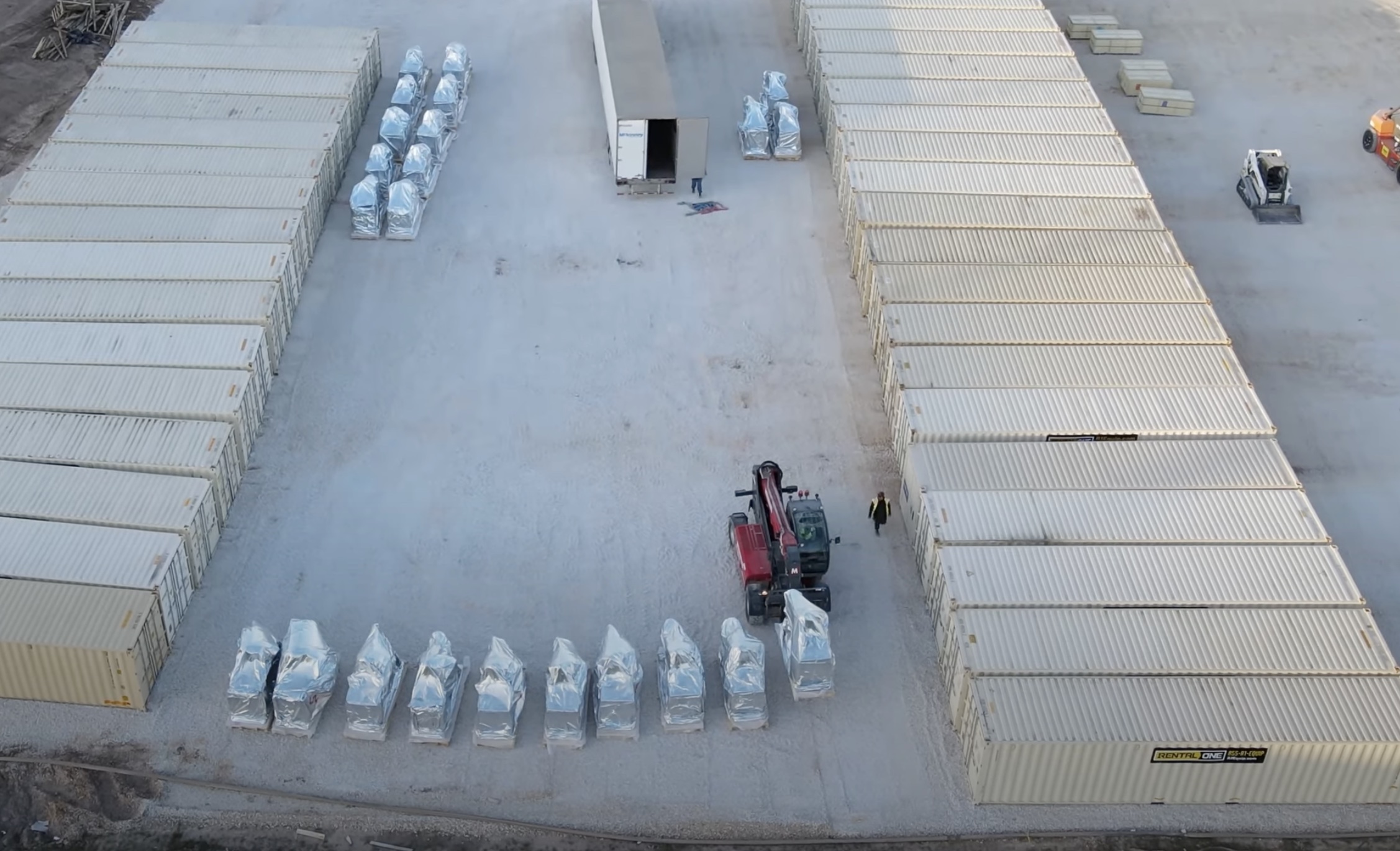 A recent drone flyover of the Tesla Gigafactory Texas site revealed what appears to be a shipment of robots being offloaded near the complex’s main construction area. The installation of the upcoming electric vehicle production facility’s first Giga Press also appears to have made some headway.

The pace of Giga Texas’ development has been impressive as of date, with the facility’s structures rising in a few months. Flyovers from the previous weeks revealed that one of the facility’s Giga Press machines was already being set up even though the building where the machine will be placed was still being incomplete.

Tesla appears to be adopting this rapid approach to Giga Texas’ other production equipment. Drone operator Randy from the Terafactory Texas YouTube channel recently observed some interesting activity near the factory’s main construction area. At the location, machines that look noticeably similar to the robots Tesla uses in the Fremont Factory were getting offloaded from several shipping containers.

The contraptions being offloaded were fully covered with what seemed to be vapor barrier packaging, but their pallet size, dimensions, and overall shape suggest that they may indeed be robots. Tesla utilizes a highly-automated vehicle production system, using equipment from robotics companies like KUKA, ABB, and FANUC, as revealed in photos from the Fremont Factory and Giga Shanghai.

Also noteworthy in this recent flyover was the area where the first Giga Press was being set up. Previous images of the area showed a considerable number of equipment and parts immediately surrounding the massive machine, and most of these were already gone by the time of the recent flyover. This suggested that the installation of the first Giga Press may already be nearing completion, allowing the company to build the next machines for the facility.

The presence of the first batch of robots in Gigafactory Texas bodes well for the electric car maker’s vehicle production ramp this year. Considering that the facility is already setting up equipment while general construction is still ongoing, there seems to be a good chance that vehicles like the Made-in-Texas Model Y and the Cybertruck may indeed enter production this year.

Watch the recent drone flyover of the Giga Texas complex in the video below.