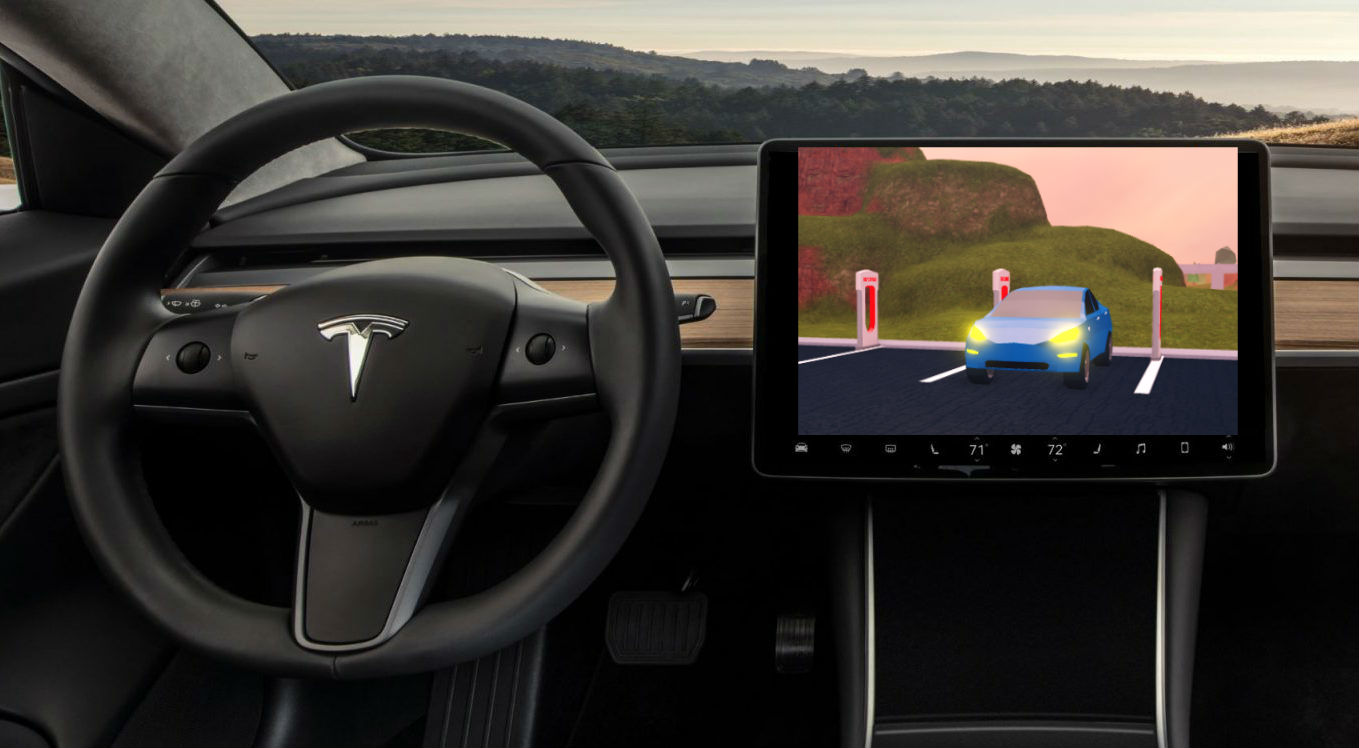 A series of updates from Elon Musk this past weekend hinted at what could very well be a serious initiative to push Tesla’s in-car gaming capabilities. Through a series of tweets, Musk announced that Tesla is porting Unity and Unreal Engine for the company’s vehicles, and popular sandbox titles such as Minecraft and Roblox might be coming too. If the electric car maker pulls this off, it will make Tesla’s vehicles as the largest, arguably coolest gaming rigs on the planet.

Musk’s gaming announcements began as a response to a Tesla owner who expressed his thanks for TeslAtari’s Asteroids, which is now capable of being controlled using a gaming controller. Musk noted that more games are coming to Tesla’s electric cars once the company is finished porting Unity. In a later tweet, Musk stated that Tesla was also porting Unreal Engine, which could open a portal to an even larger library of premium games.

In following tweets, Musk mentioned that popular sandbox-type titles such as Minecraft and Roblox would be great for Tesla’s in-car gaming systems as well. Minecraft has not issued a response to Musk’s invitation as of yet, though Roblox‘s official Twitter account has already responded positively to the CEO’s invitation.

The quick response from the Roblox team was unsurprising, considering that some of the prolific creators on its platform are avid fans of Tesla. One of Roblox’s most popular games, Jailbreak, for example, features the Tesla Model 3, and the game’s developers even took the time to make the vehicle’s attributes as close to the real electric car as possible. The Model 3 is among the popular cars in Jailbreak, since it’s almost as quick as a supercar, affordable, large enough to hold four players, and incredibly quiet (making it very practical for team getaways).

Tesla’s gaming features today are quite basic, with only a handful of titles available, but with the addition of Unity and Unreal Engine ports, the company could very well blaze a trail in the in-car gaming market. The idea of gaming subscription services is starting to become mainstream, as proven by the announcement of services such as Apple Arcade. Perhaps Tesla could roll out a similar service for AAA Unreal Engine and Unity titles in the future? Such an idea is not too farfetched.

Tesla’s more robust in-car gaming system is a perfect match for the company’s Full Self-Driving efforts, particularly Elon Musk’s idea for a Robotaxi service. During long trips, passengers in full self-driving vehicles will require compelling forms of entertainment. Games and video streaming services (another feature announced by Musk on Twitter) are definitely among the best ways to foster a fun and enjoyable drive.