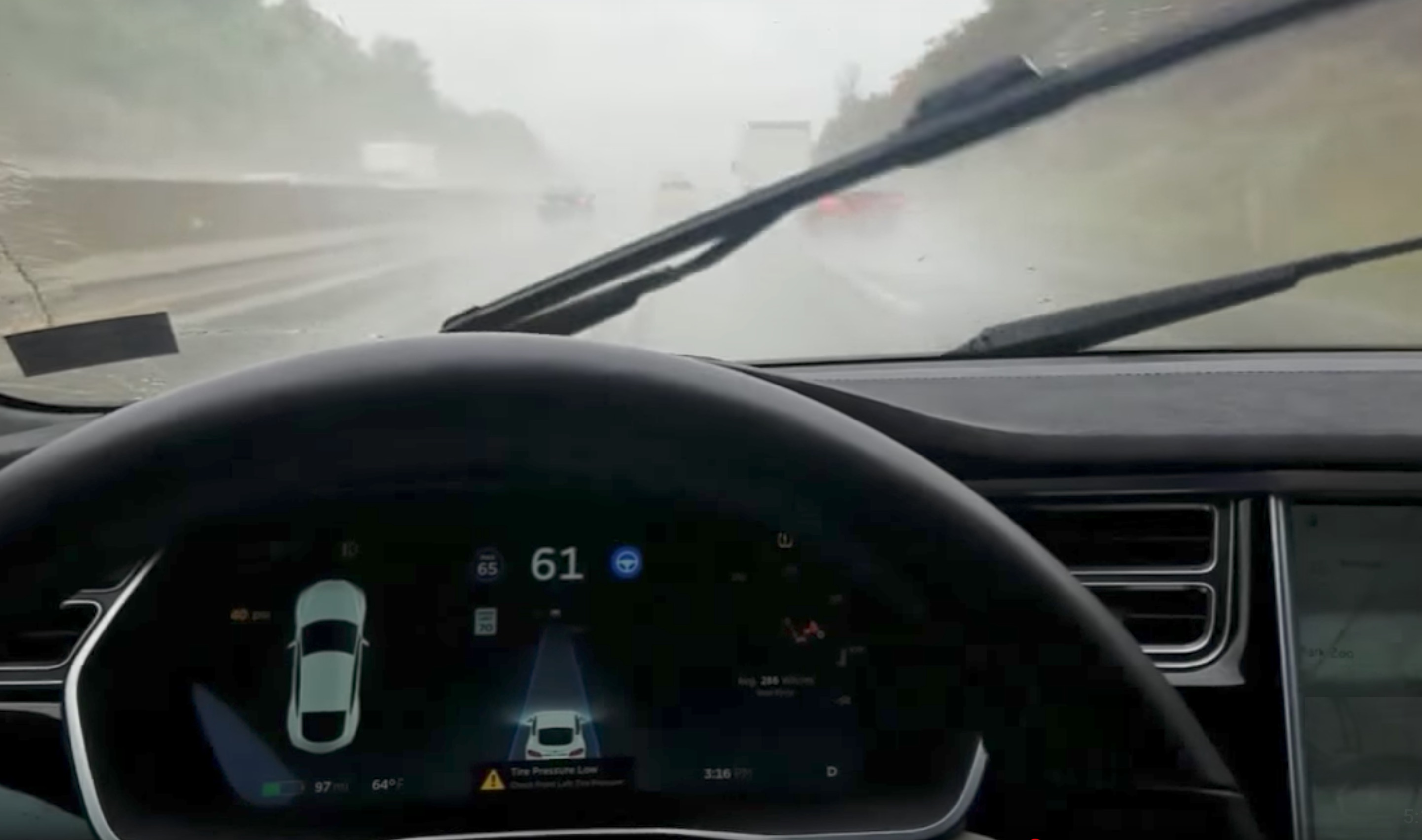 Tesla has issued a surprise over the air software update to Model S/X 60(D) owners living within Florida’s Hurricane Irma evacuation zone. Model S/X 60(D) vehicles with a 75 kWh battery pack that were previously software limited to 210 miles of driving range per single charge were automatically upgraded to 249 miles, and given temporary access to the full range capacity of the battery.

The update is seen as a gesture of good will by Tesla to help its drivers flee southern Florida as the state prepares for the most powerful Atlantic storm to hit its shores in nearly a decade.

Reports of Tesla Model S 60 owners living in the path of Hurricane Irma who received a sudden increase in battery range first surfaced on Reddit. “I’m in South Florida and I own a MS60. I just checked my app and look what it says. I’ve never been higher that 215 miles. Did Tesla do this for evacuations?” asked Redditor Ludachris9000.

Similar reports soon followed across the Tesla Motors Club, with one Tesla owner confirming that the battery range upgrade was issued to all Tesla owners with an upgradeable 60 kWh battery, and living in Hurricane Irma’s evacuation zone in Florida, to 75 kWh. The update adds another 40 miles of driving range.

“I verified it was released to any 60s in the evacuation zones. I was told it will be removed on September 16.” said CMPSL.

Teslarati reached out to Tesla for confirmation after hearing wide reports of similar stories being reported by owners. A Tesla spokesperson confirms that an over-the-air software update was in fact issued to increase driving range for owners that may be impacted by Hurricane Irma.

As nearly 5.6 million people or more than one quarter of the state’s population has been asked to evacuate ahead of Hurricane Irma making landfall, long lines at gas stations have put more stress on fuel supply than previous storms of the past, leaving many stations empty and drivers stranded. The hoarding of gasoline has prompted Governor Rick Scott to ask evacuees to take only as much gas as needed.