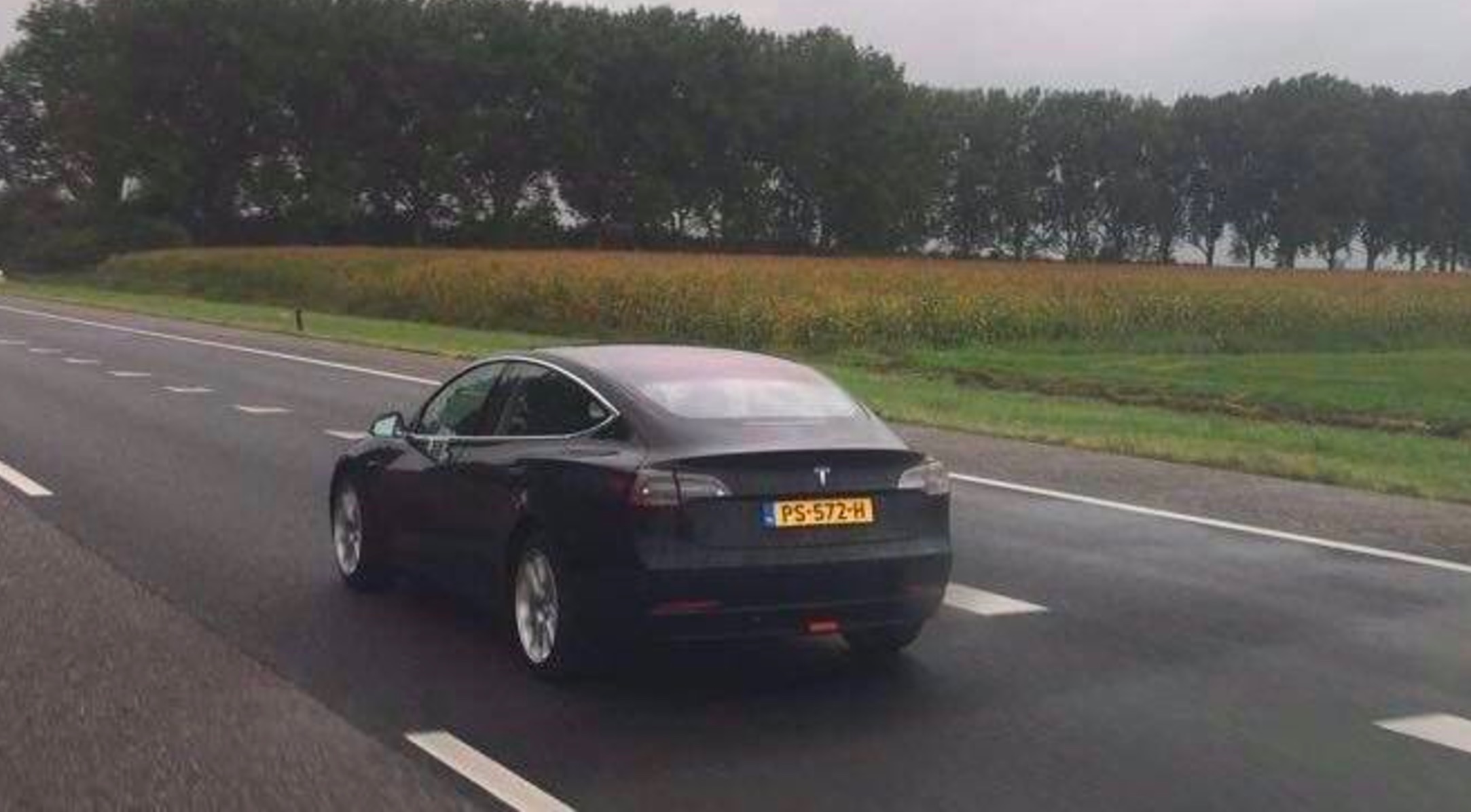 A black Model 3 was reportedly spotted near Tesla’s assembly plant in the Netherlands, making it the first Model 3 seen by the European public.

The photo comes by way of a tweet which shows a Model 3 on a rainy day near the factory in Tilburg.

@Model3Owners The first Model 3 has been spotted in The Netherlands, around the Tesla assembly plant in Tilburg pic.twitter.com/Gqp0Aqs0NB

The Tilburg factory was opened by Tesla in 2013 and is used as a staging area to assemble vehicles and distribute them throughout Europe. Tesla leveraged the facility to assemble and ship Model S and Model X to regional buyers.

As the first Model 3 spotted on the continent, its proximity to the Tilburg plant could indicate that the plant is gearing up to assemble and ship Model 3s to first reservation holders in Europe.

Robert di Gento took the photo, and later tweeted that the license plate registration was August 31. He also gathered that this Model 3 was a “fully loaded” model with a price of €86,000.

The Model 3 sighting was welcomed by many on Twitter, as reservation holders anxiously await the delivery of their Model 3.

Musk announced earlier over the summer that the company would be entering “production hell” as it ramped up production on Tesla’s flagship affordable EV. Musk and Tesla are aiming to produce 10,000 Model 3 vehicles per week in 2018, a goal that requires substantial investment and work upfront to perfect the manufacturing process.

While this is the first Model 3 sighting in Europe, it is not the first time the Model 3 has been seen abroad. A Model 3 prototype was spotted in New Zealand in June, on its way to undergo snow testing.