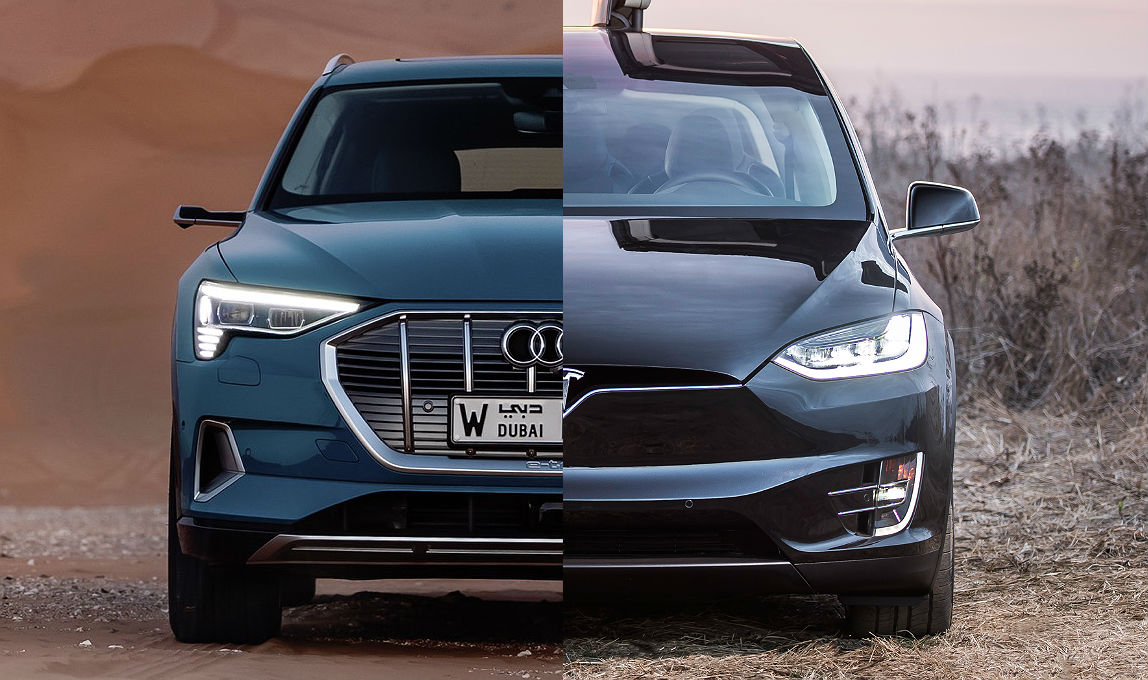 The Audi e-tron, once dubbed by avid Tesla critics as a potential “Tesla Killer,” is reportedly running into production problems due to a constrained supply of batteries and a slower-than-expected delivery of electric motors. These production problems have reportedly caused Audi to postpone the release of its upcoming all-electric car, the e-tron Sportback, to 2020, roughly a year later than its intended 2019 release date.

Sources familiar with the activities in Audi’s Brussels plant have told The Brussels Times that the German carmaker is currently being constrained by LG Chem, which supplies the e-tron’s batteries. LG Chem is the supplier of choice for a number of electric vehicles, such as the Porsche Taycan and the Jaguar I-PACE. The local publication’s sources claim that LG Chem is pushing up prices, resulting in Audi having to compete with rival automakers like BMW and Mercedes-Benz to acquire batteries for the e-tron.

This is but half of the e-tron plant’s current issues, according to the Times‘ sources. Audi is reportedly seeing delays in the deliveries of the e-tron’s electric motors as well. The SUV’s electric motors are delivered from an Audi plant in Györ, Hungary, whose workers participated in a strike earlier this year. As a result of these issues, the Brussels plant has reportedly shortened its operations to just 6 hours a day to match production to parts availability. The sources claimed that Audi will likely shift the plant to a 4-day work week in the near future.

It is unfortunate to see Audi encountering production issues with the e-tron, its first all-electric vehicle. Audi is one of the auto industry’s biggest names, having been founded in 1909. Despite its extensive experience in building cars, the company has proven to not be immune to the difficulties of electric car production, something that younger companies such as Tesla have been dealing with for years. Prior to the e-tron’s launch, the vehicle was hyped by Tesla critics as a potential “Tesla Killer,” citing, among other things, Audi’s experience in car manufacturing. As the company is learning now, it appears that building electric cars might not be as easy as Tesla skeptics would think.

Mass producing electric cars is something that Tesla continues to learn. After a gruelling “production hell” with the Model 3, Tesla has arguably become one of the most experienced electric car makers in the auto industry despite its young age. This has allowed the company to have enough foresight to secure the supply of batteries (at least to a large degree) for its electric vehicles, as represented by Gigafactory 1 in Nevada. The company has also opted for a notable degree of vertical integration, producing its vehicles from the ground up using hardware and software that were developed in-house.

The Audi e-tron is equipped with two electric motors that deliver a total power output of 300 kW, as well as a sizable 95 kWh battery that delivers and EPA rating of 204 miles of range on a full charge. The e-tron is no slouch as well, being capable of sprinting from 0-60 mph in 5.5 seconds in “Boost” mode. The all-electric SUV is expected to start deliveries in the United States next month, though it remains unsure if there will be delays due to the company’s reported issues in the Brussels plant.