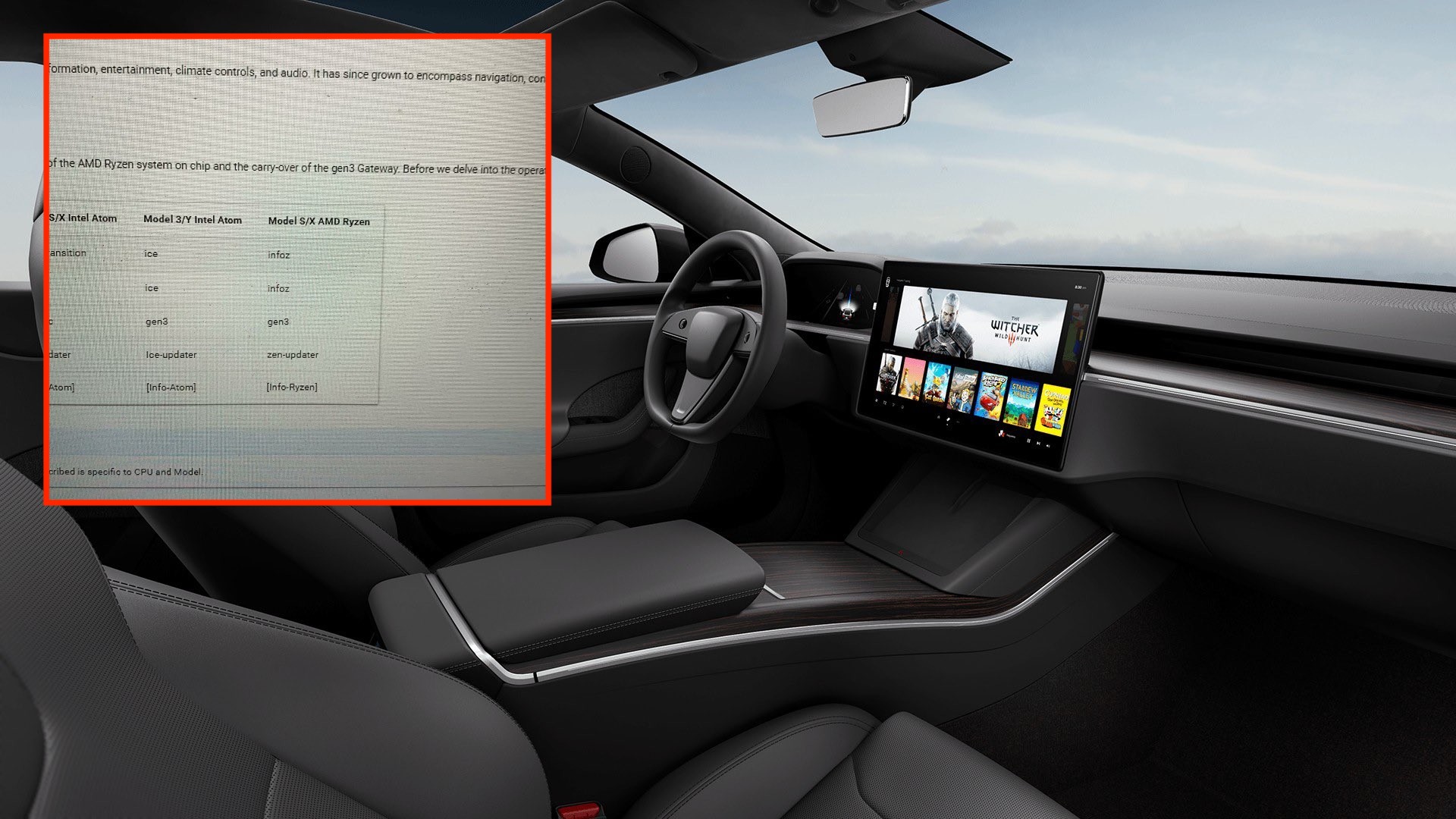 It appears that Tesla is really ensuring that its next-generation flagship cars, the Model S and Model X refresh, will feature some serious computing power. Following leaks about the vehicles’ impressive AMD Navi 23 GPU from noted tech leaker Patrick Schur, new images from the electric vehicle community now suggest that the new Model S and Model X’s infotainment system will be equipped with an equally-impressive AMD Ryzen System-on-Chip (SoC).

Paired with the AMD Navi 23 GPU, the Ryzen SoC would effectively make the flagship vehicles’ onboard computer into a beast, likely making it into one of the fastest infotainment systems on the market. General Motors, in comparison, has highlighted its use of Unreal Engine to render the graphics on the Hummer EV’s displays smoothly, but it has released little detail about the actual specs of the hulking all-electric SUV’s hardware.

With an AMD Ryzen SoC and a Navi 23 GPU, the new Model S and Model X would likely be capable enough to run demanding applications such as games. Elon Musk and Tesla have hinted at several compelling titles that are coming to the electric car maker’s in-car gaming system, including The Witcher 3 and Cyberpunk 2077. Tesla’s official pages for the Model S and Model X even point to the vehicles’ computers having 10 teraflops of processing power, which is comparable to the Xbox Series X and PlayStation 5.

Interestingly enough, the chip market is currently experiencing a shortage as consumers stocked up on personal computers and electronics due to the pandemic. The shortage has become so notable that carmakers such as Ford, GM, and Fiat Chrysler have remarked that vehicle production this year may slow down due to chip issues. The same is true with companies like Sony, which blamed the shortage as a key reason why consoles like the PlayStation 5 have been challenging to get.

Considering that the new Model S and Model X are premium cars, Tesla may be able to acquire the necessary AMD Ryzen and Navi 23 GPU chips for its flagships without running into too many issues. If the recent leaks prove accurate, and if the electric vehicle maker does manage to secure a steady supply of AMD chips for the Model S and Model X refresh, then the upcoming vehicles might truly be computers on wheels, in every sense of the word.