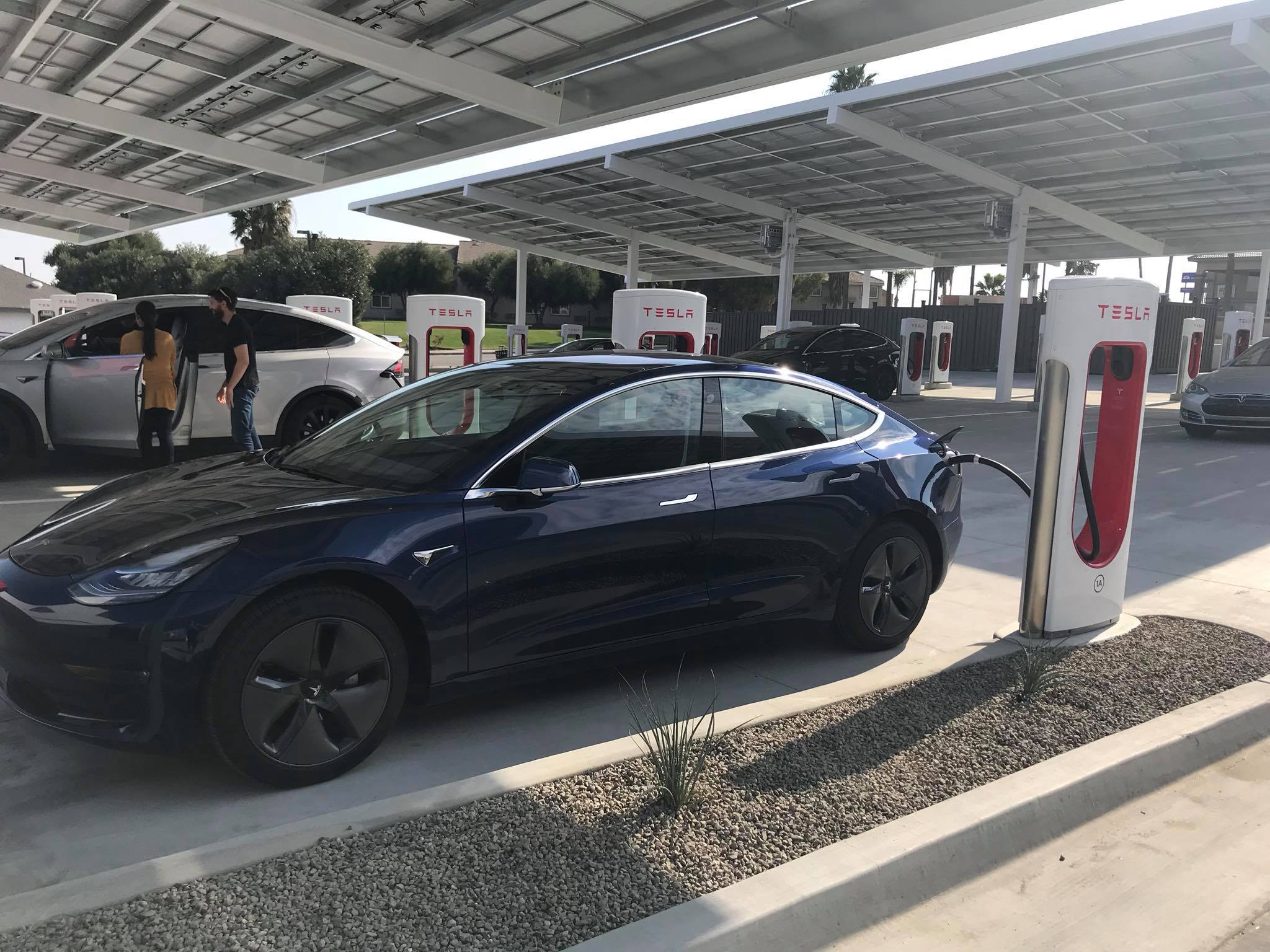 Tesla has opened its largest U.S. Superchargers with an integrated and first of-its-kind customer lounge, food services and areas designated for families. The 40-stall Supercharger station in Kettleman City and Baker, CA are strategically located at halfway points between popular travel routes, connecting Los Angeles and San Francisco and Los Angeles with Las Vegas, respectively. Each Supercharger station will include access to food and craft beverages, a kid’s play wall, pet relief area, and outdoor space for families, according a Tesla spokesperson.

In addition to the amenities aimed at providing comfort for drivers, families and their pets while charging, the new Supercharger stations will incorporate a small apparel and accessories section where people can purchase Tesla-branded items, while also learning more about the company’s line of energy products through self-guided kiosks.

The “mega” Supercharger locations follow the installation of the world’s largest Supercharger station that recently came online in Shanghai, and arrives before the busy holiday travel season. Tesla’s high-powered charging stations in Kettleman City and Baker each have a solar canopy and Tesla’s Powerpack battery storage units.

Tesla indicates that the new customer lounges will be accessible 24/7 to Tesla drivers and accessible via a building code that will be displayed on their vehicle’s touchscreen. 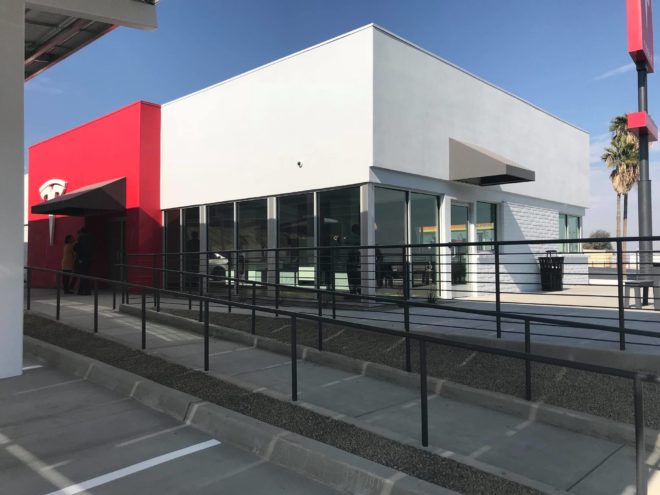 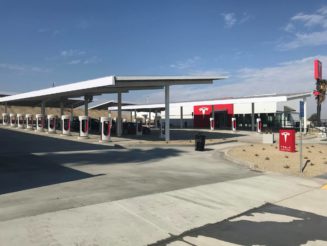 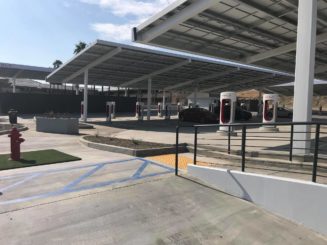 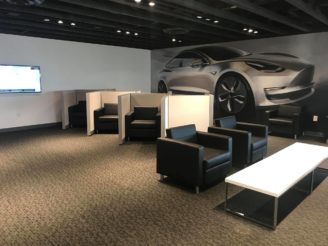 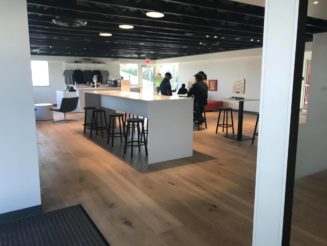 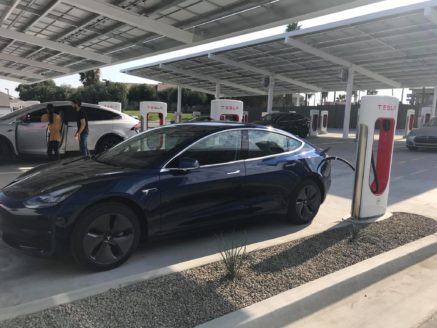 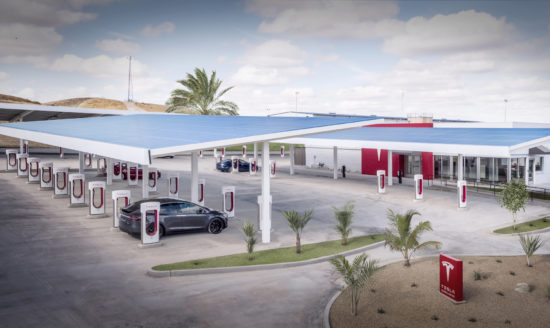 The new locations are also adorned with a large overhead sign bearing Tesla’s logo and the word “Supercharger”.

The California-based electric car maker is committed to expanding its network of charging stations in the U.S. and abroad. Tesla has committed to installing 1,000 Superchargers in China by the end of this year, as it looks to expand its footprint in the world’s largest auto market. The company also began to augment its Supercharger network that’s been traditionally aimed at long-distance travel with new urban Superchargers designed for inner city and local travel. Teslarati was able to capture a detailed first look at Tesla’s urban Supercharger at the North Columbus Drive station in Chicago.