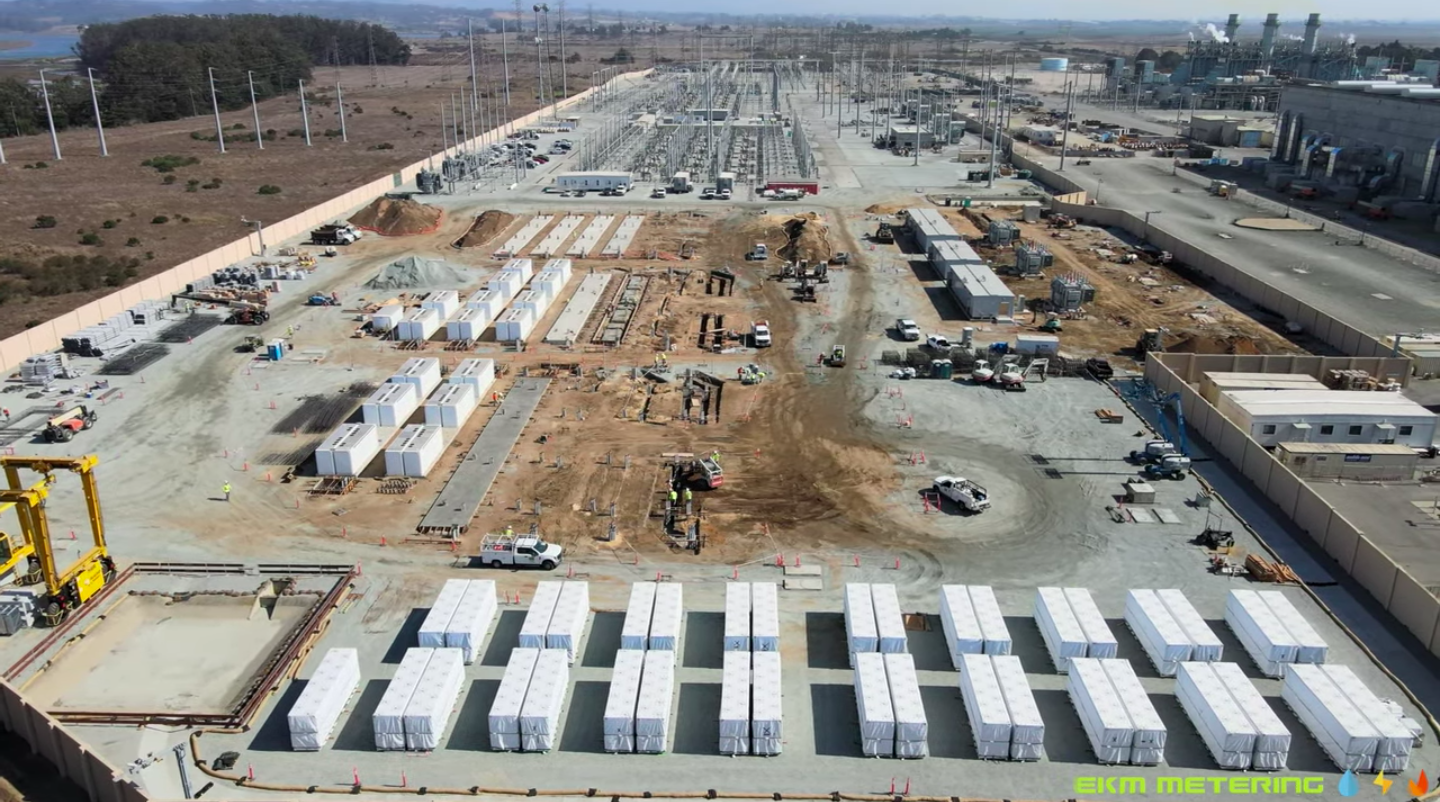 The progress of Pacific Gas & Electric (PG&E) and Tesla Energy’s massive Megapack battery at Moss Landing, California appears to be quite consistent, with a recent flyover of the site showing that dozens of the grid-scale energy storage units have already been set up in concrete slabs. More Megapack batteries also remain wrapped on one end of the Moss Landing site, indicating that more battery installations would likely take place in the near future.

The footage of the Moss Landing Tesla Megapack site was provided by EKM Metering, a firm that designs and sells electric meters, water meters, gas meters, and communication systems that provide free access to meter data. Conducted this Saturday, the flyover was able to provide a good overview of the current state of the Moss Landing Megapack site. Needless to say, the video showed an ambitious battery storage project taking shape.

When completed, the Moss Landing installation will be a 182.5MW/730MWh battery that will be comprised of a whopping 256 Megapacks, Tesla Energy’s flagship battery storage unit that’s specifically designed for grid use. In its flyover, EKM Metering mentioned that the 256 Megapacks will be set up on 33 concrete slabs that will be built on the location. About 10 of these slabs appear to have been completed on the site by the time of the flyover, and more are under construction.

The Moss Landing battery is expected to be completed sometime in early 2021, with the system being fully deployed in Q2 2021. This is a very ambitious goal considering the size of the installation itself. However, the fact that over 60 Megapacks have already been delivered to the location suggests that the progress of the massive battery has been quite substantial.

The giant Megapack farm is expected to be used to meet peak energy demands in the area. Once operational, the grid-scale batteries will store excess solar and wind energy generated when demand is low. The energy could then be used as demand picks up, especially at times when solar and wind are unavailable. The battery is also expected to provide about $100 million worth of savings to PG&E over the project’s expected 20-year lifespan.

Watch the recent footage of Tesla’s Moss Landing Megapack installation in the video below.