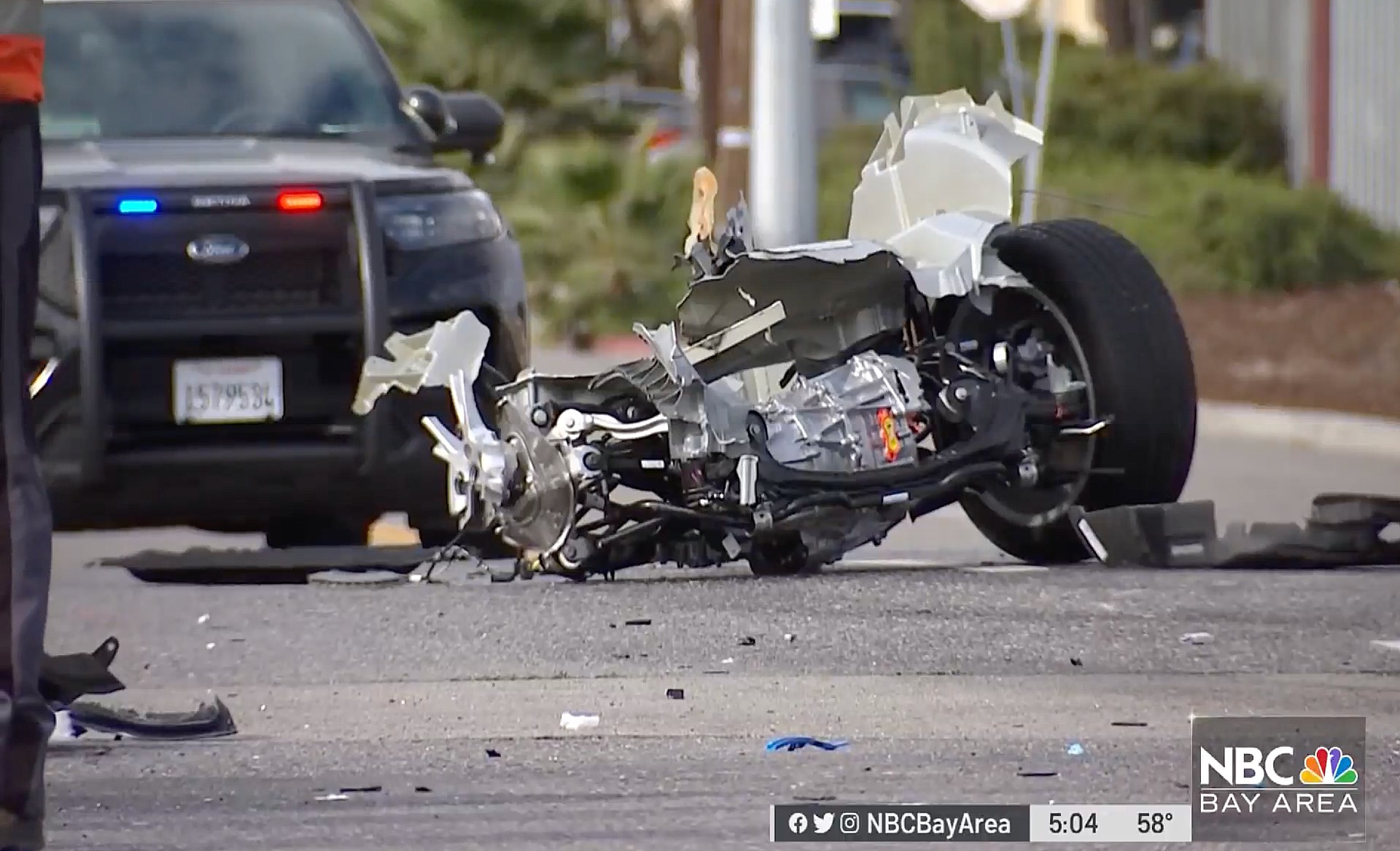 There are several things that drivers never want to be involved in. A crash with a train is definitely one of them. Fortunately for a driver in Santa Clara, she happened to be inside a Tesla, and she was able to escape the frightening ordeal with minor injuries.

The incident happened on Wednesday morning when a Capitol Corridor train smashed into what appears to be a Midnight Silver Tesla Model Y on the 600 block of Martin Avenue in Santa Clara. Videos taken of the incident’s aftermath show a crushed Tesla with its airbags deployed.

As noted in a report from NBC Bay Area, the driver of the Tesla reportedly tried to beat the train through the crossing — an incredibly dangerous move and one that could have easily claimed a life. According to witnesses interviewed by the news outlet, the Tesla driver was reportedly sitting on the tracks when the crossing arm came down on the vehicle.

The Tesla driver reportedly seemed distracted when the crossing arm hit the electric car. Witnesses were then shocked to see the driver reportedly exit the vehicle to move the arm off the Tesla. The driver then reportedly tried to beat the train but was unsuccessful. The train smashed into the all-electric vehicle, and its parts ended up being thrown in all directions.

Despite the Tesla driver’s apparent carelessness and recklessness, she was ultimately lucky. One driver, Emilio Martinez, whose vehicle was hit by a large section of the Tesla, was actually a licensed EMT, so he ended up being the first responder on the scene. The Tesla driver didn’t respond to the EMT at first, though later statements from the police indicated that the EV driver only sustained minor injuries. No passengers from the train were injured during the crash as well.

Ultimately, crashes such as this are among the reasons why Tesla is pushing the development of technologies like Autopilot and Full Self-Driving. Systems like FSD tend to drive conservatively and cautiously, and they do not get distracted. Thus, when solutions such as FSD are fully rolled out, instances of accidents from distracted drivers would likely see a notable decline.

NBC Bay Area’s report on the Tesla and train’s crash can be viewed below.