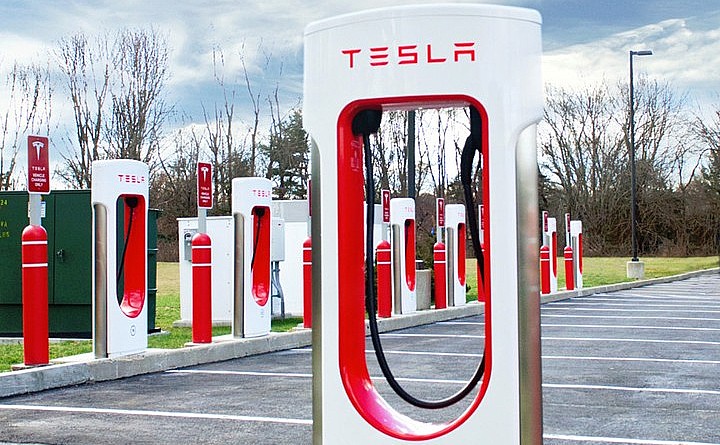 One of Tesla’s biggest advantages in the electric vehicle sector is arguably its Supercharger Network, which allows vehicles to recharge their batteries in a convenient, rapid, and affordable fashion. This was highlighted recently by a Model 3 owner who spent less than $70 in Supercharging fees during a two-day trip that spanned over 1,200 miles, from Buffalo, NY to Melbourne, FL.

Tesla owner Richard Clements shared some insights about his 1,248-mile drive in a recent post on the Tesla Owners Club New York State blog. According to the Tesla owner, the trip was not difficult at all, especially since the Model 3 provided all the information necessary to ensure that the vehicle always had sufficient charge.

Thanks to the Supercharger Network’s reasonable rates, the Model 3 owner only spent an average of $0.25/kWh during the New York to Florida trip. This meant that over the course of the two-day drive, Clements only spent a total of $69.96 in Supercharger fees. The Tesla owner noted that this amount was about half of what he used to spend when he was still making the trip with his Jaguar or CR-V. Even with low fuel prices, Clements noted that he would spend about $140 in fuel costs.

The Model 3’s total charging time at Tesla Superchargers stood at about 207 minutes, though 40 minutes of this was done in a hotel, where Clements spent the night. With this in consideration, the Tesla owner noted that the effective charging time of the Model 3 was actually just around 167 minutes. Based on his driving behavior, which involves stopping for bathroom and food breaks every 3.5 hours or so, the Tesla owner noted that the Model 3’s downtime was comparable to his previous ICE vehicles.

“To make a valid time comparison though, our Supercharging time in Wytheville VA was done right in the parking lot of the hotel where we were spending the night, so that charging time had no effect on our overall travel time. Deducting those 40 minutes makes the effective time 167 minutes. To make a valid comparison, there has to be some downtime on a trip like this. Any ICE vehicle still needs about 10 minutes to refuel at least 3 times on a trip of 1,250 miles, so by my estimate that’s 30 minutes for refueling.

“Also, as a practical matter, we don’t generally last more than about 3.5 hours without a need for plumbing or something to eat, so generally, we’d also be stopping for some meals… Assuming lunch and other miscellaneous breaks on our Florida run, that would easily account for about another 2 hours of downtime. So adding those two hours to the gasoline refueling time, the total would be 160 minutes. That compares to the 167 minutes in our Tesla—only an insignificant 7 minute’s difference,” Clements concluded.

Tesla’s ramp of its Supercharger Network would likely accelerate this year, particularly as the company doubles down on the expansion of its V3 chargers across the United States. Overseas, Tesla’s charging network is also making waves, with the electric car maker establishing a dedicated Supercharger factory just a few miles from Gigafactory Shanghai. The facility is expected to have an output of 10,000 Superchargers per year.

Clements’ full account of his sub-$70, 1,248-mile drive from Buffalo, NY to Melbourne, FL could be accessed here.

Don’t hesitate to contact us for news tips. Just send a message to the Teslarati team through tips@teslarati.com to give us a heads up.