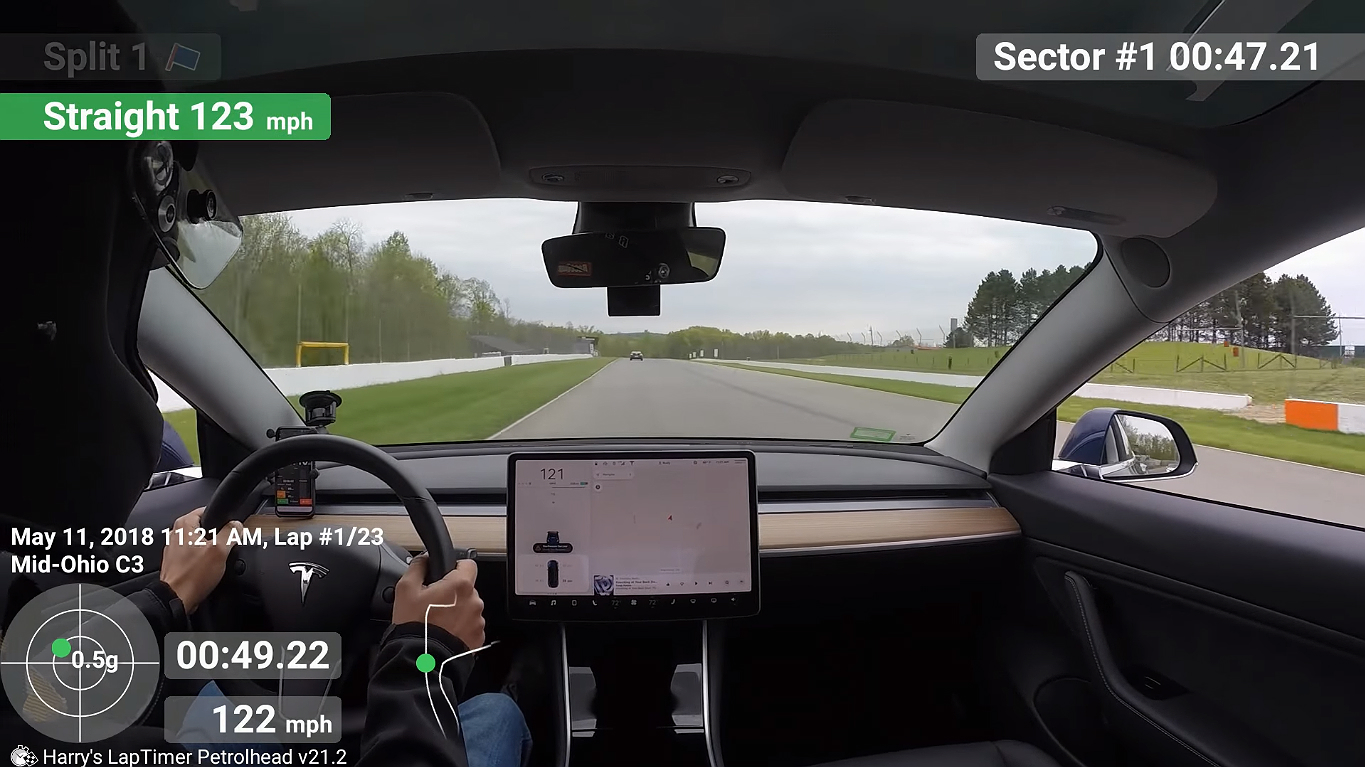 The Tesla Model 3 continues to impress on the racetrack, with the compact electric car recently taking on the Mid-Ohio Sports Car Course in a high-speed run.

If there was one thing that prevented the Model 3 from performing to its full potential, however, it would be its OEM brake pads. After the second lap, Tanov stated that the car’s pads already needed cooling. The auto enthusiast noted that the Performance version of the Model 3, which would likely be equipped with upgraded brakes and better acceleration, would probably be a formidable force in a racetrack.

Tanov’s Model 3 run was also featured in track enthusiast Aaron Eberle’s YouTube channel. Eberle served as a chase car during the Model 3’s run in his 2016 BMW M3 ZCP. According to the BMW owner, the compact electric car’s was impressive overall, especially considering that the Model 3 is a street car.

“This might just be the future of track days for us car enthusiasts! With performance brake pads this car would be lapping even faster, but this is already a very impressive time for a street car,” Eberle wrote.

The Model 3 is starting to prove itself as a capable track car. Even in its current RWD non-Performance iteration, the vehicle is already showing signs that it does not carry some of the limitations of its more premium sibling — the Model S — which is known to throttle its performance when driven hard for extended periods of time.

Earlier this year, a Model 3 ran nine laps around the Laguna Seca Raceway, and just like Tanov’s recent track run, the compact electric car did not show a drop in performance. The Model 3 was also driven hard in an Autocross run, where it showed the same stability in the car’s handling and speed.

Watch Tanov’s track run in the Model 3 in the video below.

Here is Eberle’s view of the Model 3 run from his BMW M3.