Vancouver resident Peter Levey and his wife waited more than two years for their Long Range RWD Tesla Model 3. As part of their celebration for the new electric car, the couple embarked on what was supposed to be a multi-day road trip heading south to San Diego and back. Levey notes that the trip was two years in the making, and he and his wife were looking forward to it.

The first days of the road trip were everything that Peter and his spouse expected, plus more. On the first day of the trip, the couple headed to Portland, clocking in 322.3 miles on the road but only using 68 kWh of their vehicle’s 75 kWh battery, even with the A/C on during the entire trip. Unfortunately for Peter, the trip was unceremoniously cut short when a 4-door Dodge slammed into the back of their Model 3 at the intersection of Coastal Hwy 101 and Matlock Way in Oregon. The impact was notable, causing the Model 3 to get shoved 15-20 ft forward.

Authorities later informed Peter that the Dodge was likely traveling more than 40 mph when it collided with the electric sedan. The gas-powered car was significantly damaged, completely smashing its front end. Its hood was also bent at an inverted V, and its radiator was hanging out. The Model 3 showed far less damage. Multiple panels were dented, but apart from a couple of broken lights at the rear, the structural integrity of the vehicle was not compromised in any way.  Peter noted in a video of the incident he uploaded on his model3man YouTube channel that even the contents of the Model 3’s trunk were unharmed by the collision.

Similar to other stories of Teslas involved in accidents, Peter’s Model 3 protected him and his wife well. They both escaped injury, and they were able to walk away from the crash without any problems. Inasmuch as this is impressive, Peter notes that what really struck him was how Tesla proactively reached out to him after the accident. For Peter, it was this approach to safety that truly made him believe how serious the company is about improving its cars and keeping its passengers secure.

“I have to say two things, and they are both about Tesla, the company, and their response to us. About a minute and a half to two minutes after the time of impact, my cellphone rang, and I looked at it, and I didn’t recognize the number — it was a 1-877. It turned out to be Tesla Roadside Assistance, and their first question was ‘Our computers show that you suffered a major impact. Are you guys okay? Were you in an accident?’ and I cannot tell you how comforting that was.

“It was just amazing. There we were — we felt alone, we felt isolated, we didn’t feel like talking to the guy behind us for obvious reasons, and there comes a call, and it’s from your car company. So we were incredibly impressed by that. And later in the afternoon, and later in the evening, Tesla Roadside Assistance worked diligently with us to try and get the car into Towing Mode, to give us everything we could try. It was most impressive.”

Tesla Roadside Assistance’s proactive response to the accident is just half of the story. A day after, Peter received yet another call from Tesla. This time, the call was from Tesla’s head of safety engineering, who asked if he and his wife were doing alright, and if he had any suggestions on how to improve the Model 3’s safety systems even more.

“The next day, when I got home from Vancouver, I got another call from the head of safety engineering, and he wanted to find out how we were. He also wanted to find out ‘What can we do to make this car safer? What can we do to give an even greater measure of safety to the occupants?’ and that was mind-blowing. I’ve never had that from any car company, and I understand why people now say the Tesla Model S, Model X, and Model 3 are the safest cars on the road.” 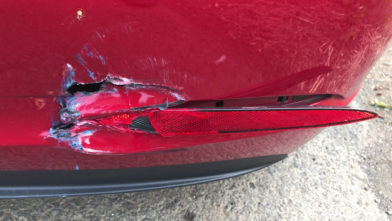 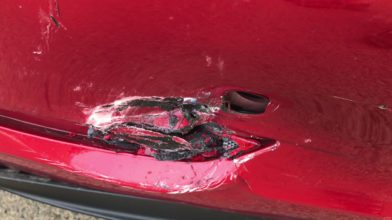 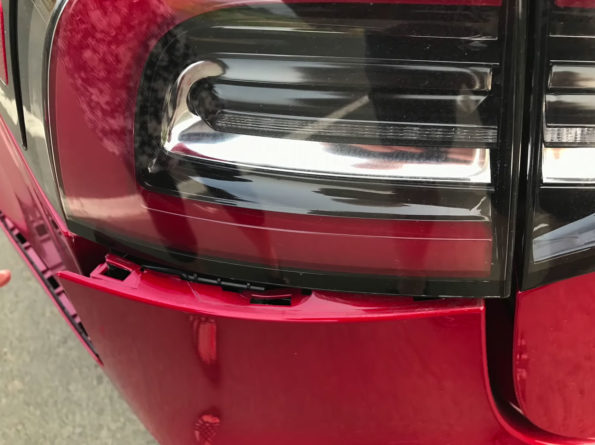 Peter’s Model 3, whom he christened as “Red Dragon,” is currently in a Tesla-approved body shop to see if the vehicle could still be repaired. In a phone conversation with Teslarati, Peter stated that he hopes the wait for his vehicle’s repair (if it is indeed repairable) would not be too long. But even if it does take some time, he lightheartedly noted that he has a considerable amount of experience when it comes to waiting for his Model 3. Ultimately, Peter stated that he is sharing his experience not only to highlight the safety of Tesla’s vehicles. It is also about iterating how Tesla’s proactive response to its customers makes them a unique company that is both innovative and still incredibly emphatic.

“That kind of response inspires confidence among customers. They don’t abandon them when accidents happen,” he said.

Just like the Model S and Model X, the Model 3’s all-electric design does not feature a front-mounted gas-powered engine and a rear-mounted gas tank, which are found on conventional gasoline vehicles. The absence of the engine and gas tank acts as an extra large crumple zone that is capable of absorbing energy during high-speed collisions for. Apart from the ultra-high-strength steel and aluminum used for Model 3’s body structure, its floor-mounted battery pack provides further structural rigidity to the electric car. Earlier this year, the Model 3 was given a “Superior” front crash avoidance rating by the Insurance Institute for Highway Safety, which also praised the vehicle for its Forward Collision Warning and auto brake system.

Watch Peter’s YouTube video of his Model 3’s accident below.